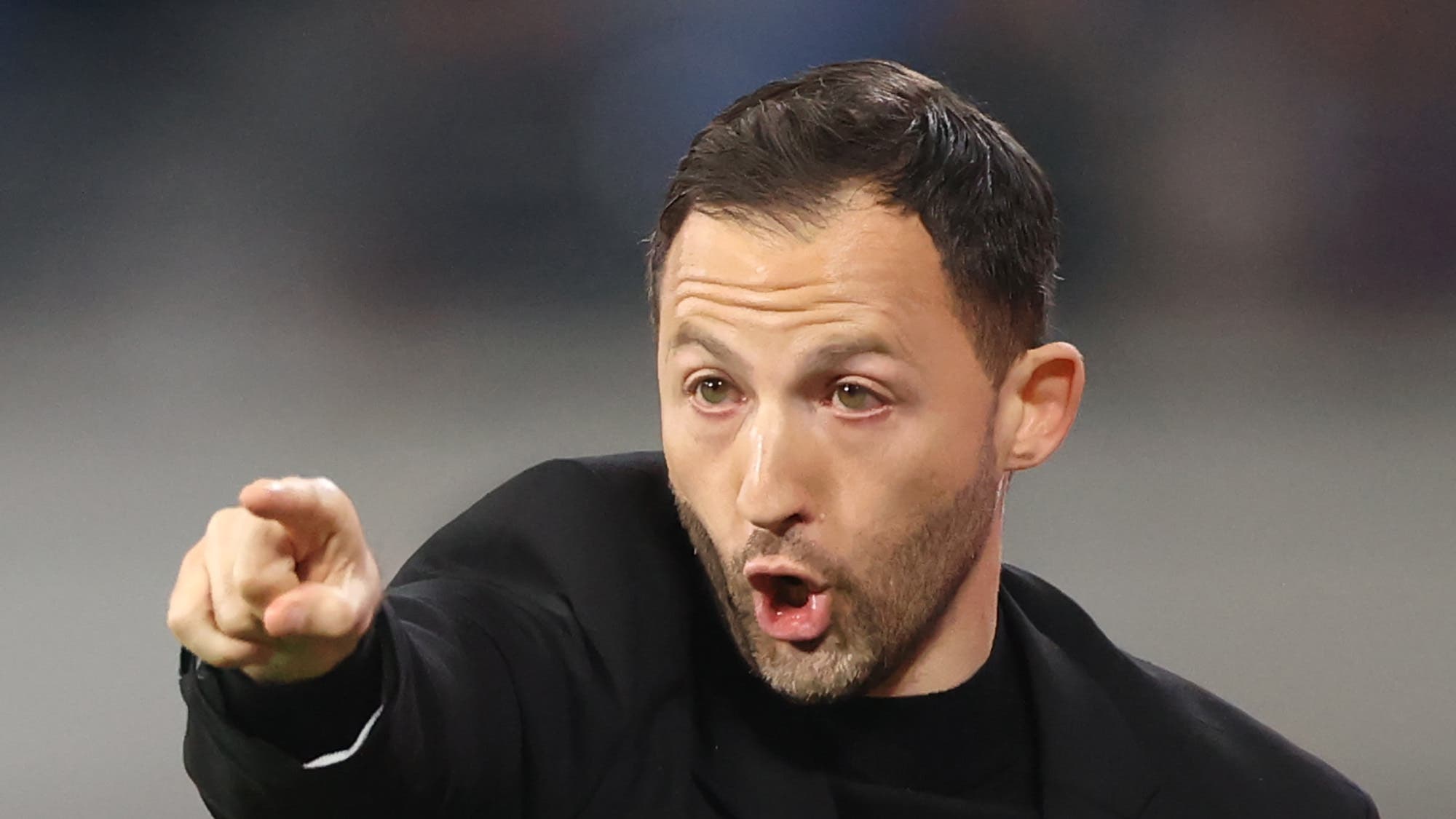 Domenico Tedesco insists goals are on the agenda for RB Leipzig in their Europa League semi-final against Rangers at Ibrox on Thursday night.

However, boss Tedesco believes his side will have to hit the net against the Light Blues who are hoping to reach their first final in 14 years.

The RB Leipzig boss acknowledged the death on Tuesday of Gers kitman Jimmy Bell, saying: “We can only guess how important he has been for the club and we offer our sincere condolences to all involved.

Tedesco said of the match: “We’re leading 1-0 – that’s the starting position. Still, we need goals in Glasgow because we expect Rangers to push hard and make life difficult for us.

“Scoring goals is always a good recipe. We put in a good performance in the first leg despite Rangers being so deep.

“It’s usually a bit different away from home, Rangers will give us more space and if we have more space we can be very dangerous.”

RB Leipzig’s defeat on Monday saw them slip down to fifth in the Bundesliga with a Champions League qualifying place through their league position in jeopardy.

However, Konrad Laimer remains confident of progress at Ibrox.

The Austria midfielder said: “Tomorrow the stadium will be hot. And we will be hot too.

“We players want to enjoy the duel and soak up the special atmosphere in this stadium. In the end we’ll see what comes of it.”

In the midst of such a busy fixture list, Laimer insists fatigue will not be a factor for the visitors at Ibrox.

He said: “Of course your head can also make a huge difference in this sport.

“We are all fresh in our heads and mentally prepared to cope with tomorrow.

“It is our intention to get to the final. That’s what we intend to do.”