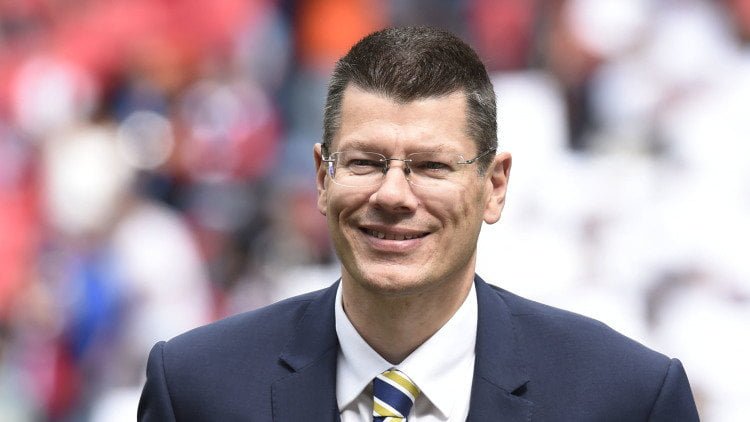 By Peter MartinSeptember 8, 2016No Comments

Neil Doncaster has added Scottish opposition to Champions League changes after the group that represents European leagues hit out at the reforms.

The European Professional Football Leagues accused UEFA of breaching the terms of the deal that governs European club competitions over plans to guarantee 16 teams from the four top leagues half of the places in the Champions League group stages.

The EPFL claimed the reforms of the Champions and Europa leagues were ”without the support and consensus” from domestic leagues and one of its members, the Scottish league, agreed. The champions route, which Celtic used to qualify for this season’s group stages, is set to be open to four teams from 2018 instead of the current five.

SPFL chief executive Doncaster said: “Notwithstanding the welcome retention of a route to the Champions League for the SPFL’s Ladbrokes Premiership winners, we absolutely share the EPFL’s disappointment about the regressive and protectionist direction of travel for the world’s most prestigious club competition.

“There needs to be a far stronger balance between sporting merit and commercial pressures, otherwise we risk an inexorable slide towards an NFL-style closed-shop system. We know that many of our counterparts in other countries share our concerns about the nature of the decision-making process and the lack of consultation with European leagues.

“UEFA has a duty to act on behalf of the entire game, not just a few, select clubs and leagues and it must take that duty far more seriously if it is not to risk presiding over a harmful fragmentation of the game.

“As we said recently, we will continue to be robust and forthright when required in fighting to protect the best interests of Scottish football on this issue, with today a strong demonstration that the majority of other European leagues share our view.”

The EPFL board earlier stated: ”This decision will have a detrimental impact on domestic competitions and will lead to an exponential growth in the financial and sporting gap between the biggest clubs in Europe and all the others.”

The group threatened to terminate the agreement that forbids domestic games competing with European matches but UEFA rejected the accusations.

UEFA’s acting general secretary, Theodore Theodoridis, said: ”The evolution of UEFA’s club competitions is the result of a wide-ranging consultative process involving all European football’s stakeholders, including the European Professional Leagues, and taking into account a wide range of expertise and perspectives.

“The amendments made will continue to ensure qualification based on sporting merit, and the right of all associations and their clubs to compete in Europe’s elite club competitions.”