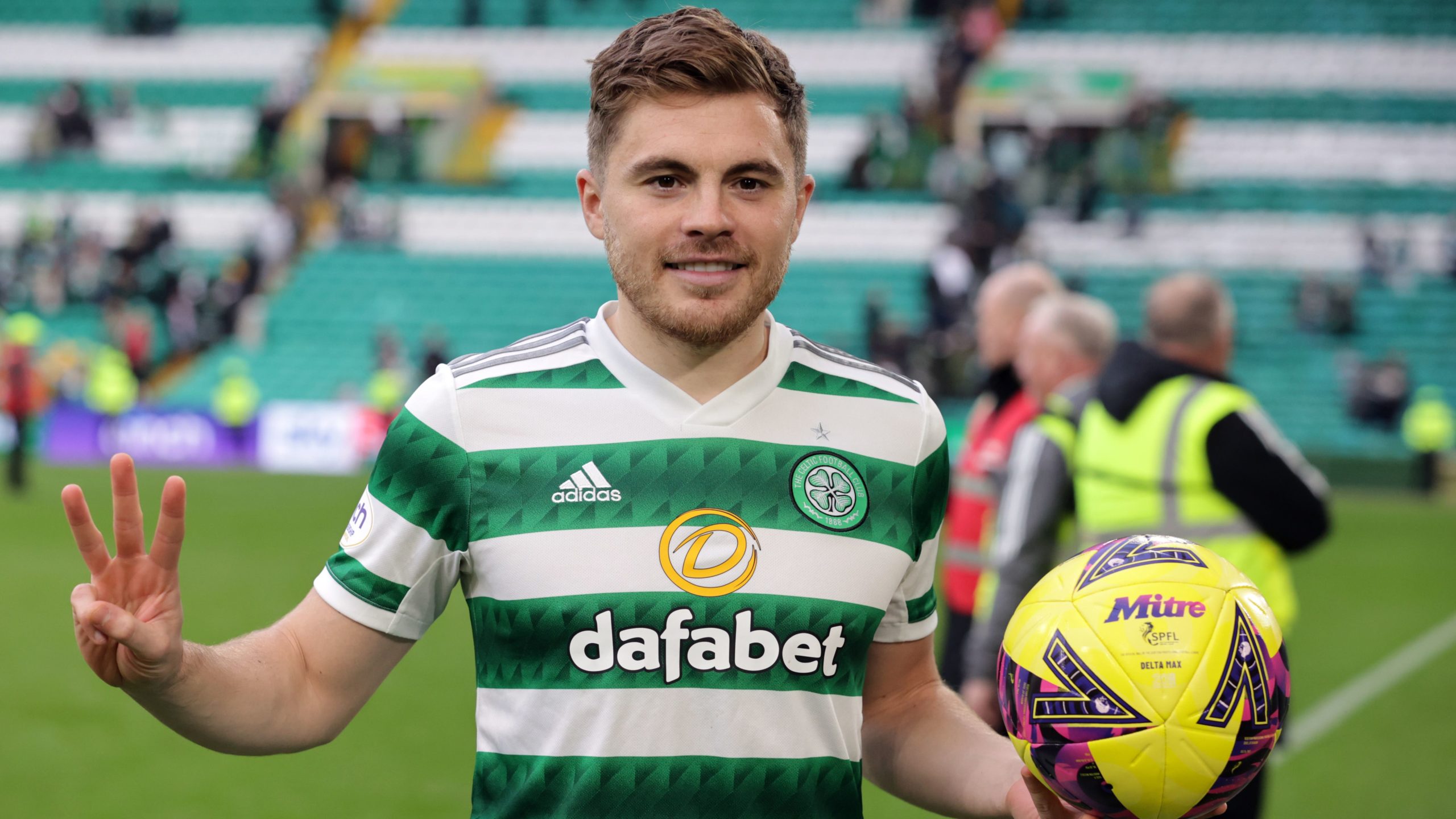 Title-chasing pair Celtic and Rangers both bounced back from their Champions League defeats in midweek with cinch Premiership victories.

There were also wins for Aberdeen and Livingston, while the bottom three all drew.

Here, the PA news agency looks at five things we learned from the weekend’s fixtures.

Scotland winger James Forrest had a day to remember against Hibernian at Parkhead on Saturday. Making his first start of the season, the 31-year-old helped himself to a hat-trick in the thumping 6-1 cinch Premiership win over the Leith side. Significantly, it took Forrest’s goal tally for the Hoops to 100 as the one-club man became one of only 30 players who have scored a ton or more in the green and white hoops.

Rangers grind it out

After coming under fire following Rangers’ 7-1 Champions League thrashing at the hands of Liverpool in midweek, manager Giovanni van Bronckhorst needed to avoid any further calamity on the domestic front. Things did not look great for the Dutchman as the Gers produced an insipid first-half display away to Motherwell, but they cranked things up a notch after the break, with Malik Tillman and John Lundstram goals setting them on course for victory. When Stuart McKinstry pulled one back with 15 minutes left, Rangers could easily have wobbled but – reassuringly for their manager – they held firm to stay on Celtic’s coat-tails.

Battle for third hotting up

Last season, Hearts were in control of the race for third place for most of the campaign before finishing 13 points clear of nearest challengers Dundee United. Many expected the Tynecastle side to kick on and repeat the feat this term. It is not panning out that way. Instead, the Jambos – struggling with injuries and the demands of Europa Conference League group-stage football – are in seventh place as one of six teams separated by just four points between third and eighth. Hibernian are a point clear in third but have lost their last two. The race to finish best of the rest holds plenty of intrigue.

After losing their previous two matches against St Mirren and Ross County, Livingston desperately needed to get back to winning ways against St Johnstone. While it was not the greatest performance from the Lions, they managed – as they so often do in tricky times – to come away with three valuable points and climb back into the top half of the league ahead of a formidable double-header against Rangers and Celtic.

Bottom of the table remains the same

No team is getting isolated at the bottom of the table yet. Kilmarnock, Dundee United and Ross County went into the weekend’s fixtures locked together on eight points apiece and the fact they all drew meant nothing really changed except they moved within a point of ninth-place St Johnstone. Killie, sitting in 10th, drew a blank against St Mirren in Paisley, while United made it three matches unbeaten with a 1-1 draw in Dingwall and remain 11th, with Malky Mackay’s men bottom on goal difference.