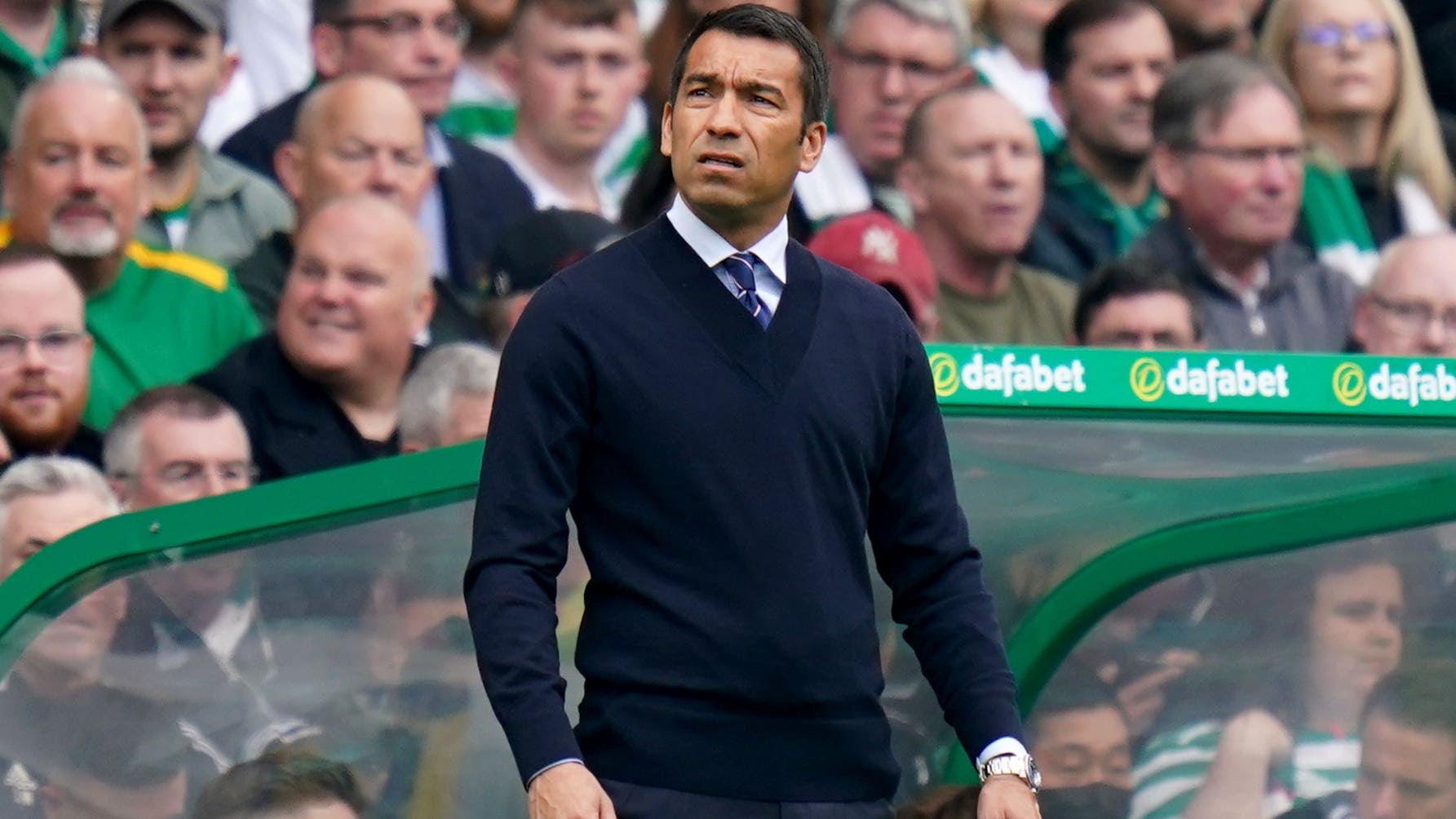 In an pulsating final Old Firm fixture of the season, the home side took the lead  in the 20th minute through Portuguese attacker Jota’s close-range finish but Gers striker Fashion Sakala levelled in the 68th minute with a powerful drive before hitting the post in a dramatic finale.

With just three fixtures remaining, Celtic remain six points clear and with a better goal difference of 19, a commanding lead which the Gers manager noted in his post-match Sky Sports interview.

Without conceding the title was definitely lost, the Dutchman said: “I think only a win today would give us a chance to close the gap even more.

“It’s still six points with the goal difference in favour of Celtic so it will be more difficult after today.

“As I said before the game, we needed a win to close the gap to three points. We didn’t, we drew, but I couldn’t have asked for more from my players, what they have given.

“Especially in the second half, we pushed really hard to come back into the game, which we did, and get good opportunities to win this game in the final 10 or 12 minutes.

“Definitely second half you saw, after 60-65 minutes, we were getting stronger and stronger.

“We did very well in those moments, created great chances, hit the post. What can you ask for more?

“The only thing is we didn’t score the big chances we had.

“We did everything we could to win this game but in the end we are two points short.”

Rangers now turn their attention to the second-leg of their Europa League semi-final against RB Leipzig at Ibrox on Thursday night where they will try to overturn a 1-0 deficit.

Van Bronckhorst feels the display against Celtic stands Rangers in good stead for the return game against the Bundesliga outfit.

He said: “We have to prepare well, we had a good performance, physically we looked strong as well.

“Now we have three days to prepare for Leipzig at home and reach the final in Europe.

“We have got to prepare like we always do and make sure we have the same intentions and character we showed here because we also need it on Thursday.”

Ange Postecoglou would not concede that the 1-1 draw against their city rivals had effectively made Celtic champions.

The Hoops boss, whose side are 29 games unbeaten in the Premiership,
is looking to finish the season with a flourish.

He said: “I don’t know about unassailable but we are in a strong position.

“We have three games to go, two of them at home. We have been so strong at home all year, including today, we didn’t lose.

“From our perspective it gives us a great opportunity to take advantage of the position we are in.

“The thing with us, we don’t want to sort of just get there, we want to finish strong and we have three games to do that.

“The boys are not jubilant. They understand that they had to work hard today to get something out of it.

“We will keep improving as a football team but the character they are showing at the moment, that’s priceless.

“That’s what is going to hold us in good stead not just for this year but for years to come if we keep having that mentality of taking on every challenge before us and making sure we don’t yield and we don’t give up at any stage.

“I think they are a determined lot and they are determined to finish the season strongly.”