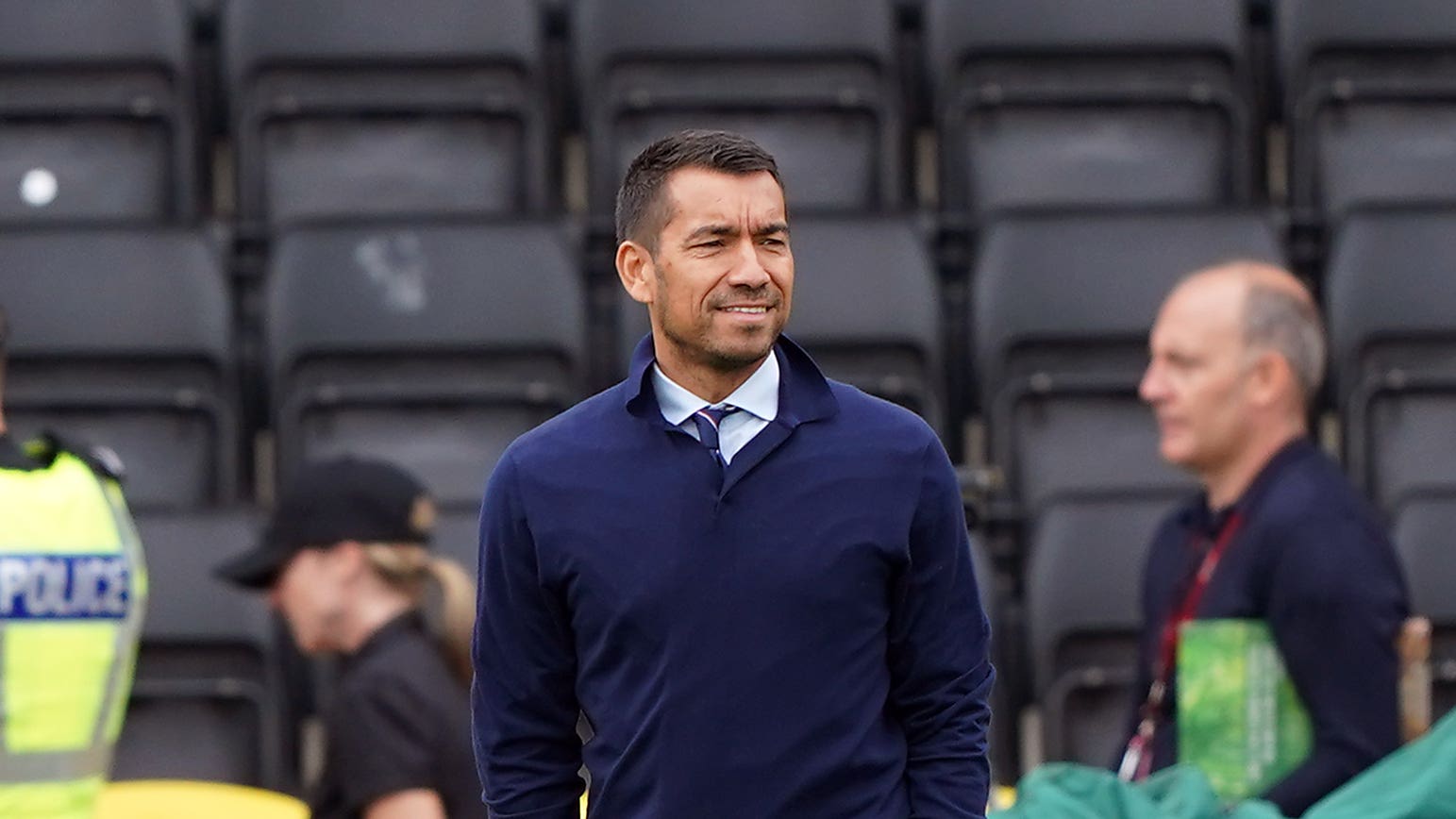 The Light Blues began their cinch Premiership campaign on Saturday with hard-fought 2-1 win over Livingston at the Tony Macaroni arena.

The Gers boss had several players unavailable for the trip to West Lothian where second-half goals from substitute Scott Arfield and captain James Tavernier overturned the early strike from Livi striker Joel Nouble.

Ridvan Yilmaz, the left-back signed from Besiktas, will join up with the squad ahead of the trip to Belgium.

Midfielder Rabbi Matondo will also join in training after missing the Livingston game with a knock while Colombia striker Alfredo Morelos continues his recovery from the thigh injury which required surgery last season.

Van Bronckhorst said: “We will have Ridvan Yilman training with us today (Sunday), Rabbi Matondo as well.

“Morelos has already been training with us a couple of days, in parts of the training.

“And we can take a bigger squad in Europe so we have more players to choose from and we have to see if those players are fit enough to travel.”

Tom Lawrence, who made his competitive debut following his move from Derby County, knows improvement is needed for the trip to Belgium but is confident that there is more to come from the Ibrox side.

He said: “I am looking forward to it. We will need to play better than we did on Saturday and I am sure we will be fine.

“We didn’t show our quality like we should have done.

“The second half we showed our character and resilience but we look forward now and each game we look to put a performance on.”

The Livi  boss said: “I was pleased with the performance but disappointed by the result.

“I thought, to a man, the players should be really proud of themselves.

“If they can take that intensity, application and effort into the next 37 league games, we’ll be in a good place.

“I’m looking forward to it (Dundee United). It brings a different type of pressure.

“Jack Ross is a very good manager and I know Foxy (Liam Fox) as well so I think they have a very good backroom team up there now.

“Jack has a wealth of experience and I think they will be very difficult to be this year but it is a game that we are more than capable of winning.”