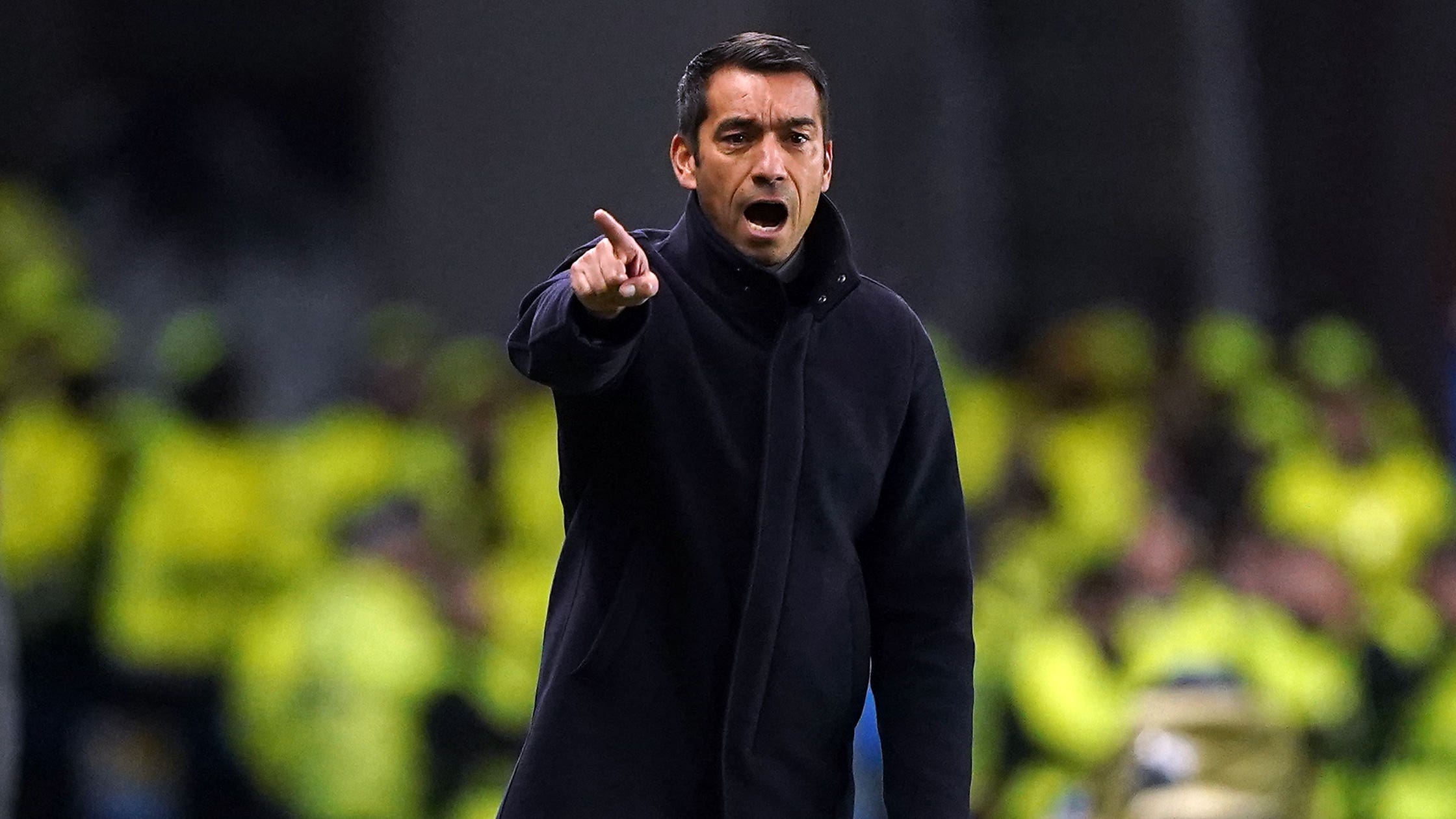 Giovanni van Bronckhorst still believes the Champions League is the place to be for Rangers despite the trauma of this season’s campaign.

The Ibrox men made it into European football’s elite club competition for the first time in 12 years but have found it tough going with the demoralising 7-1 hammering by Liverpool last week their worst-ever defeat at Ibrox and joint-worst of all time.

With four Group A fixtures gone, last season’s Europa League finalists are rooted at the bottom of their section without a point and with just one goal scored and 16 conceded, with a trip to leaders Napoli and a home game against Ajax still to come.

Rangers sit two points behind cinch Premiership leaders Celtic following their 2-1 win at Motherwell on Sunday and are preparing for the visit of Dundee in the quarter-final of the Premier Sports Cup at Ibrox on Wednesday night.

But the Gers boss does not believe European woes add pressure to domestic duties and maintains the top competition is always the target.

“No, the pressure is always there,” said Van Bronckhorst, who revealed striker Kemar Roofe could make his first appearance of the season against the Championship side after recovering from an unspecified injury.

“Last season we did really well in Europe but we had to concentrate on the domestic league as well. This year is the same. It is a big difference in level we face.

“You want to compete and give everything to reach those levels.

“The easiest thing for us is just to be in the Europa League or Conference League because the opposition is less than we are facing now but that is not what you want as a top player or a manager who wants to be competing with the best.”

Van Bronckhorst is keen to add the Premier Sports Cup to the Scottish Cup he won last season, his first trophy as Ibrox boss.

The former Rangers player said: “It is one of the two cups in Scotland and it is silverware. It is very important domestic cup competition.

“The expectation has been here for years.

“Even as a player, the first cup I won in 1998 was the League Cup (Premier Sports Cup) and it is important to give everything in each competition you face.

“We want to win the League Cup but we have to be ready for Dundee. We have analysed them as we normally analyse opponents.

“Tomorrow is another chance to play again. The semi-final is there for us, to win and be back at Hampden again so we want to achieve that.”

The Dutchman admits that due to injuries and a “demanding schedule” he will reshuffle his side.

He said: “We need to rotate because we lost lot of players in the last weeks through injury and we need to find a good balance and load for the players because the squad is smaller. We need to be smart to rotate in certain positions.”