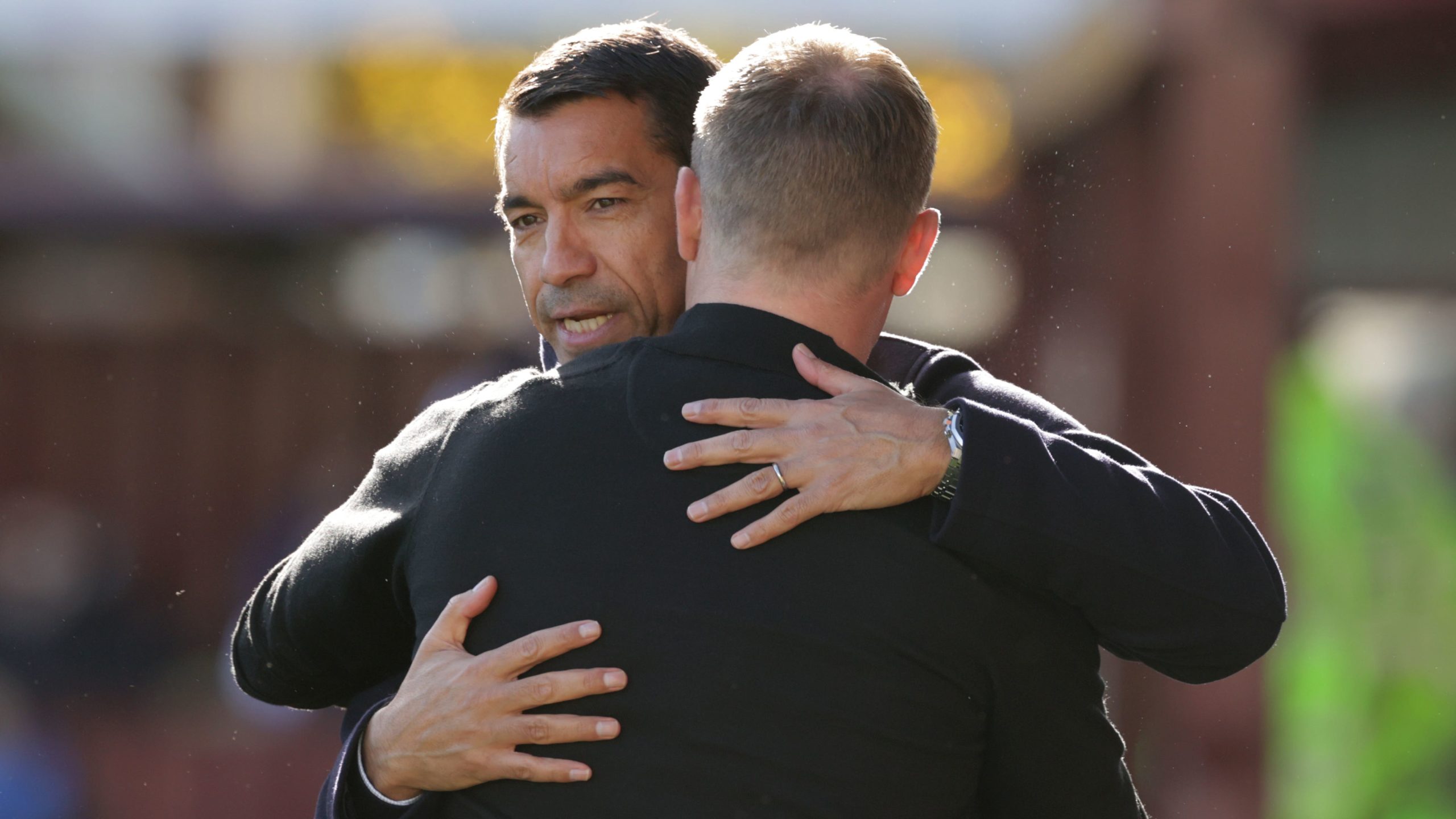 Giovanni van Bronckhorst praised Rangers for digging out a “vital” 2-1 victory away to Motherwell on a day when he admitted they were well below their best.

After a poor first-half display at Fir Park, goals from Malik Tillman and John Lundstram gave the Ibrox men some breathing space before Stuart McKinstry’s free-kick from wide on the left brought the hosts back into the game.

Despite lacking the authority they had shown in defeating St Mirren and Hearts 4-0 in their previous two league games, Van Bronckhorst was relieved to see his team hold on for three points after Wednesday’s 7-1 Champions League annihilation at home to Liverpool.

“It was vital to us to win this game,” the Gers boss told Sky Sports. “I think first half we started well and had two great chances to score the first goal. We didn’t.

“After that we weren’t in the game as we wanted. Second half we did much better and scored two goals, which gave us a cushion.

“In the 15 minutes before time, they made it 2-1 with a free-kick from that side in the top corner.

“You have to give the player credit for the goal. It doesn’t happen a lot these kind of goals. But once you concede a goal like that you have to be ready because they were pushing for the equaliser.

“I think we defended well after that and didn’t give any chances away. That is why I am pleased that in the end we got the three points.”

The win ensured Rangers finished the weekend two points behind title rivals Celtic but Van Bronckhorst admitted his side must improve in “every area”.

“That is obvious,” he said. “The performance we had overall wasn’t as convincing as the previous wins in the league.

“We need to improve that. The build-up in the first half, we couldn’t come into the next phase as we weren’t good enough in our build-up, not quick enough and not trying to get a free man in midfield.

“I think we were too slow in our passing and movement. Second half we did much better.”

“It’s frustration and disappointment,” he said. “I think we put a lot into the game but, again, the goals we concede aren’t good enough. They are too cheap.

“From our point of view, it’s nowhere near good enough.

“If you’re going to defend like that, you’re going to get punished. Attention to detail is nowhere near where it should be. At this level, there’s no way we should be conceding them. Both goals are equally as poor.”

Hammell felt Rangers defender Leon King should have been sent off for a foul on McKinstry in the 87th minute which stopped him breaking through on goal. The centre-back was booked.

“I think it’s a red card,” said the Well boss. “Not for where it is on the pitch and where Stuart’s going to – that’s up for debate – but for the actual tackle in isolation.

“It’s poor, he catches him high and there’s a lot of force in it. I think Stuart’s lucky not to come away with an injury on the back of it. It’s not something we are going to be overly concerned about but in my opinion, it’s a poor tackle.”