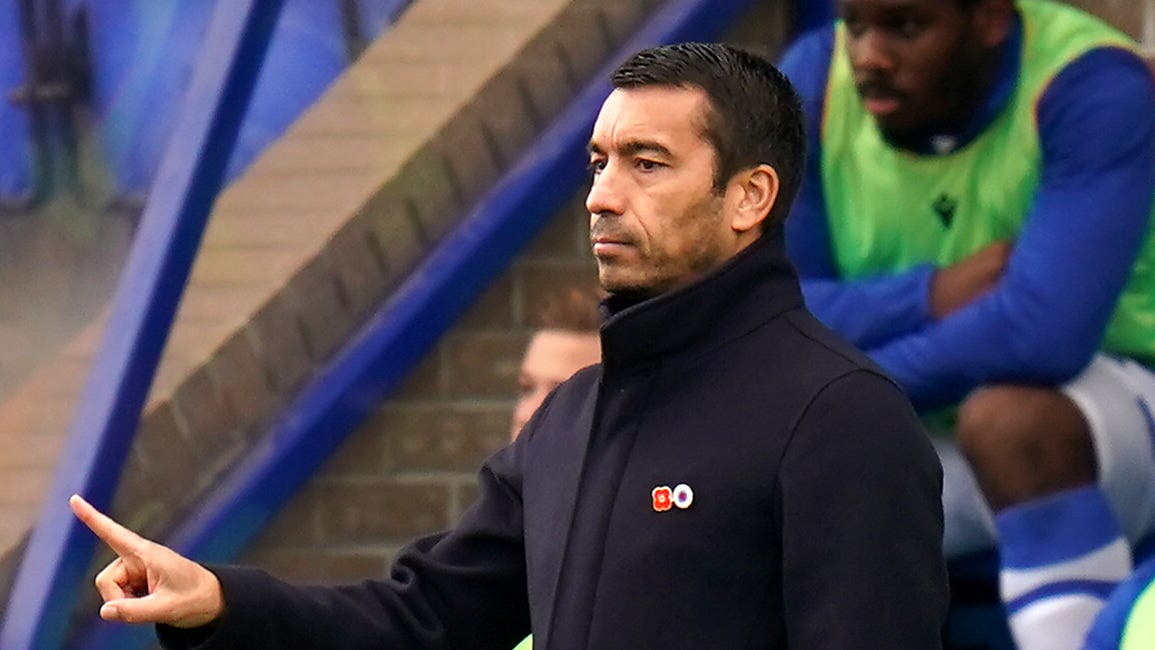 By By Ronnie Esplin PANovember 8, 2022No Comments

Giovanni van Bronckhorst has not had any talks with the Rangers board about his future as pressure on the Gers boss intensified over the weekend.

The shock 2-1 defeat by St Johnstone at McDiarmid Park on Sunday meant the Light Blues have lost five points from their last nine and sit seven points behind Celtic at the top of the cinch Premiership.

The Govan outfit claimed an unwanted Champions League record when they lost 3-1 to Ajax at Ibrox last Tuesday night,  leaving them with six straight Group A defeats and minus 20 goals, which has added to the ire of increasingly disgruntled fans.

Ahead of the home game against Hearts on Wednesday night, the Dutchman said: “I speak to Ross (Wilson, sporting director) every day. They haven’t discussed my position at all.

“Of course we know how the situation is, we need to add wins, that is all that matters at the moment but I didn’t get any timeline or like ‘you have to do this else’, no I didn’t have any discussions like that with the board.”

The former Rangers player is aware of the growing clamour from the Gers supporters for him to be replaced.

“It’s hard not to be aware of it, I don’t live in a basement,” said Van Bronckhorst, who has added Fashion Sakala to his lengthy list of injured players after the winger picked up a muscle injury in Perth.

“It’s obvious for everyone to see, for myself as well.

“You don’t want to disappoint anything you love. I love Rangers, I love this club, everything that this club embodies.

“Not getting the wins, it is quite disappointing for me to disappoint the fans, my players, everyone involved with Rangers, it is not a nice feeling to have. I am trying to reverse that feeling.

“The only thing is I have to focus on my performance and that of the team. That’s all that matters.

“My job is to win games. No manager is safe if he is not winning games, why should it be different for me? All I focus on is winning tomorrow.”

The Gers boss remains adamant that Rangers can regain form and wrest the title back from Celtic Park.

He said: “Of course I can turn it around, otherwise, I am not sitting here.

“Anything can change in football we saw that last season, we had a six-point lead and it changed by the end of the season.

“It’s football, you have difficult moments during the season and you have to come out of it as quickly and get points.

“But there are a lot of games to be played, a lot of points to be won but the most important thing is for us to win the game tomorrow.”

The former Feyenoord boss put his current difficulties at Rangers into context.

He said: “My situation is not tough if you compare with other people around the world.

“It is not about tough. It is difficult. I had more difficult moments when I was at Feyenoord and when I was a player. All of us in life have positives and negatives.

“When you have bad moments you have to work hard, show your character and keep going and that’s what I am doing now.”