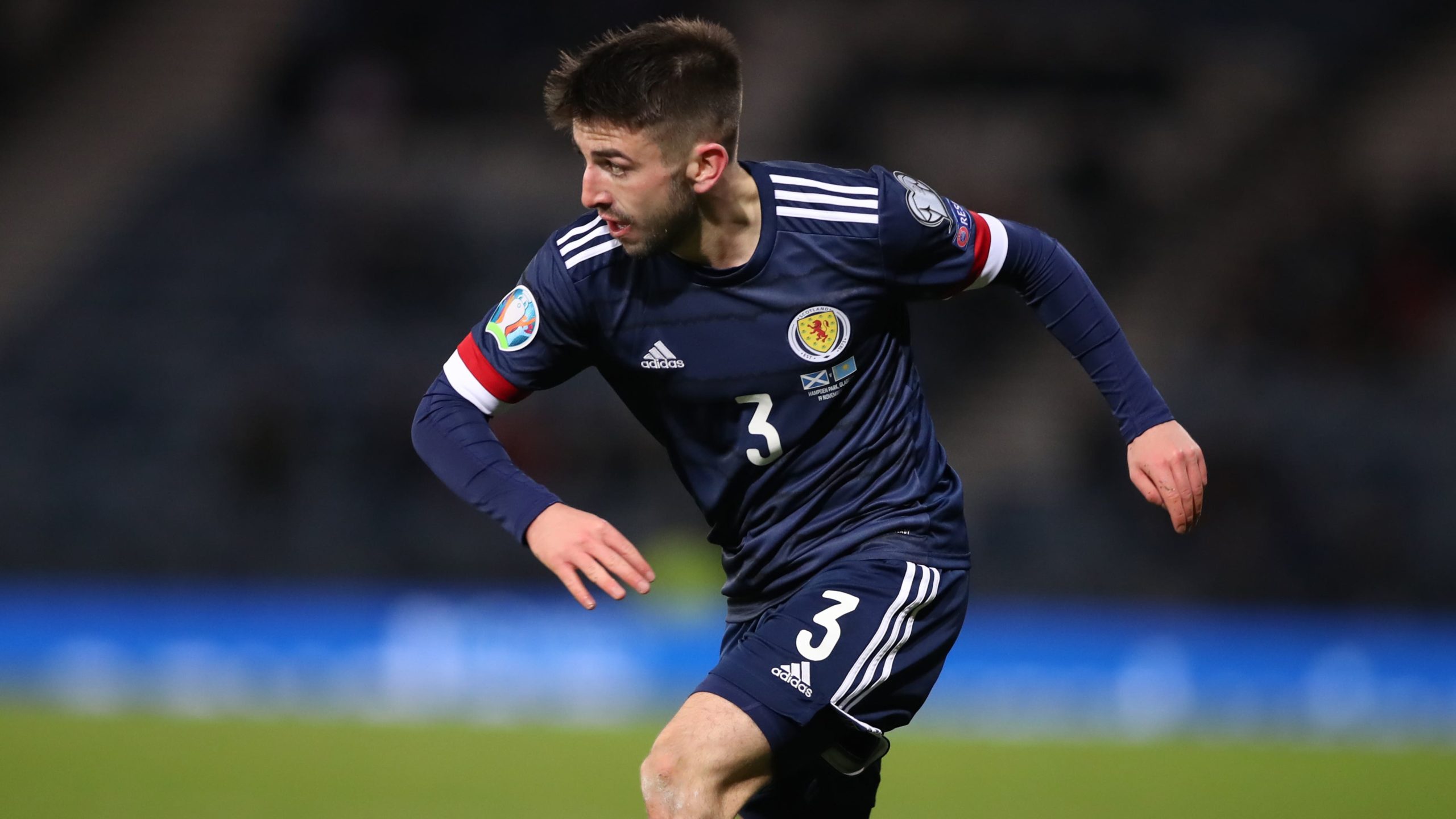 By By Gavin McCafferty PASeptember 19, 2022No Comments

Greg Taylor’s commitment to self-improvement could see him add to his seven Scotland caps during the national team’s UEFA Nations League finale.

Taylor’s Celtic manager, Ange Postecoglou, has hailed the left-back’s drive to better himself ahead of what could be a pivotal international camp for the 24-year-old.

The then-Kilmarnock player was 21 when he made his Scotland debut under former Rugby Park boss Steve Clarke in a 3-0 European Championship qualifying defeat in Belgium in June 2019.

Competition with Kieran Tierney and Andy Robertson has limited Taylor to seven caps but the absence of the injured Liverpool captain could see the Celtic player brought in for Wednesday’s Hampden clash with Ukraine.

Tierney could be a straight replacement for his Premier League counterpart after starting four of Arsenal’s last five matches, all of them victories, but his absence from Scotland’s back three in June – when he was recovering from knee surgery – was a major factor in the stuttering progress.

Clarke devised his system to accommodate Tierney and Robertson in the same team and his back three lacks flexibility and drive when the Gunners defender is not there.

Taylor’s form and assuredness in Champions League games could provide Clarke with the chance to reintroduce Tierney into that back division and give his former Kilmarnock player the opportunity to continue at wing-back after starting in the 4-1 win in Armenia.

Postecoglou said of his left-back’s performances: “He is going really well. He is improving, because he wants to improve.

“But as I keep saying for all our footballers, that’s up to them to change that perception with improvement in performance and training, and everything they do, physically, mentally, on and off the pitch.

“And Greg is one of those guys, he comes in every day wanting to be better, and I think he has seen the fruits of his labour. His performances are continually improving and he has done exceptionally well for us so far this year, including in the Champions League games.

“But he’s only 24. A lot of our players’ best years are very much ahead of them. As long as they maintain that mindset of improvement, then who knows what level they can reach?

“The dangers come when they get sort of comfortable and plateau in a certain space but Greg is not one of those guys. Since I have been here, he has embraced the culture and environment and wants to be the best footballer he can be.”

With goalkeeper Craig Gordon set to shake off a knee knock, Clarke’s major decisions look to be in defence and whether to utilise Tierney and McTominay in the back three.

McKenna has played regularly for Premier League newcomers Nottingham Forest while Hanley has been a regular starter for Norwich but Hendry has not had many minutes either side of a loan move from Club Brugge to Cremonese. Souttar and Cooper are both absent with Hibernian’s Ryan Porteous in as back-up.

Nathan Patterson looks set to feature at right wing-back after an impressive start to the season with Everton, although Aaron Hickey has also been starting regularly there for Brentford. Anthony Ralston’s performances were a major plus in June but he has largely started on the bench for Celtic this season.

Clarke has a wealth of options in midfield including Kenny McLean and Ryan Jack, who both missed the summer schedule, while Che Adams looks likely to start up front against Ukraine after hitting four goals for Southampton already. Lyndon Dykes has not scored in eight matches.

But with three games inside a week, Clarke will need to rotate his squad for the final two Nations League games against the Republic of Ireland at Hampden and Ukraine away in Krakow.