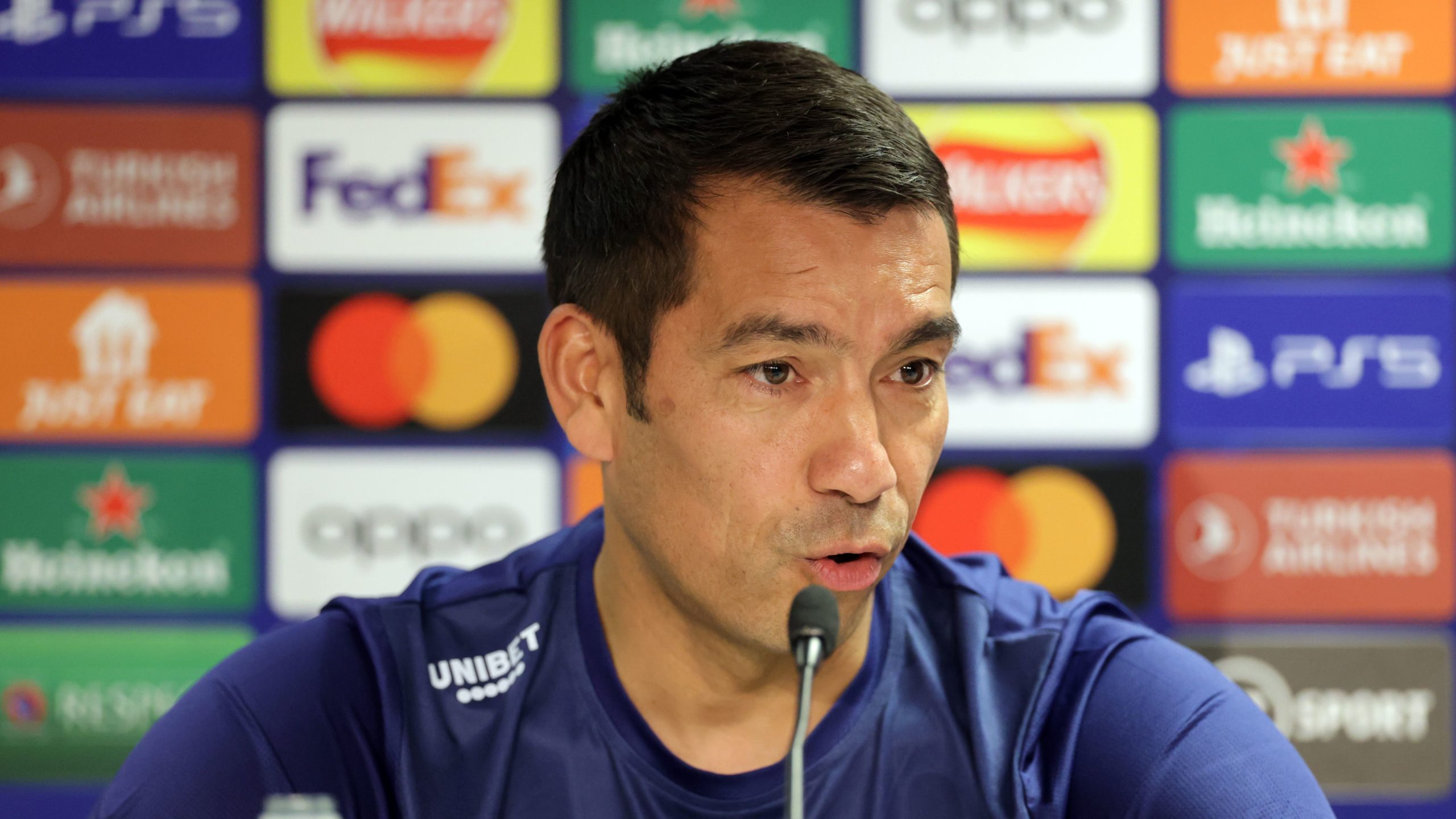 Giovanni van Bronckhorst will stand by his style of play, despite successive 4-0 defeats putting him under the spotlight ahead Rangers’ Champions League clash with Napoli at Ibrox.

The Light Blues began their first Champions League campaign in 12 years last Wednesday night with a demoralising drubbing by Ajax in Amsterdam, which followed a heavy loss to Old Firm rivals Celtic at Parkhead in the cinch Premiership.

The Gers boss, who revealed goalkeeper Jon McLaughlin picked up an injury in the Netherlands and will be replaced by 40-year-old Allan McGregor, while skipper James Tavernier has shrugged off a knock, is adamant that he will stick to his style of play.

Quizzed about a possible change for Wednesday’s visit of the Serie A leaders, who beat Liverpool 4-1 last week, the Dutchman said: ‘No, nothing to change about philosophy. Two weeks ago we qualified for the Champions League.

“Everything was fine. Everyone was praised – about the team, about the staff, about the club. We’re doing well.

“Two defeats later it looks like we haven’t performed in the last couple of years. That’s the dynamic of football.

“I’m not changing anything about my philosophy, how I want to play. Of course there is a lot of room for improvement.

“I think the most disappointing thing about the last two games is that we didn’t perform. That’s the disappointment I have, for sure the players have it because we have talked about it. That’s something that has to change.

“The level we’re facing in this couple of months, we have never endured that in the last 12 years. So, of course, it’s going to be tough. But I don’t understand why we have to put our philosophy on the side.

“We can go to Ajax and play with 10 defenders and try and keep the zero, but we’re not improving as a team like that. I’m sure the opponent we faced against Ajax was an experience my team won’t forget.

“The big learning point is to do it different tomorrow against another quality team in Napoli.

“For sure we faced heavy defeats. We talked about it and now is the chance tomorrow to get a good result.

“Playing at home for us is a big difference. Being a Rangers manager or a Rangers player, two defeats in a row is not acceptable.

“That’s something different than putting your philosophy aside. We go out tomorrow with the same philosophy and try and win the game.”

Van Bronckhorst insists he has every faith in the experienced McGregor coming in for such a big game.

He said: “Jon is not available, he picked up an injury in the last game so we will not be involved.

“Of course it is different for Allan, that he is not starting the games from the beginning.

“I have no doubt in my mind that he will perform.”

Tavernier failed to return after the break in Amsterdam, but Van Bronckhorst believes the weekend’s rest, after their Premiership match with Aberdeen was postponed following the death of the Queen, will have benefited the full-back.

He said: “Well he’s definitely better than last week because all the games we played in a row did not help his physique.

“The one-week break for Tav is really welcome because it meant he could recover more days than normally.

“He is an important player. You can see his quality he brings to the team.

“He will be much better physically than he played against Ajax.”