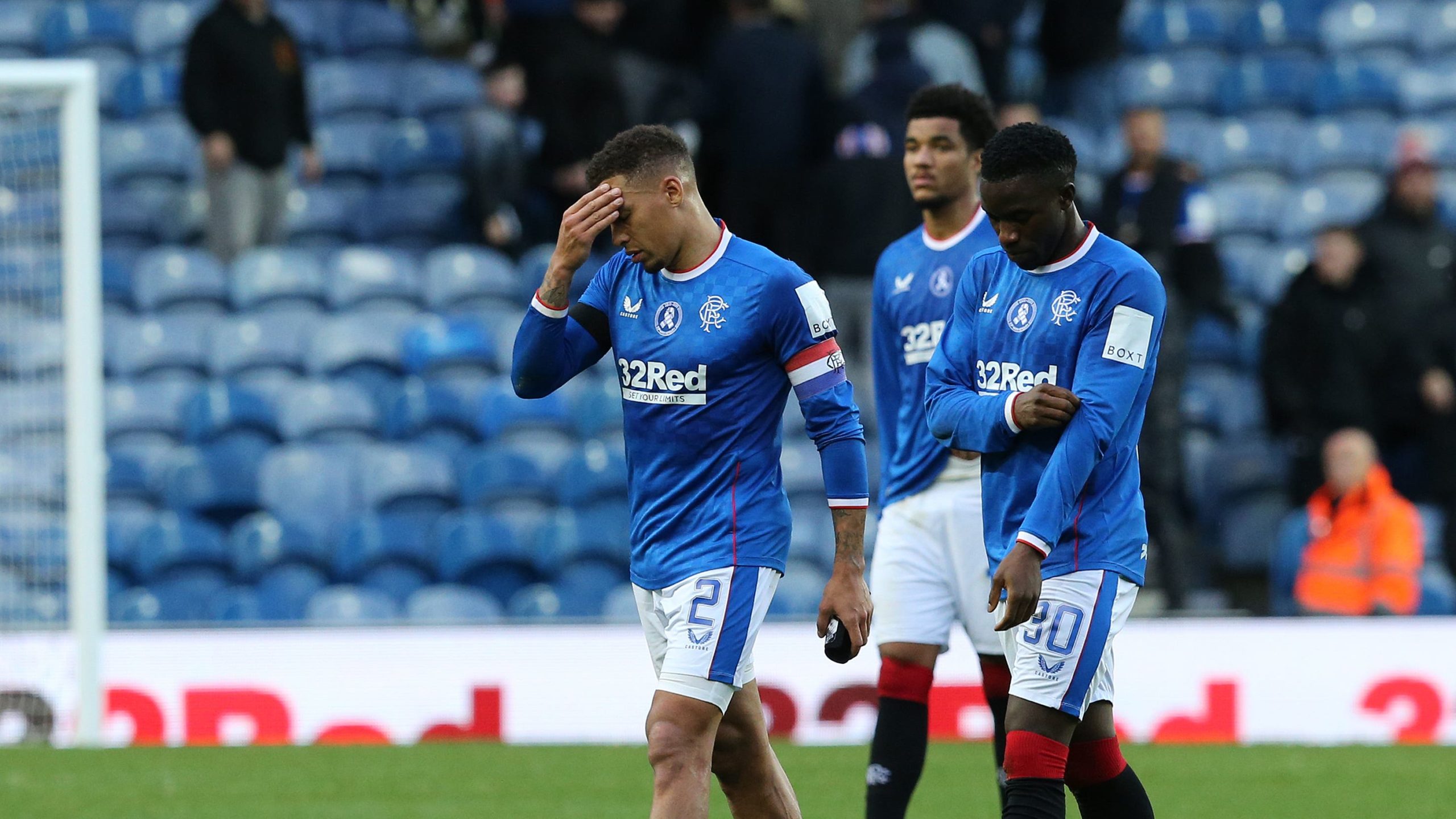 Skipper James Tavernier apologised to the Rangers supporters who booed the team off at Ibrox again following their 1-1 draw with Livingston.

Gers fans had been unhappy after their side struggled to beat Dundee 1-0 at home in the Premier Sports Cup quarter-final on Wednesday night, but the expected response did not materialise against the well-drilled Lions.

Livi striker Joel Nouble forced the visitors into the lead in the fourth minute  and from then on it was all huff and puff from the home side before Livingston substitute Morgan Boyes was sent off with the help of VAR in the 78th minute for a tackle on substitute Alfredo Morelos.

Gers midfielder John Lundstram volleyed in an equaliser in the final seconds of normal time but they could not find a winner in seven added minutes and they ended the day with the boos of their supporters ringing in their ears and sitting four points behind cinch Premiership leaders Celtic with a daunting Champions League trip to Napoli in midweek.

Tavernier said: “They have got every right to boo us coming off the pitch.

“You never want to hear it but our performance over the 90 minutes wasn’t good enough.

“We got a point which is never good enough for our standards at this club.

“We have to apologise to the fans who came and watched but we have to rectify it as a team. It is only us in the changing room who can change things.

“The boss sets us out and we have got to deliver. We have not done that for him and the fans today.

“We know that is not good enough. I have to take the blame for the first goal. It is poor defending by myself. After that they sit in but we have enough time in the game to rectify it.

“Our first-half performance wasn’t good enough and in the second half we changed things and tried to create chances.

“But rescuing a point is not good enough, especially at home. We are all very disappointed in the changing room.

“We have to have a reaction in midweek though we know it will be a tough game.

“We need to come out fighting and show a real attitude in how we play.”