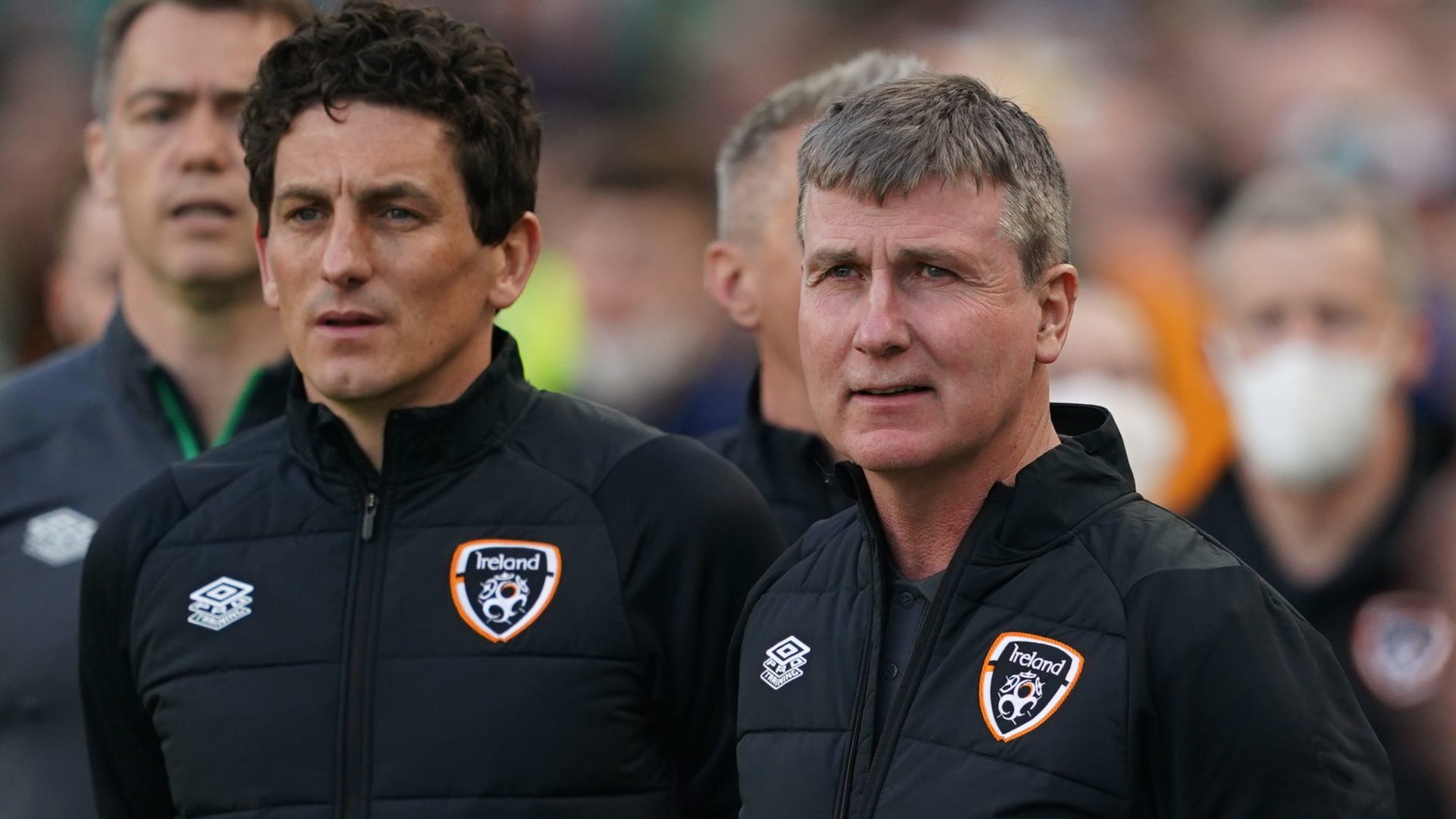 Keith Andrews has praised Republic of Ireland manager Stephen Kenny’s strength of character after watching him battle his way through a difficult start to his reign.

Kenny failed to win any of his first 10 games as Ireland boss, a return which led to criticism of both his appointment and methods.

However, he stood firm and has since been rewarded with a sequence of 11 games which has included just a single defeat – away to Cristiano Ronaldo’s Portugal – and culminated in Saturday’s 2-2 draw with world number one side Belgium.

Kenny will send his side into friendly battle with Lithuania on Tuesday night having recently signed a contract extension.

Asked how he had been behind the scenes during that difficult early period, assistant Andrews said: “He was very composed, always very much sticking to the principles and the belief he has in what the players are capable of achieving.

“Of course we’d make little tweaks here and there, but he’s a very strong individual and I thought he dealt with it remarkably well because there were some not very nice days that we had to endure. You’ve got to take it on the chin.

“I say it to him quite often about when I go back into my local butcher’s, they’re quick to tell me about we should and shouldn’t be doing, and sometimes it’s not particularly pleasant.

“But during that process, he stood really firm. It would be very, very easy as the manager to maybe stake a step back, to sacrifice, maybe, some of your values, your principles for a short-term view, but he stood by it and obviously I was in full support of that.”

Former Ireland midfielder Andrews first spoke out in defence of Kenny in September last year and, while he admits results will always determine a manager’s future, he firmly believed Ireland were always heading in the right direction.

He said: “Football being football, it’s always results-dependent and you’re always beholden to the powers that be.

“It’s not development football, we’re in big boys’ football here, that’s the nature of the business that ultimately if results didn’t come, then decisions have to be made.

“Like I said, we felt we were in a good place even though the results hadn’t been good, we were comfortable with what we were putting in place and the results did come.”

Andrews was drafted into the international set-up by former manager Giovanni Trapattoni, whose safety-first approach paid dividends, but did not necessarily win admirers.

Kenny’s approach is more expansive and while his team remains a work in progress, Andrews shares his philosophy.

He said: “The Ireland team that I played in was very well organised, very difficult to break down. The main focus was what we did without the ball.

“There was a big reliance on the technical players with most ability, in an attacking sense. It was based around that with a manager who probably didn’t have enough belief in what we could do, or was stuck in the way he had always seen the game and the way he always coached.

“Stephen and myself see it differently and have tried to take the team in a different direction.”