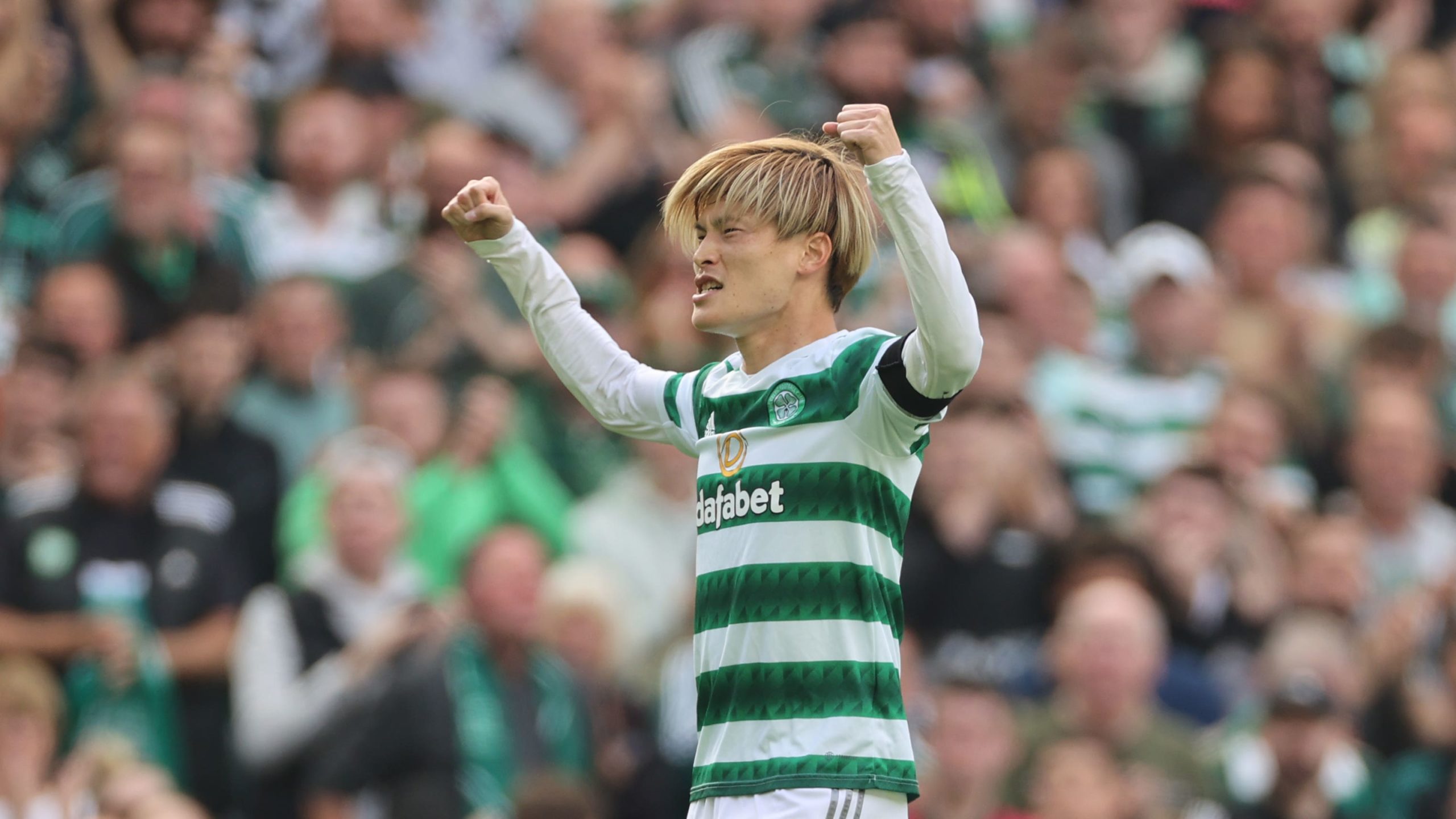 By By Gavin McCafferty PAAugust 21, 2022No Comments

Kyogo Furuhashi and Giorgos Giakoumakis were on target as Celtic beat nine-man Hearts 2-0 to send the champions two points clear at the top of the cinch Premiership.

Furuhashi netted in the 13th minute and, despite having several good chances to add to their lead, Celtic had to wait until stoppage-time to truly wrap up the points.

The much-changed visitors had some decent spells without managing to get a shot on target and they had Alex Cochrane and Toby Sibbick sent off in the closing stages before substitute Giakoumakis hit the second.

Ange Postecoglou named the same team for the third consecutive game while Hearts made seven changes ahead of the second leg of their Europa League play-off against Zurich on Thursday.

Craig Halkett was missing with the hamstring injury he suffered in Thursday’s 2-1 defeat in Switzerland while Craig Gordon missed out with a back spasm. Stephen Kingsley was also absent.

The opener came after Daizen Maeda took David Turnbull’s pass in his stride and shrugged off Cochrane’s despairing challenge before crossing for the unmarked Furuhashi to volley past Ross Stewart from six yards.

Celtic were well on top for the rest of the half. Maeda sent a free header straight at Stewart from eight yards and Matt O’Riley sent an acrobatic effort on the turn just wide. Greg Taylor was also denied by the Hearts goalkeeper and then a last-ditch challenge from Peter Haring.

Hearts enjoyed some good possession in the early stages of the second half and crosses from Alan Forrest and Cochrane caused some angst amid the home support.

Postecoglou brought on Liel Abada and Reo Hatate 10 minutes into the half and the latter came close on the rebound after Stewart had saved well from O’Riley.

Celtic defender Moritz Jenz missed a good chance to net his third goal in as many games when he blazed over from 18 yards after being set up by Giakoumakis, who soon headed over from six yards following Taylor’s cross.

Hatate took a fresh-air swipe after running on to Callum McGregor’s lofted pass to keep the game alive but the red cards wiped out any slim hopes Hearts might have had.

Cochrane received a second yellow card for a foul on Abada before Sibbick got his second booking in stoppage-time when he pushed the Israel winger to the ground as he broke forward.

Giakoumakis was denied by a good save from Stewart before converting Josip Juranovic’s low cross via the boot of a Hearts defender with the last action of the game.