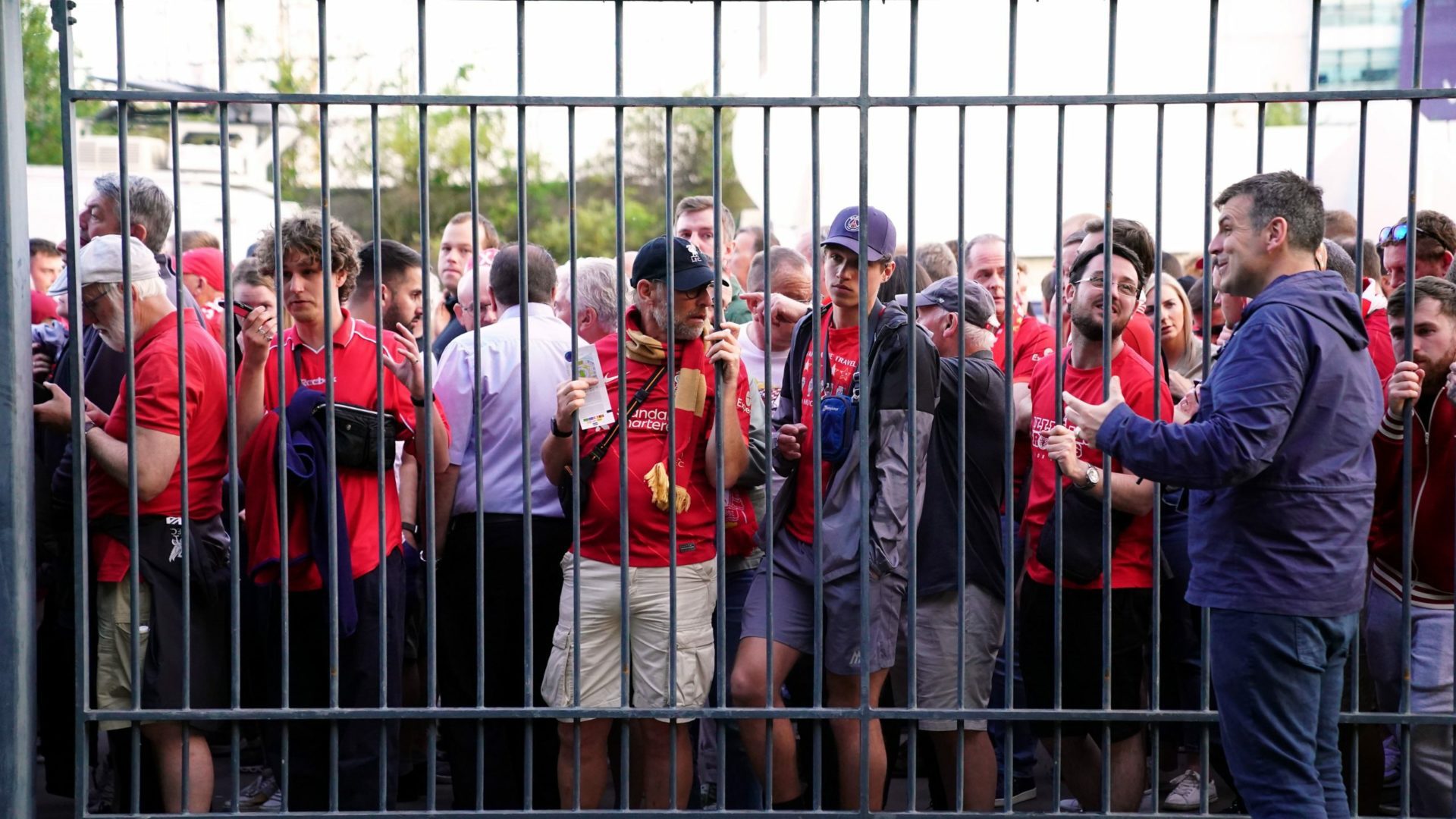 By By Jamie Gardner PA Chief Sports ReporterJuly 19, 2022No Comments

Liverpool fans say they have yet to be consulted by the panel investigating Paris’ chaotic hosting of last season’s Champions League final.

Champions League organisers UEFA appointed Dr Tiago Brandao Rodrigues to lead the review in the aftermath of the match on May 28, which kicked off more than half an hour late.

France’s interior minister Gerald Darmanin initially laid the blame for the delays at the door of ticketless Liverpool supporters for the build-up of crowds at the perimeter of the Stade de France, with police also using tear gas on fans as they waited to gain entry.

However, a report by the French Senate published last week found Reds fans had been unfairly blamed by Darmanin, who it found had wanted “to divert attention from the inability of the state to adequately manage the crowds present”.

The review being led by Dr Rodrigues is due to provide its preliminary findings in September, but the Spirit of Shankly group says neither it nor the Liverpool Disabled Supporters Association had been contacted by him or his panel, seven weeks on from UEFA commissioning the review.

SoS chair Joe Blott and LDSA chair Ted Morris wrote in an open letter to Dr Rodrigues: “In your media statement announcing your appointment, you said: ‘The events of May 28 were distressing for everyone involved’.

“The lack of engagement with fans thus far does nothing to ease that distress.

“We urge you to make contact with supporters – the key stakeholders – as a matter of urgency to restore faith in your review.”

The supporters’ groups said they also remained concerned about Dr Rodrigues’ independence, after The Guardian reported he had been responsible for introducing a compulsory fan card in Portugal to tackle hooliganism.

The French Senate report found the chaos at the Stade de France had been caused by a “chain of events and malfunctions” in the days and hours leading up to kick-off.

SoS called for a full French parliamentary inquiry following the publication of the Senate report and demanded a full apology from the French Government.