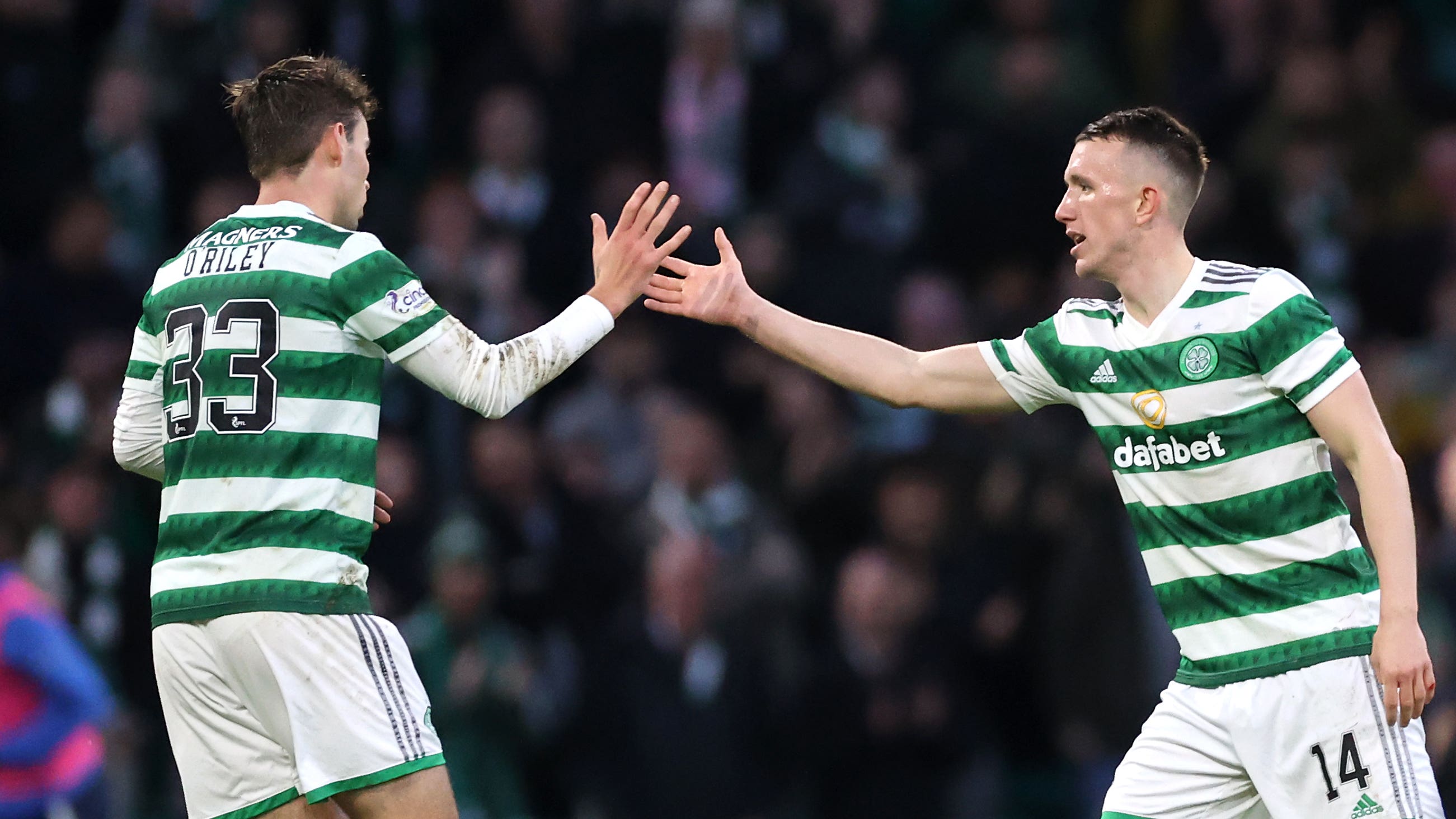 By By Gavin McCafferty PANovember 12, 2022No Comments

Celtic midfielder Matt O’Riley issued a defiant “they still can’t stop us” message after his side bounced back from a contentious penalty decision to move nine points clear in the cinch Premiership.

O’Riley was penalised for handball in Saturday’s 2-1 win over Ross County when the ball hit his arm from close range right on the side of the penalty box.

The midfielder was moving his arm even closer to his body at the time but referee David Munro’s decision to point to the spot was backed by video assistant referee Euan Anderson.

It was the fourth penalty for handball that Celtic have conceded in their last four games – O’Riley was also one of two players to be penalised against Real Madrid.

David Cancola netted from the 50th-minute spot-kick but Celtic were ahead within 18 minutes following goals from David Turnbull and Sead Haksabanovic.

O’Riley told Celtic TV: “I don’t really know what I could have done to be honest. My hands were by my side. I don’t know if the ball hit my arm first or my hip and then my arm but I don’t know where else I can put my arm.

“We have had some strange decisions go against us recently to say the least but they still can’t stop us.”

Manager Ange Postecoglou has been a major critic of the way VAR has been delivered in Scotland in recent weeks and he covered his mouth with his hands in shock when the penalty was given. But he kept his thoughts on the penalty to himself during his post-match media conference.

“Look, I’ve already said that me talking about it the last two weeks has done a disservice to my football club,” he said.

“It’s best I don’t really talk about it any more. The only way they were going to score was a penalty and they got it.  So, from our perspective, we just have to make sure we score more goals than the opposition.”

The comeback made it nine consecutive domestic wins for Celtic since the previous international break.

“I’m just really proud of the players,” Postecoglou said. “They are an outstanding group of players. The quality is there but the strength of character is outstanding.

“We have had 13 games in 42 days, Champions League takes a lot out of you with the travel. To be perfect in the league through that time is just a brilliant effort.

“That was indicative of the way we played, really focused, really strong, not deterred by anything.”

County manager Malky Mackay will also head into the World Cup break in positive mood after his side delivered another encouraging display following back-to-back wins over St Mirren and Hibernian.

“I’ve got nothing but real pride in the players, with the belief they showed to come to Parkhead and limit Celtic to the chances we did,” Mackay said.

“We had tactical discipline to play in a way that negated a lot of the real strengths Celtic have, and to threaten and press ourselves.

“That should give us a real bit of belief for the second half of the season.

“I knew after we scored Celtic would come at us. I was delighted that for the next five or 10 minutes we kept them pretty quiet, despite them coming at us strongly. The crowd got up, and at that point it was about trying to see the game out.

“We never quite managed it, but I’m really proud of the team.”