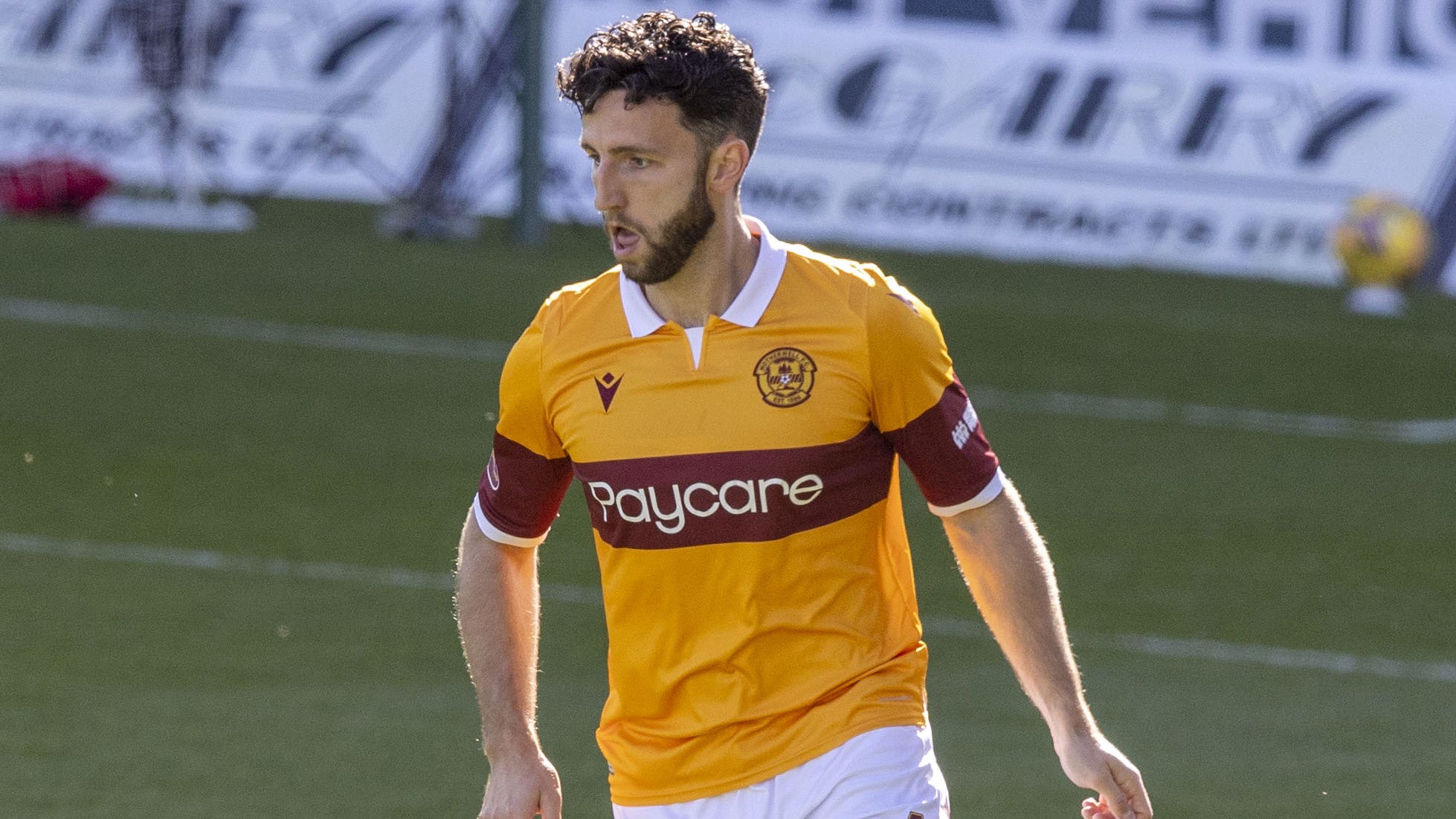 Ricki Lamie was the hero again as Motherwell secured European football with a 2-1 victory over Hearts.

Lamie accepted a gift to net following a 56th-minute corner as Well moved into fourth spot – a point above Dundee United. Both clubs are out of sight of Ross County ahead of the final weekend of the cinch Premiership season.

Lamie had got Motherwell into the top six in the final seconds before the split when he equalised against Livingston.

But his own prospects of playing European football would first depend on him invoking a relegation clause with Dundee after signing a pre-contract with the Taysiders in January.

Hearts were without Barrie McKay and they suffered a major blow 10 days before the Scottish Cup final when defender Toby Sibbick was carried off on a stretcher.

The hosts got off to a flyer with the helping hand of Ross Stewart, who was in for the rested Craig Gordon. The former Fir Park goalkeeper palmed Connor Shields’ shot into the danger zone after Callum Slattery had played a quick ball in behind and Joe Efford sprinted in to convert the rebound inside three minutes.

The home fans’ joy was short-lived. Josh Ginnelly ran on to a headed clearance and burst past a flat-footed Juhani Ojala before slotting home for a ninth-minute equaliser.

Hearts continued to get in behind Motherwell’s three centre-halves and Liam Kelly saved from both Ginnelly and Liam Boyce.

There were hopeful penalty appeals at either end as Slattery went down under Sibbick’s challenge and Lamie bundled Ginnelly over but referee Matthew MacDermid was unconvinced on both occasions.

Kelly saved from Peter Haring as Hearts maintained their dominance but Motherwell might have gone in ahead at the break had Efford squared to the unmarked Sean Goss on a counter-attack. The American took another touch instead and tried a shot that was blocked.

Efford headed wide from a good chance following Shields’ cross moments into the second half and Well looked a different team after bringing on Kevin van Veen at the interval.

The Dutchman had struck the winner off the bench against County on Saturday despite struggling with a bug and his presence helped again, along with a change in formation to 4-3-3 with Ojala going off.

Graham Alexander’s side went back in front after Peter Haring headed Slattery’s deep corner back into the middle of the box and Lamie slotted home.

Kelly saved Cammy Devlin’s free-kick before Sibbick went off in agony after being caught behind the knee by Van Veen as the striker chased a bouncing ball.

Michael Smith came on in his place for his first appearance in three months as the defender looks to shake off a back injury in time to be able to face Rangers at Hampden on May 21.

Motherwell held on without major incident during seven minutes of added time for their second win in four days and only their third league win of 2022.