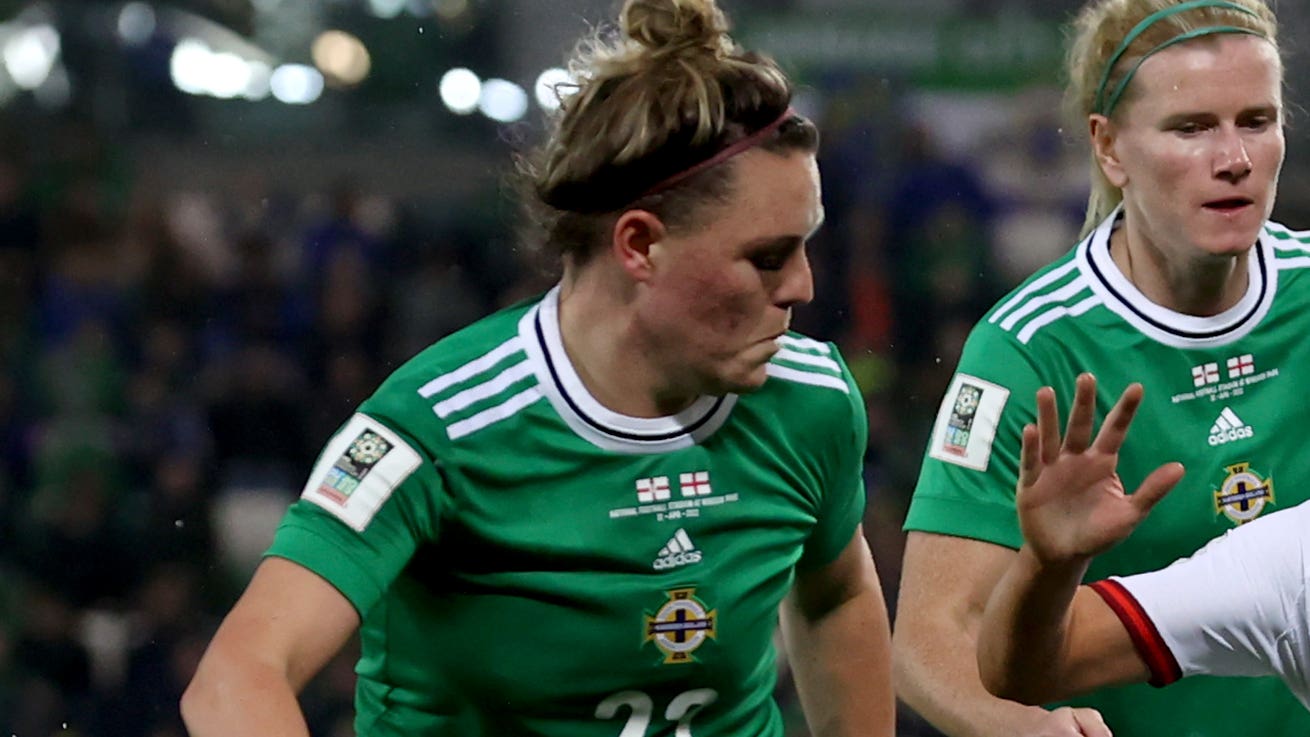 By Press AssociationJuly 5, 2022No Comments

Defender Abbie Magee says Northern Ireland must use their landmark appearance at Euro 2022 to inspire future generations by showing that “anything is possible”.

Kenny Shiels’ side take on former world champions Norway on Thursday evening in Southampton in what will be a first major tournament outing for the women’s team.

Northern Ireland are the competition’s lowest-ranked nation and face a considerable challenge to progress from a group which also contains Austria and hosts England.

Cliftonville player Magee is determined to seize the opportunity to make a lasting impression on young people in her homeland, including the travelling fans.

“Obviously we talk about leaving a legacy but we’re going to have loads of people coming over here to support us,” said the 21-year-old.

“We’re just going to go out and do our best, as we always will. But it’s just showing the girls and boys back home that anything is possible; Northern Ireland can reach major tournaments – I think that’s important.

“They’re looking for your autograph, they want a picture of you and they want to be you and it’s just kind of amazing that we’re going to leave a legacy after this tournament and inspire more girls to play for Northern Ireland.”

Northern Ireland, ranked 47th in the world, qualified for the competition by defeating Ukraine in the play-offs and will play each of their Group A fixtures at St Mary’s Stadium.

Magee insists the squad cannot be overawed by the magnitude of a milestone campaign and need to harness any nervous tension.

“It’s been a bit of a surreal time for us,” she said. “We had our suits and looked the part when we went to the airport. The cameras were there too, which we’re not used to.

“When we landed, I think it really hit us that we’re at a major tournament but obviously we can’t be shocked away from what we’re here for; we’re here to play matches and we want to put on a good performance.

“At this moment in time, we’re ready to go. I don’t think we need any more time or preparation. I think now is a perfect time to show everybody what we’re about.

“Nerves are good, it means that you care and want to perform so we need to use that, and the excitement as well will hopefully help us.”

Northern Ireland forward Emily Wilson believes prolific Lyon striker Hegerberg, 26, is one of many threats in the opposition ranks.

“She’s a top player and she’s had great success in her career but we want to focus on the team, it’s not just about individuals,” said 20-year-old Crusaders player Wilson.

“She’s a great player – one of their best – and can create a lot going forward so we need to make sure that we know about that and are prepared for that.

“But they’ve got great quality all over the pitch as well.”