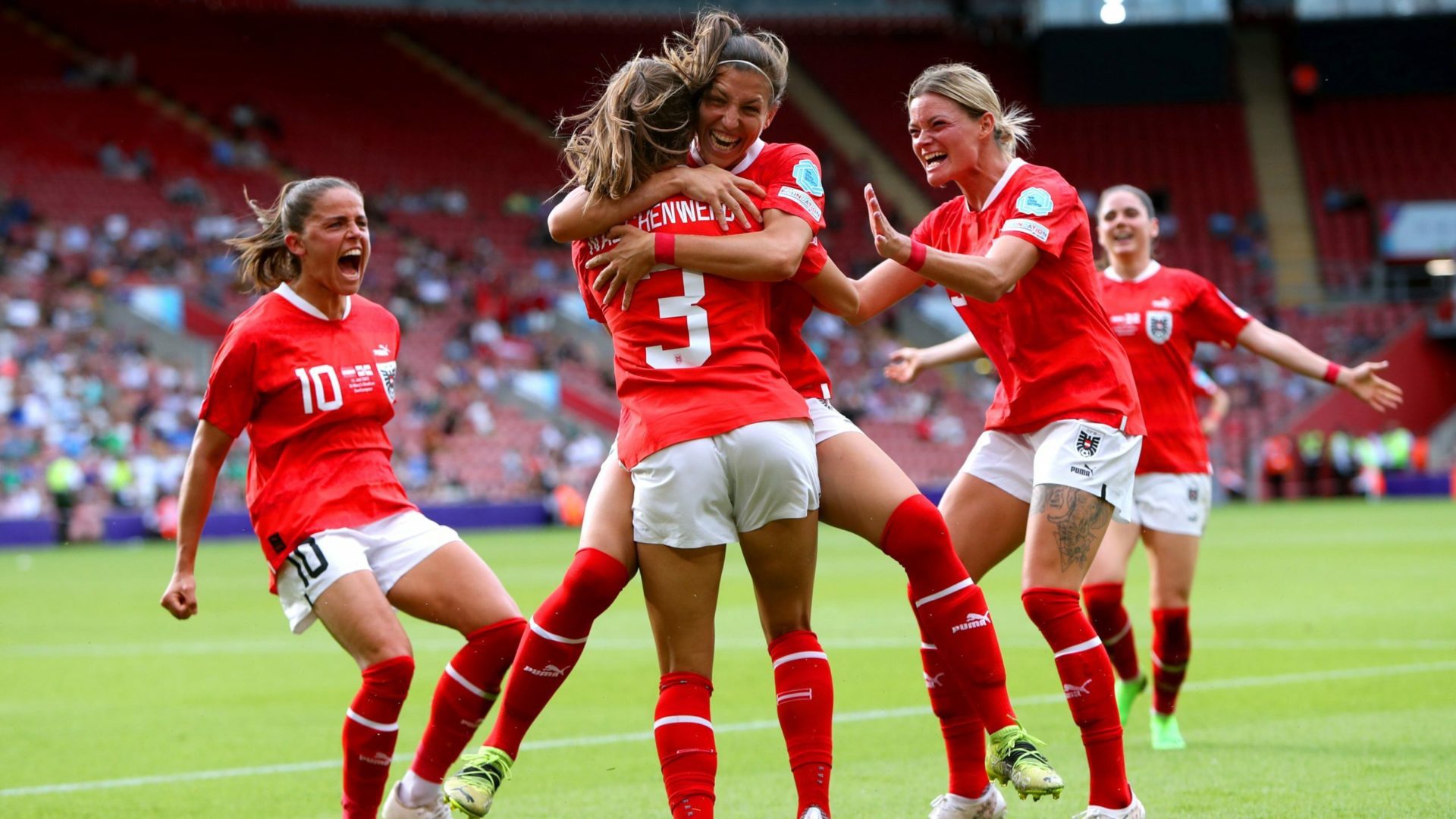 Northern Ireland’s hopes of reaching the Euro 2022 knockout stages all but ended following a damaging 2-0 loss to Austria in Southampton.

Goals from Katharina Schiechtl and Katharina Naschenweng condemned Kenny Shiels’ side to a second successive Group A defeat as the Austrians bounced back from being beaten by hosts England.

The championship’s lowest-ranked nation, who were thumped 4-1 by Norway in their opening fixture, struggled to create in the absence of the injured Simone Magill and never seriously threatened an upset.

Goalkeeper Jackie Burns kept them in the contest until the final two minutes by superbly tipping Barbara Dunst’s lofted effort on to the crossbar, before Naschenweng added to Schiechtl’s first-half opener to put the result beyond doubt.

Northern Ireland will seek to salvage some pride from their maiden major tournament against Sarina Wiegman’s Lionesses on Friday evening.

Austria, meanwhile, remain in contention of progressing to the quarter-finals ahead of completing the group stage by taking on the Norwegians in Brighton.

Northern Ireland faced off against familiar opposition for the third time in a year following a draw and a defeat against the Austrians in World Cup qualifying.

Captain Marissa Callaghan returned as one of four changes made by manager Shiels, who was without star forward Magill due to her tournament-ending knee injury suffered against Norway.

Southampton boss Ralph Hasenhuttl was among a crowd of 9,268 at St Mary’s and saw his home nation deservedly edge ahead in the 19th minute.

Despite the threat of an early exit, Northern Ireland adopted a very cautious approach and were often pinned back, seeking to exploit scant counter-attacking opportunities.

And they were extremely fortunate to only be a goal behind at the end of an opening period in which a tame Lauren Wade effort was their best attempt.

Keeper Burns almost gifted the dominant Austrians a second three minutes before the interval but, after a poor clearance under pressure from Marie Hobinger, she atoned in outstanding fashion by pushing Dunst’s subsequent effort on to the woodwork.

Northern Ireland showed signs of improvement and increased attacking enterprise following the restart, but their inability to carve out clear chances persisted.

Liverpool’s Rachel Furness, who held a shirt bearing the stricken Magill’s name during the anthems, sent a looping header on to the roof of the net.

With Northern Ireland preparing to throw players forward in desperate search of a leveller, Austria sealed victory in the 88th minute.

Abbie Magee was caught out by a searching free-kick forward and substitute Naschenweng expertly skipped beyond Sarah McFadden to clinically strike a low shot beneath Burns.