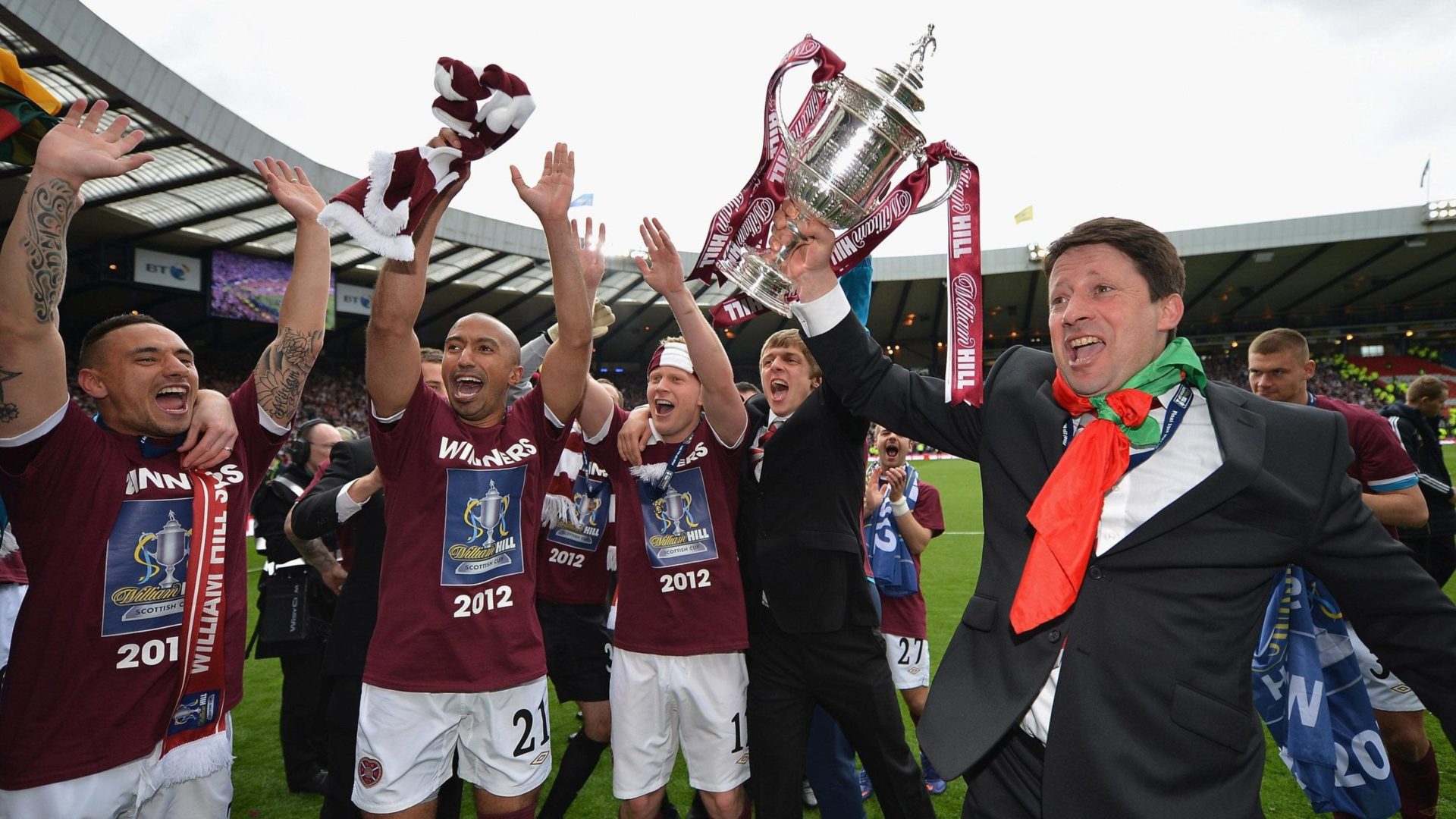 Paulo Sergio is adamant his former club Hearts can end their 10-year wait for Scottish Cup glory if they adopt a bold approach that allows them to capitalise on any Europa League fatigue in the Rangers ranks.

The Portuguese was the last manager to lead the Jambos to success in the tournament when he oversaw the famous 5-1 victory over city rivals Hibernian in the 2012 final.

Sergio is back in Scotland this weekend to support his old club at Hampden, and he feels Hearts’ extra energy supplies could make the difference against a Gers side who were taken all the way to penalties before losing to Eintracht Frankfurt in searing Seville heat in Wednesday night’s Europa final.

“I think Hearts can profit in this moment from Rangers coming from such a big game with a small time to recover,” Sergio told the PA news agency.

“With the right strategy and the right attitude on the pitch, it’s one game, so of course I believe we can win this cup.

“People say 72 hours is good enough to recover a player between one game and the other, but it is still not the same. I am quite sure that the Hearts players will have much more energy to spend in this game than the Rangers players.

“But of course Hearts can’t make mistakes because Rangers are a good team with important players. The Hearts team has to be brave. I would love to press them and not let them feel their way into the game.

“Squeeze them as much as possible to get the ball higher up the pitch and put them in trouble. I think this is not the moment to give them too much initiative because, with initiative, Rangers have enough talent to give you trouble.”

Hearts have played two finals since their 2012 triumph, but this is the first one Sergio – currently in charge of Portuguese top-flight side Portimonense – has been able to attend since that memorable day a decade ago.

And he is excited to return to the scene of the highlight of his career.

“It’s always special to come back to Edinburgh but with a cup final, it’s even more special,” he said after flying into Scotland’s capital from Lisbon.

“It’s 10 years now since we won the last one so I think it’s time to bring a new one for our museum.

“I’m sure it will be fantastic to be at Hampden again. A lot of memories will come back and the chance to be back with the Hearts fans will be great for me.”