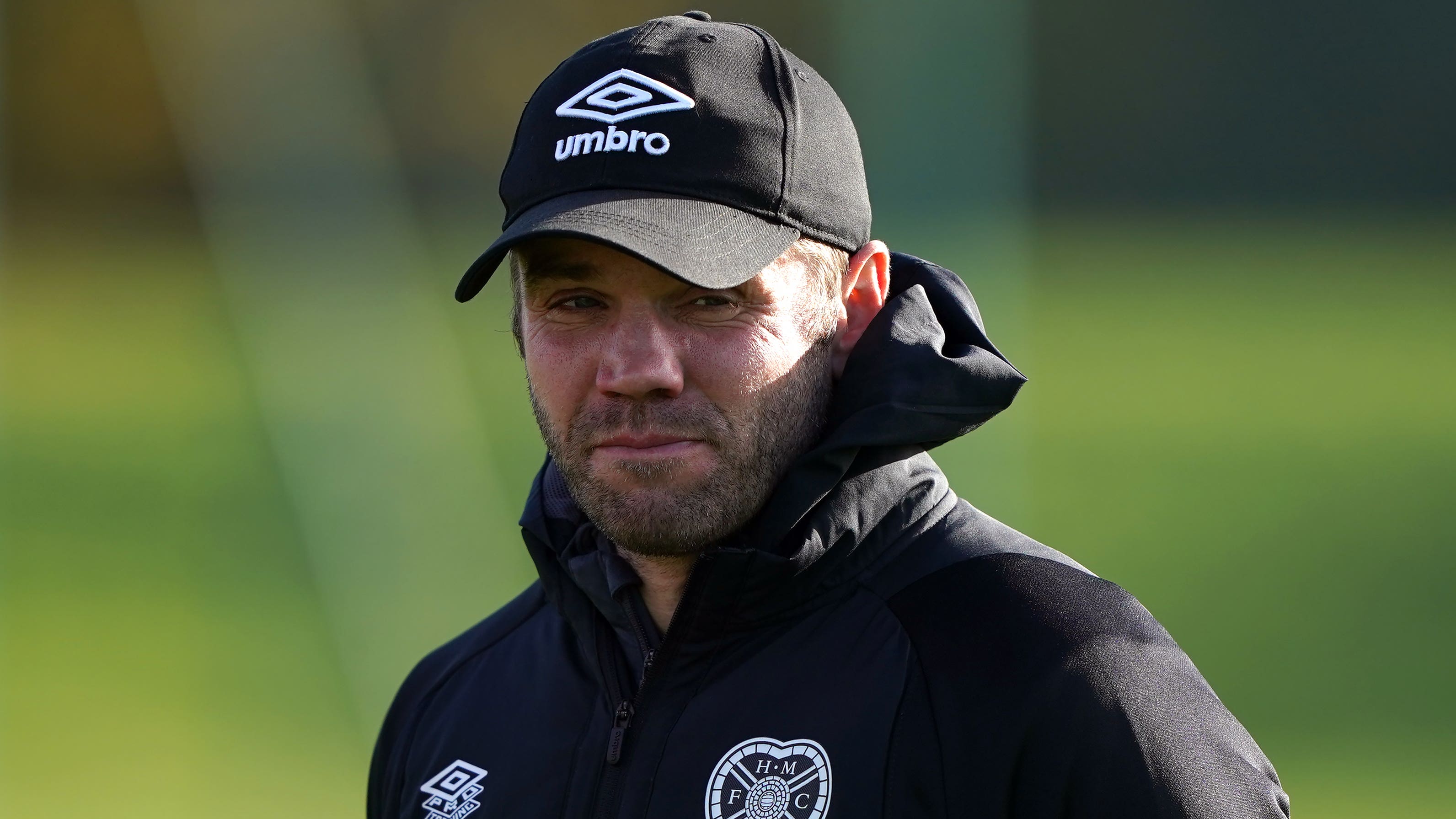 Chief executive Andrew McKinlay claimed the job Robbie Neilson has done at Hearts is “underestimated” as he outlined his desire to see the manager remain at Tynecastle for several more years.

In his two full seasons since returning to the club in the summer of 2020, Neilson has led Hearts to the Championship title, two Scottish Cup finals and a third-placed finish in the Scottish Premiership, which brought the reward of Europa Conference League group-stage football this term.

Despite his record, the 42-year-old has not always been fully appreciated by sections of the club’s support, but McKinlay hopes the manager stays at Tynecastle to keep driving the team “on to greater things”.

“I think Robbie’s done a fantastic job,” the Jambos CEO told the PA news agency after the club’s annual general meeting on Thursday. “Whenever I hear people murmuring about Robbie, the first thing I always say is ‘well, realistically, who would you have instead?’

“More fundamentally, Robbie’s win record is the best of any Hearts manager since the 1930s. I think people really underestimate how good a manager he is.

“He’s got a good team around about him as well, with Lee McCulloch, Gordon Forrest and all the others he has around him. I’m very comfortable and confident that Robbie will continue to take this club on to greater things.

“I would very much love Robbie to be part of what we’re building here over the next few years. Robbie’s on record as saying he wouldn’t really want to leave here without having secured silverware, so that’s what we’d love to do.

“I think Robbie would also like to progress in Europe. We’ve had our first year in the Conference League group stage and should we get back there, he’d obviously want to do better.

“Ultimately for him, I’m sure he’ll want to manage in the Europa League and possibly even the Champions League as well, so I’d love him to be here for that journey.”

McKinlay assured supporters the club are under no pressure to cash in on any of their players, with Kye Rowles in particular expected to attract interest after an impressive World Cup with Australia.

“The club’s position is that we budgeted for no player sales, so we’re very much in the driving seat on that,” he said. “Nobody has come in and asked about any of our players and I’m happy for that to continue. Should anyone come in, we would look at it and make a judgement on whether it was an appropriate offer.

“We’re not in a position where we have to sell. I would much rather Kye, for example, stayed here for the next two or three years, became a Hearts legend and then maybe moved on somewhere else.”

Hearts’ lease on their training base at Oriam expires in 2029 and McKinlay explained that the club are keen to extend their stay at Scotland’s National Sports Performance Centre if they can reach an agreement to have certain aspects of the facility upgraded accordingly.

“We’ve already started conversations with the guys at Oriam around what post-2029 could look like,” said McKinlay. “They’re well aware we would like to stay there but only on the basis they are able to give us what we require.

“I’d like to hope we could stay there going forward because it has a lot of things we couldn’t afford to do ourselves like, for example, the massive indoor pitch. If they’re not able to give us what we need then we will have to start looking at alternatives, but certainly my preference is to stay at Oriam.”