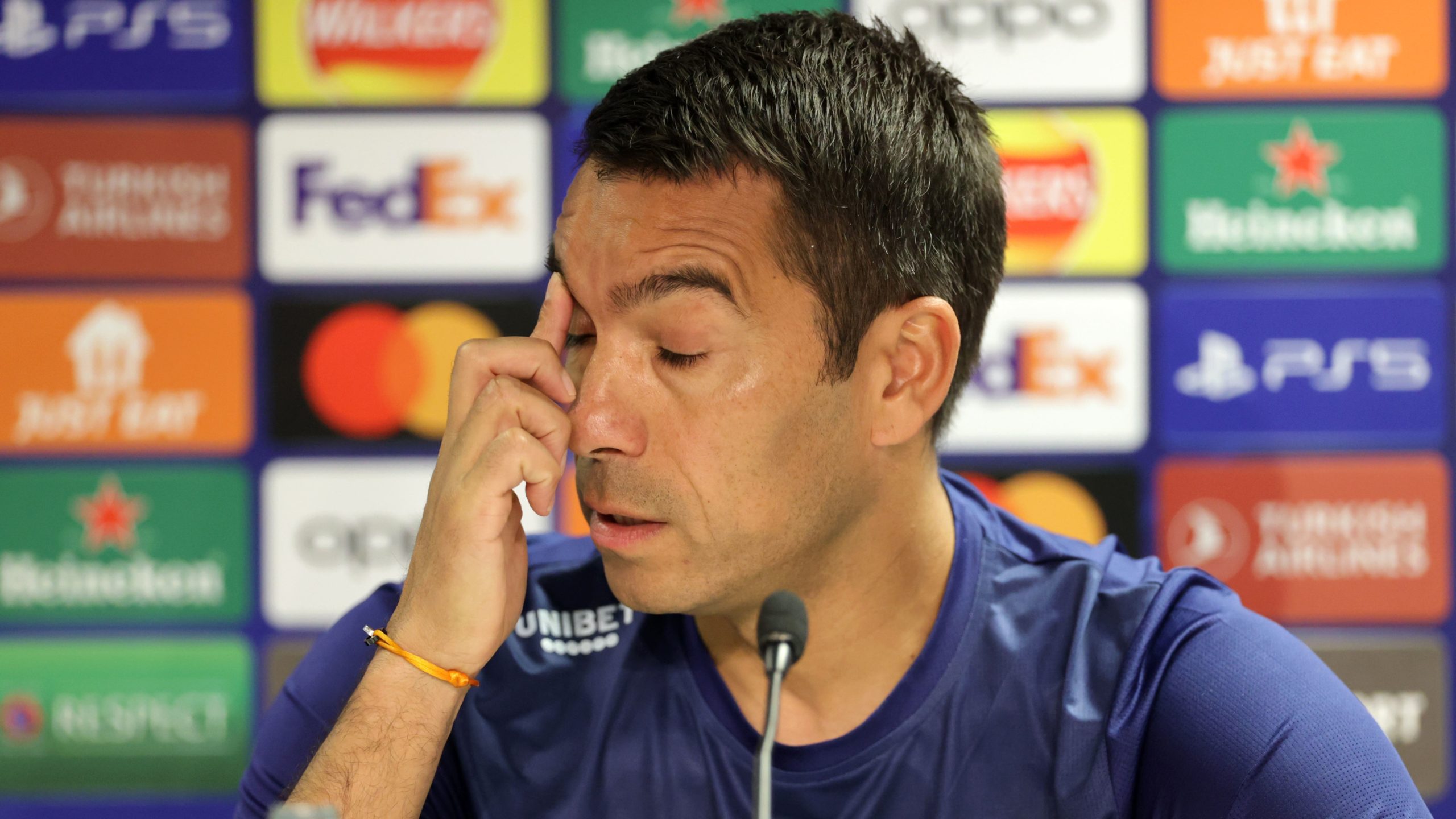 By By Tom White PA Sport Data JournalistOctober 31, 2022No Comments

Rangers go into their final Champions League group game needing a point against Ajax to avoid a piece of unwanted history.

The worst ever group-stage record belongs to Dinamo Zagreb in the 2011-12 season, when they lost all six games with a goal difference of -19.

Giovanni van Bronckhorst’s side are currently at -18 after losing their first five and here, the PA news agency looks at how they compare to Dinamo and the rest of the worst performers.

Rangers’ European campaign was quickly on the back foot as they fell 3-0 behind to Ajax in little more than half an hour of their opening game before eventually losing 4-0.

Defender James Sands was sent off in the first of a pair of 3-0 defeats to Napoli, while Liverpool won 2-0 at Anfield and enjoyed a 7-1 stroll in Govan with a Mohamed Salah hat-trick and two goals from Roberto Firmino.

Scott Arfield’s opener in that game remains the Ibrox side’s only goal in their five games, with the 19 they have conceded putting them in the least desirable of company.

The low point of Rangers’ campaign so far came when Liverpool substitute Mohamed Salah scored a hat-trick in just over six minutes in that 7-1 win.

That brought the closest parallel to Dinamo’s season of woe, with Salah breaking the record for the fastest ever Champions League treble previously held by Lyon’s Bafetimbi Gomis in another 7-1 win over the Croatian side.

Dinamo’s campaign had started relatively respectably, losing only 1-0 to Real Madrid in their opening game and 2-0 to both Lyon and Ajax.

The Dutch giants won the return fixture 4-0 at the Amsterdam ArenA, however, as the floodgates began to creak open.

Like Rangers, Dinamo’s goals came in their heaviest losses – the first two while already trailing by six to Real after doubles from Karim Benzema and Jose Callejon.

They then led against Lyon but capitulated spectacularly, Gomis ultimately scoring four as Lyon edged out Ajax on goal difference to qualify. Dinamo finished with six losses, three goals for and 22 against.

Any defeat for Rangers on Tuesday would see them at least match Dinamo’s -19 goal difference from six defeats, while their solitary goal scored to date matches the rest of the worst records.

Levski’s -16 goal difference was matched by MSK Zilina in 2010-11 and Besiktas last season, while the worst record without a goal scored also belongs to Dinamo as they conceded 15 without reply to Juventus, Sevilla and Lyon in 2016-17. Dynamo Kyiv in 2007-08 and Maccabi Tel Aviv in 2015-16 also had -15 goal differences and zero points.