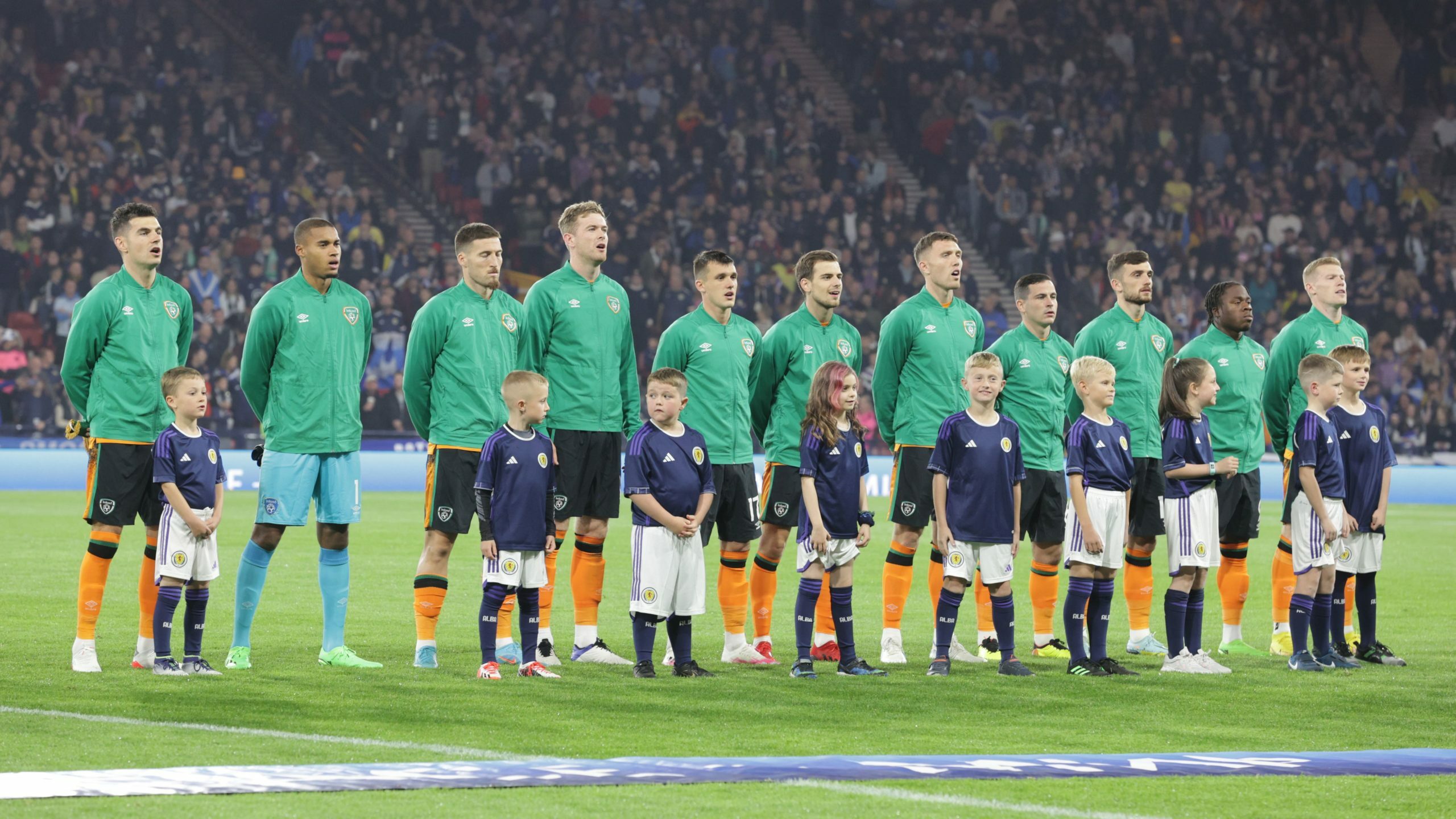 By By Damian Spellman PASeptember 26, 2022No Comments

The Republic of Ireland will bring down the curtain on another difficult Nations League campaign when they welcome Armenia to the Aviva Stadium on Tuesday evening.

Stephen Kenny’s men lie in third place in their group and need a positive result if they are to avoid relegation to League C.

Kenny set out on his second Nations League adventure targeting top spot in Group B1 and the Euro 2024 play-off berth it would have secured. Defeat in their opening two games in Armenia and at home to Ukraine put paid to that ambition, and although victory over Scotland and a point in the return against the Ukrainians suggested there may be better to come, Saturday’s 2-1 defeat in Glasgow means relegation is a possibility – they will kick off a point ahead of Armenia – heading into the final round of fixtures.

Kenny under the cosh

Kenny’s appointment as Mick McCarthy’s successor did not meet universal approval and while he has blooded a new generation of senior international players and adopted a more progressive approach than some of his predecessors, the improvement he is confident his side has made has not necessarily been reflected by results. His 27 matches to date have yielded just six wins and only three in 20 competitive outings, and that is a stick with which his critics continue to beat him ahead of a game he cannot afford to lose.

The Ireland boss insisted before the trip to Hampden Park that he would not be afraid to leave out senior men Seamus Coleman and Shane Duffy because of their lack of club football, and he was as good as his word with neither man making the starting XI in Glasgow. Both skipper Coleman and central defender Duffy have produced time and again for their country over the years and it would be no surprise if Kenny turned to his old dependables in the Republic’s hour of need.

Leading from the front

There was a moment in the Scotland game when, with Jack Hendry having cancelled out John Egan’s opener, Troy Parrott found himself through on goal with a chance to restore Ireland’s lead, but could not find a way past keeper Craig Gordon. Parrott, along with Callum Robinson, Chiedozie Ogbene and Michael Obafemi, are among a pool of strikers who have all scored for their country under Kenny, but the fact remains that only Robinson, with six, has found the back of the net more often during his reign than four-goal defender Duffy.

The seeds of Ireland’s current predicament were sown in Yerevan’s Republic Stadium on June 4, when Eduard Spertsyan’s long-range strike handed the hosts a famous 1-0 victory. The visitors huffed and puffed on the night before running out of steam in sweltering temperatures, and they will need to be significantly better in Dublin if they are to avenge that defeat and end the campaign on a positive note.