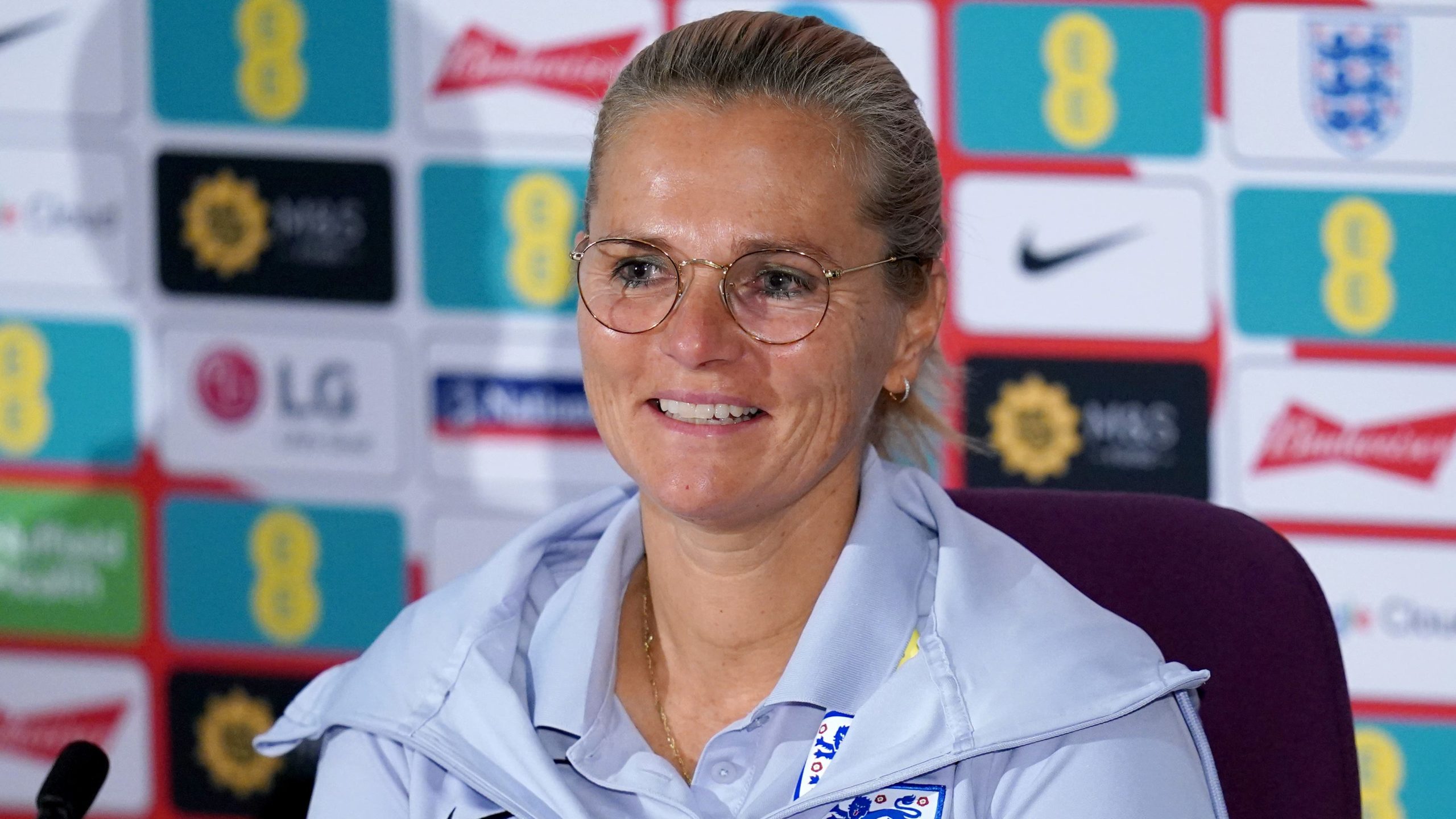 Sarina Wiegman hailed England’s “exciting” 2023 Women’s World Cup group after they were drawn alongside Denmark, China and either Senegal, Haiti or Chile.

The European champions’ first Group D match in Australia and New Zealand will be against the winner of an intercontinental play-off, with Chile waiting to play the victor from a clash between Senegal or Haiti to claim a place in the group.

The Lionesses’ matches will take place in Brisbane, Sydney and Adelaide and the head coach is already considering the different playing styles from the nations.

“At the Olympics they were struggling, they have a new coach and won the Asian Cup.

“We don’t know the other one yet. Three very different opponents with a different style of play.”

China were the first team drawn alongside England and are the second highest-ranked country in the group, having featured in the last two editions of the tournament and reached the quarter-finals in 2015.

Denmark were the highest-ranked team in Pot 3 and make a return to the tournament having not qualified for the previous three editions, and the England manager remained cautious over her tournament predictions.

“As you could see in the Euros, there are so many good countries now, the game and countries develop so quickly,” Wiegman continued.

“What we saw is that the games are really tight. That’s what I expect from this tournament too.

“In the group stage there are some very tight matches but also some will give a high score because 32 countries come from different levels at different moments of their development.

“The further the tournament comes, the tighter the games will become, that’s exciting too.

“There are many favourites for this World Cup win. So I wouldn’t predict anything.

“It’s just the same as the Euros, there were so many good teams and it’s very tough so we’ll see.”

The Republic of Ireland, making their World Cup debut, were drawn into Group B and will play hosts Australia on the opening day of the tournament – which runs from July 20 to August 20 next year – in Sydney. Completing the Republic’s group are Canada and Nigeria.