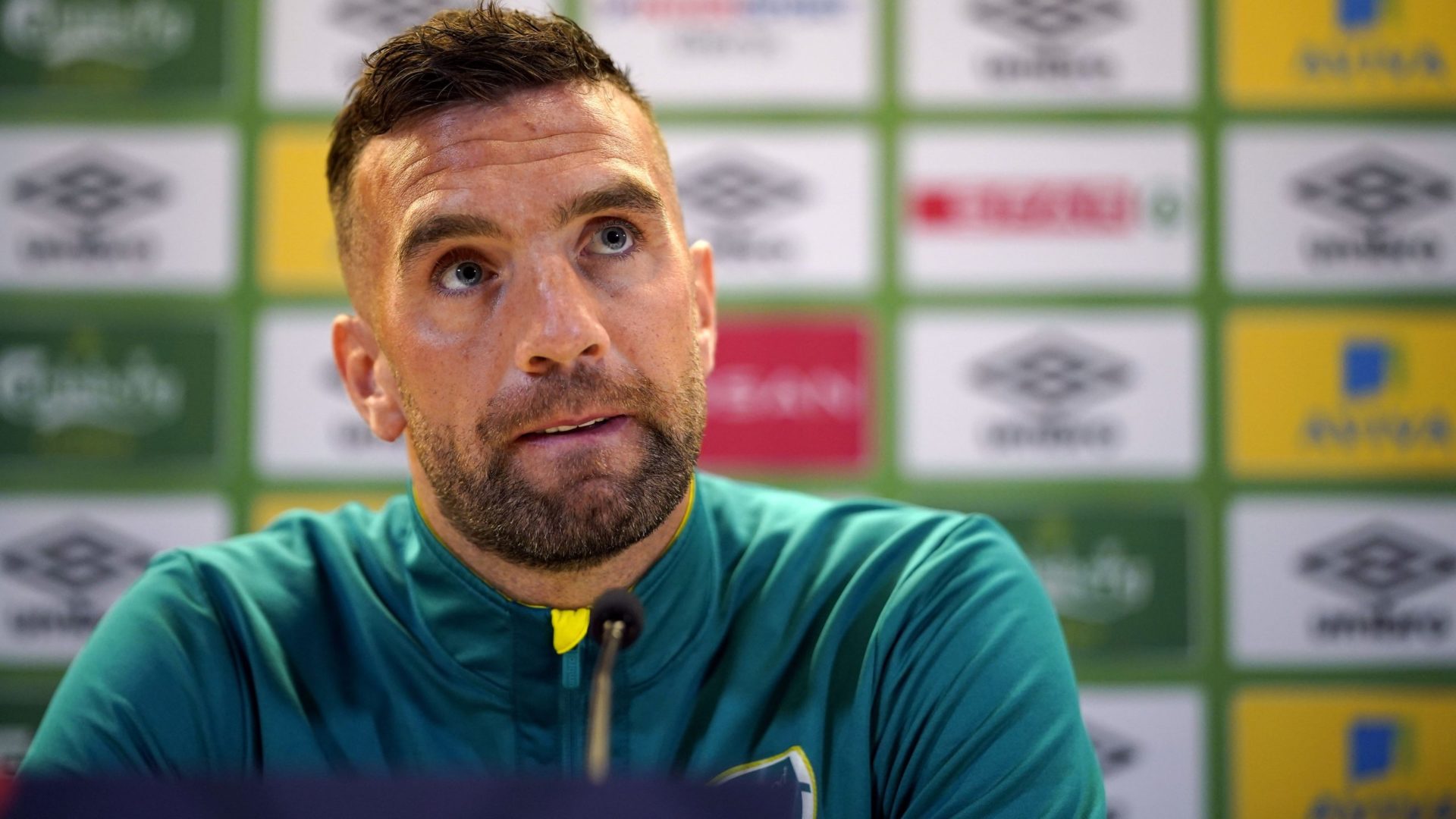 Shane Duffy: Ukraine players ‘can be really proud of themselves’ for flying flag

Republic of Ireland defender Shane Duffy has paid tribute to Ukraine’s footballers for flying the flag for their war-torn country.

The two sides meet in the Nations League at the Aviva Stadium on Wednesday evening with the visitors still coming to terms with their heart-breaking World Cup play-off final defeat by Wales on Sunday after dispensing with Scotland four days earlier.

But with Russia’s invasion of their country ongoing, Duffy knows the minds of the men with whom he and his team-mates will lock horns in Dublin will be concentrated on far more than football.

He said: “It’s really emotional for all of them and they should be really proud of how they handled themselves, especially in the last two games, carrying their country, and I think everyone was willing them to try and get to the World Cup.

“I think they can be really proud of themselves and hold their heads up really high and keep going.

“We know it’s really emotional times for everyone there, so it will be a special game and one we’re all really looking forward to.”

If Ukraine boss Oleksandr Petrakov faces the task of regrouping his players after their disappointment in Cardiff, Ireland counterpart Stephen Kenny also has damage to repair following Saturday evening’s dispiriting 1-0 defeat in Armenia.

The reverse in Yerevan ended an eight-game unbeaten run and added another poor result against lowly opposition – the Armenians are ranked 92nd in the world, 45 places below Kenny’s men – to a list topped most recently by home defeat at the hands of Luxembourg in March last year.

Asked if he had been surprised by the criticism which had followed, Kenny said: “No, no. When you lose to Armenia, you have to accept criticism, so I wasn’t surprised by that.”

He added: “It’s a long trip but longer when you lose, for sure. Listen, that’s the nature of this game. You get your kicks in the teeth and have to dust yourself down and go again.

“We don’t have time. We analysed the game and debriefed. We did that and moved on quickly. Ukraine is a completely different challenge tactically. We’ve got to switch on quickly to make sure we’re ready.”

Kenny will have to assess the toll 90 gruelling minutes under the Armenian sun and the long journey back to Dublin took on his players before he names his team.

One man who will not be involved is skipper Seamus Coleman, who has been ruled out with a groin injury and could struggle to make Saturday’s clash with Scotland and the return against Ukraine in Poland next Tuesday.

The manager said: “Seamus Coleman is ruled out through injury. He has a groin/pubis injury, so he’s ruled out of game.”

Asked if that meant he would join goalkeeper Gavin Bazunu in leaving the camp – the Manchester City man has gone home with a fractured rib – Kenny added: “We’ll have to see.

“There’s no guarantees he’ll feature in the other two games. We’ll have to see how it settles and make a decision on that later in the week. Hopefully he’ll be involved, but it’s too early to say.”