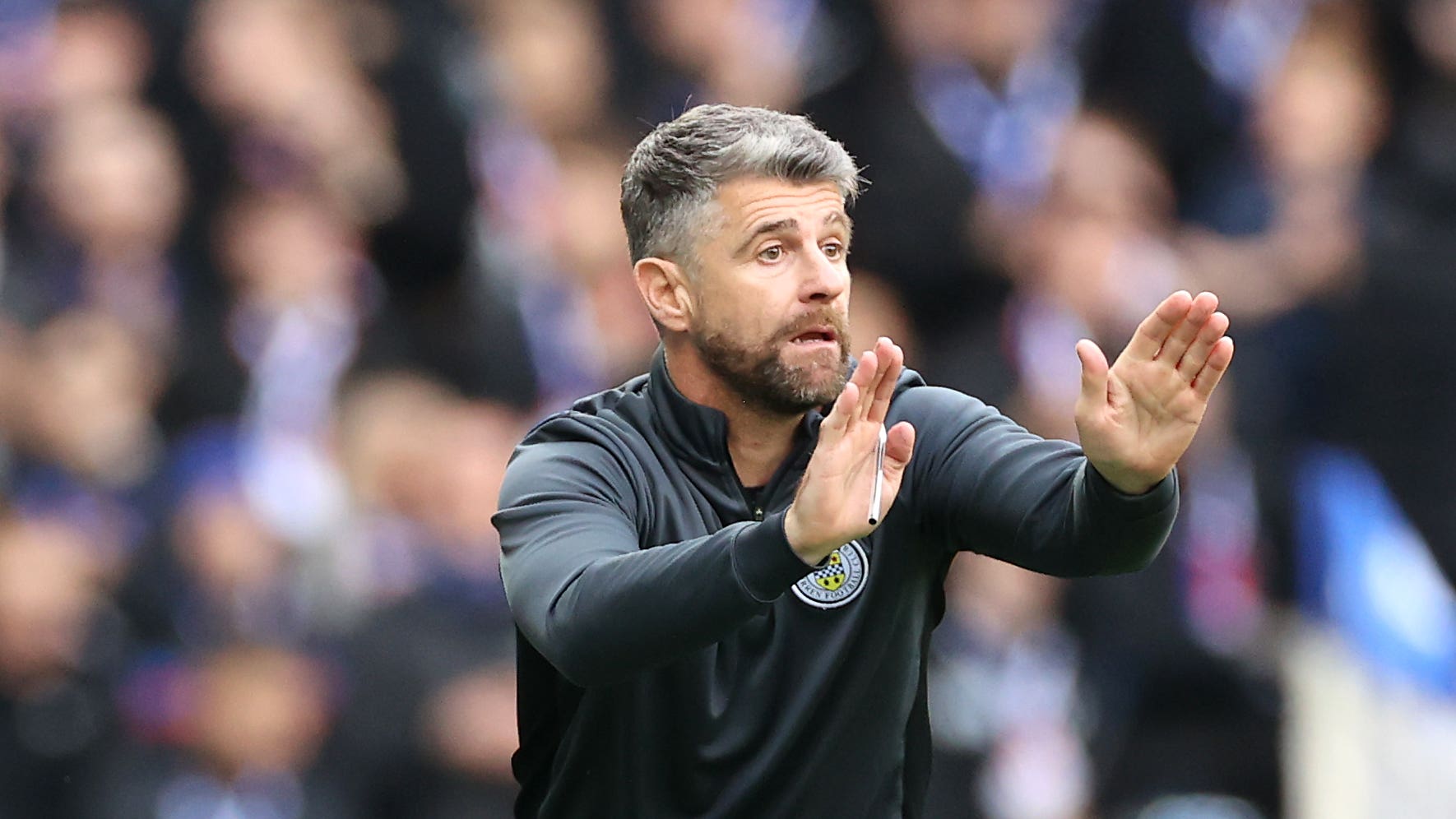 By By Ronnie Esplin PANovember 4, 2022No Comments

Stephen Robinson believes football is paying the penalty for its “ridiculous” handball rule.

The St Mirren boss is still annoyed by the spot-kick awarded to Hibernian last week after the ball was judged by referee Don Robertson, following a VAR check, to have hit the arm of Saints defender Richard Tait, with Martin Boyle scoring from the spot to help the home side to a 3-0 cinch Premiership win at Easter Road.

The Northern Irishman also referenced the two penalties awarded against Celtic for handball in their 5-1 Champions League defeat to Real Madrid in Spain on Wednesday night.

Ahead of the trip to Ross County on Saturday, Robinson said: “We have given six penalties away in 12 games and three have been for handball, which is the most ridiculous rule in football.

“People are complaining about VAR but VAR is only looking at these handballs. Who makes these rules? Incredible.

“We can control individual errors and we have to stop conceding penalties, which is difficult when the ball hits your finger tip now and it’s a penalty.

“The two penalties against Celtic during the week – incredible decisions but within the rules they are penalties, unfortunately.

“How this is not being looked at…it is actually ruining a lot of the games at the minute.

“We are not taking about a blatant handball, like (St Mirren defender) Jonah Ayunga was. It was a blatant handball (against Livingston) and a red card, it prevented a goal. Someone punching the ball above their head.

“But it has now got to the ridiculous stage. The Celtic game is a perfect example of it but there have been loads.

“The referees are following the rules to the letter which they have to, but it’s certainly not helping the game.”

St Mirren travel north in fifth place in the table and Robinson is expecting a positive reaction after the defeat at Easter Road.

He said: “The last time we had a result like this was against St Johnstone and we responded really well after and we expect the same.

“We want to be in the top six going into the World Cup break but it will be a tough game. Ross County have a very good squad and an excellent manager.”