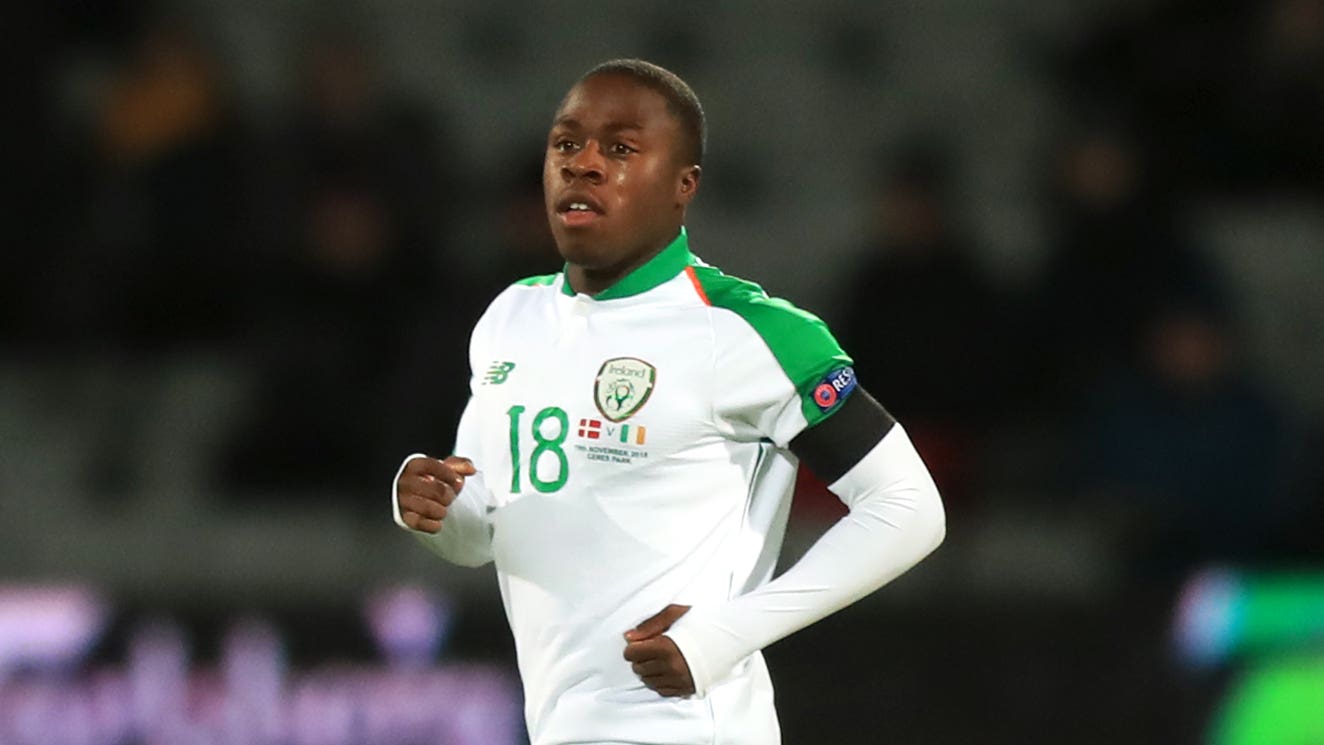 Republic of Ireland boss Stephen Kenny has moved to inject pace and firepower into his team ahead of June’s Nations League fixtures.

Kenny has included Swansea striker Michael Obafemi, as well as handing first senior call-ups to Blackpool winger CJ Hamilton and Derby counterpart Festy Ebosele, in a 27-man party for the games against Armenia, Ukraine and Scotland.

Then at Southampton, Obafemi made his senior debut under Martin O’Neill as an 18-year-old substitute in Denmark in November 2018 but has had to remain patient since, and Under-21s boss Jim Crawford revealed the frontman had declined a call-up for his team in March.

However, the now 21-year-old, who joined the Swans in a £1.5million switch in August last year, scored 11 times in his last 19 games of the Sky Bet Championship season, and that did not go unnoticed by Kenny.

The Ireland boss said: “It’s the first time in his career, Michael, that he’s had a run of consecutive games.

“It’s very hard for young players in the Premier League to get that, just the standard is so high and the squads are so big, so the move to Swansea, which is a great club and a great platform to really do well in the Championship, you can see really the improvement in his play.

“I’ve seen aspects of his play that I haven’t seen previously with Swansea – his hold-up play has really come on well and he’s shown great football intelligence allied to the natural speed that he’s got.

“The performances I’ve seen recently with Swansea are better than I’ve ever seen from him, so his rate of improvement has been very high.”

Eyebrows were raised when Crawford claimed he had been told Obafemi, who tweeted the single word “Interesting” after being left out of Kenny’s first squad in August 2020, saw himself as a senior international and would therefore not be available for the Under-21s’ qualifier against Sweden in March.

Asked about his relationship with the player, Kenny said: “Listen, if everyone was the same, life would be dull. Michael is a charismatic guy and I know he’s very proud to play for Ireland and he’s excited about coming in.”

The 19-year-old Ebosele, who has represented his country at age levels up to U21s, and Hamilton, 27, have been selected after also enjoying impressive Championship campaigns with the latter, who grew up in Waterford, being rewarded for a long journey to the senior international stage.

Kenny said: “He came really the road less travelled, coming through the Conference in England for a couple of years and up through League Two and League One and into the Championship a very interesting journey.”

A delighted Hamilton told his club’s official website: “It’s a dream to try to represent your country, so I’m delighted to get the call-up. Hopefully I can now go on to win my first cap.”

Kenny, who is without injured trio Matt Doherty, Andrew Omobamidele and Adam Idah, while midfielder Josh Cullen is suspended for the opening fixture in Armenia on June 4, is confident skipper Seamus Coleman will be fit despite nursing a groin problem.

The Republic host Ukraine on June 8 and Scotland three days later before heading for Lodz in Poland for a second meeting with the Ukrainians on June 14.