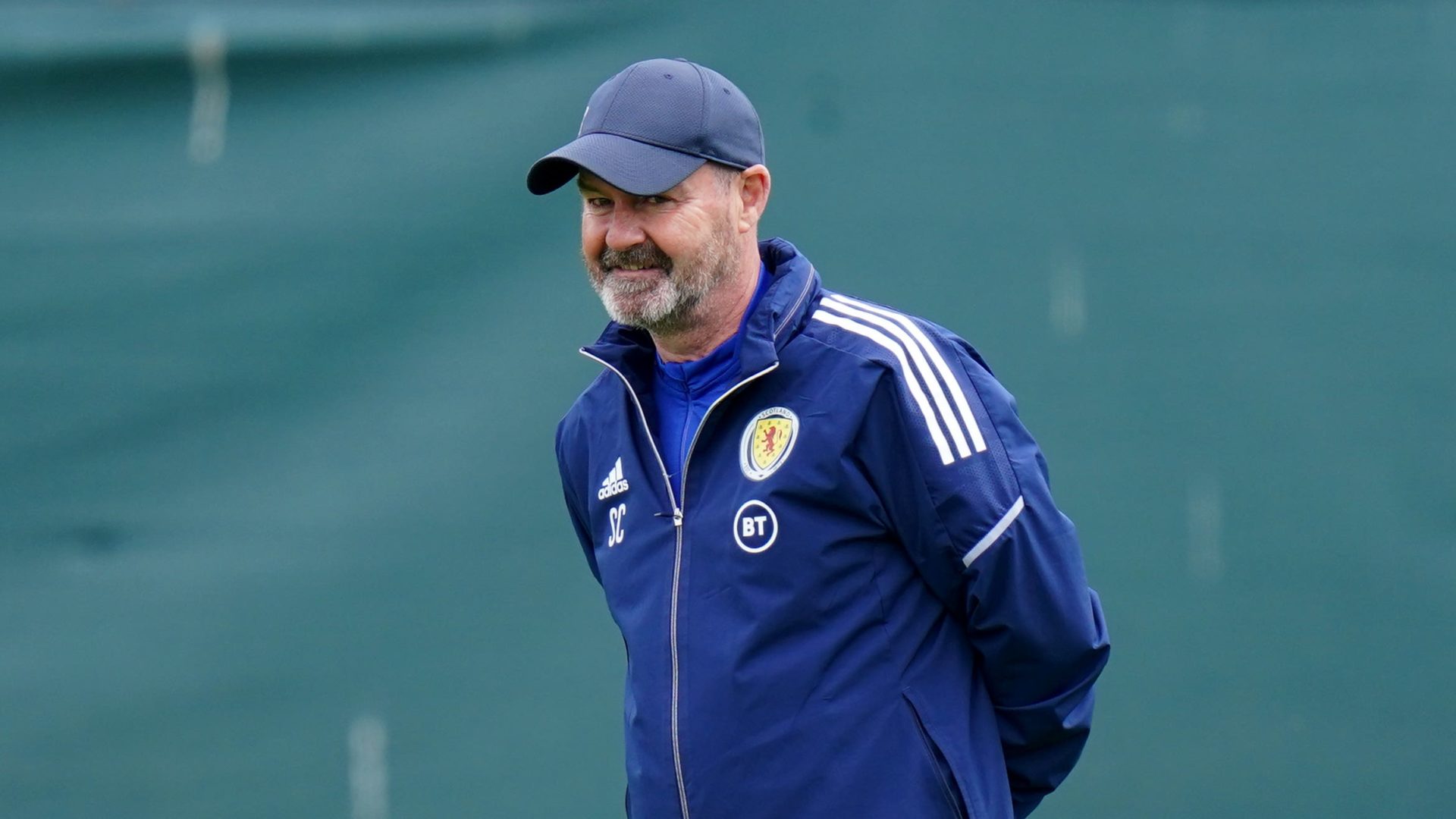 By By Anthony Brown PAJune 7, 2022No Comments

Steve Clarke has questioned the logic of anyone calling for big changes in the wake of Scotland’s World Cup play-off disappointment.

The Scots have spent the past week licking their wounds after being defeated 3-1 by Ukraine last Wednesday.

There has been criticism in some quarters aimed at Clarke for his tactics and team selection, while several players have been the subject of flak from supporters and pundits.

Clarke insists he has paid little attention to the noise as he prepares his team to kick off their Nations League campaign at home to Armenia on Wednesday.

“What criticism?” he said, when asked about the reaction to the Ukraine game, before being informed that some pundits and supporters had been critical.

“They’re entitled to their opinion. I don’t know what it (the criticism) was because I didn’t read it, I didn’t hear it, I didn’t listen to it.

“I deal with games and disappointments and move on. We’ve all been hurting but you have to move on, so Armenia tomorrow, I’m focused on that.”

Clarke was keen to point out to his detractors that his team were unbeaten in eight games prior to the Ukraine tie.

“We had a big disappointment to lose to Denmark last year and we bounced back with six wins,” he said. “We’ve now lost one in nine and everybody wants to change what worked before – I’m not sure where the logic is in that.”

Clarke insists the post-mortem into the Ukraine game is now over and the focus should be fully on ensuring a positive Nations League campaign.

After hosting Armenia on Wednesday, Scotland face Ireland in Dublin on Saturday and Armenia in Yerevan on Tuesday.

“Ukraine were better than us on the night,” said Clarke. “Analysis is what we do, that’s part of the process. But you have to move on to the next game. Rather than harking back – I know you guys want to go back all the time – me and the players want to look forward.

“You have to look at what went wrong but we’ve got another game coming up tomorrow so there’s no point harking back to last week. Let’s focus on tomorrow.”

Clarke intends to utilise his squad over the course of the next week.

“With the way the calendar is structured now there are not so many friendly games so there are no real chances to experiment, although we had some friendlies in March which was unusual,” he said.

“I’ve always said I’ve got a really good squad, I enjoy the squad. I think there are people in the squad who deserve the chance to play over the next three games and hopefully you’ll see that.

“Going into the first game (against Armenia), we’ve had seven days rest since the last game so it’s not so important in this one in terms of resting people. But over the course of the next six days we’ve got three games and a lot of travel, a long flight to Armenia, so I’ll need to use the squad.”