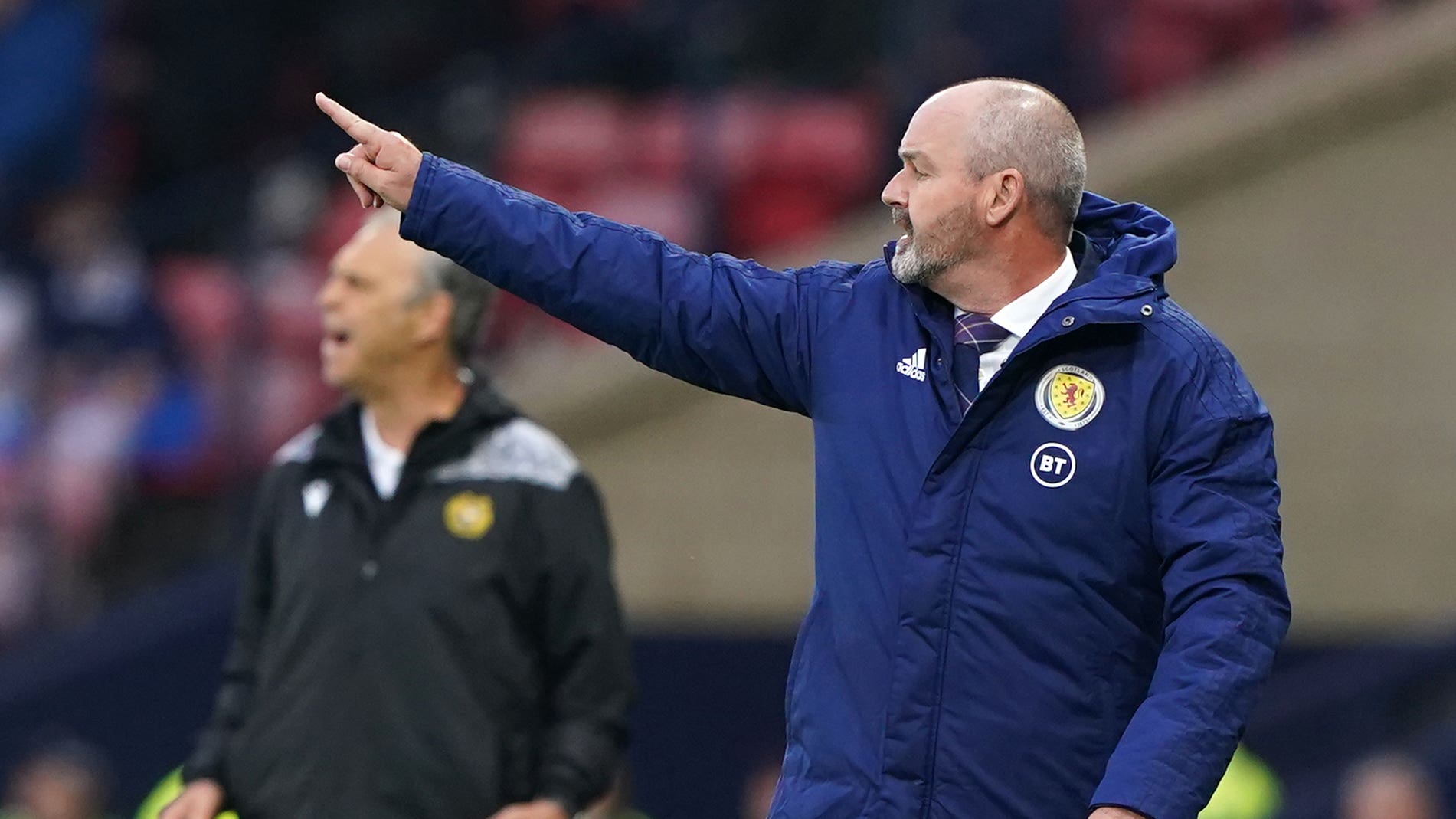 Steve Clarke wants Scotland to start going through the gears again after stalling in the summer.

The Scots were knocked out of their World Cup play-off semi-final by Ukraine at Hampden Park on June 1 and then suffered a dispiriting 3-0 Nations League defeat by Republic of Ireland, either side of expected wins over Armenia.

Clarke was speaking at the national stadium as he announced his squad for the Nations League matches against Ukraine and Republic of Ireland, where the biggest news was the return of Newcastle winger Ryan Fraser and the omission of skipper Andy Robertson through injury.

Scotland play Ukraine home and away, either side of facing the Irish at Hampden Park on September 24 and – with six points, one behind leaders Ukraine – the former Kilmarnock boss wants to see form return in the final three Nations League fixtures.

Assessing his squad, Clarke said: “We are as equipped as well as we have always been.

“I have always said it is a squad that has progressed well over my tenure.

“If I am being honest about it, I felt that June was the first time we stopped.

“And now we have to pick up the mantle and start progressing through these three difficult matches.

“We are in a position where we have our destiny in our own hands and that’s all you can hope for.

“I am looking forward to difficult matches, good opponents and hopefully, like I said, I felt we stalled a little bit in the summer and it would be nice to pick up the progress again.

“We have to do better than we did in the summer and we have to pick up the points to top the group.

“We want to come out these matches first in the group and we have everything in front of us.”

Fraser, capped 22 times, controversially withdrew from the squad for the vital World Cup Group F qualifying double-header against Moldova and Denmark last November but was subsequently pictured on his club’s training ground.

Clarke revealed in March that Fraser had apologised for his actions and the former Aberdeen and Bournemouth wide man is back in favour.

Robertson misses out after the Liverpool defender was injured in the closing stages of last week’s Champions League defeat at Napoli.

On Fraser’s return, Clarke said: “I said in March, after he missed (out on) the two friendly matches (against Poland and Austria) that we had a chat.

“That is why he is in the squad at this time. He is fit and well and playing well for Newcastle.”

While Robertson drops out, Arsenal left-back Kieran Tierney returns from the knee injury which kept him out of the four summer fixtures.

Clarke said: “It is always disappointing to lose key players. Andy is obviously a key player, captain, a big character for us within the squad but as you lose one top quality left-back you get one back with Kieran being available this time.

“I suppose that softens the blow, but you want all your good players fit and available.

“But one of the poorer sides of international football is that you know you will lose players through injury – you just have to deal with it.”