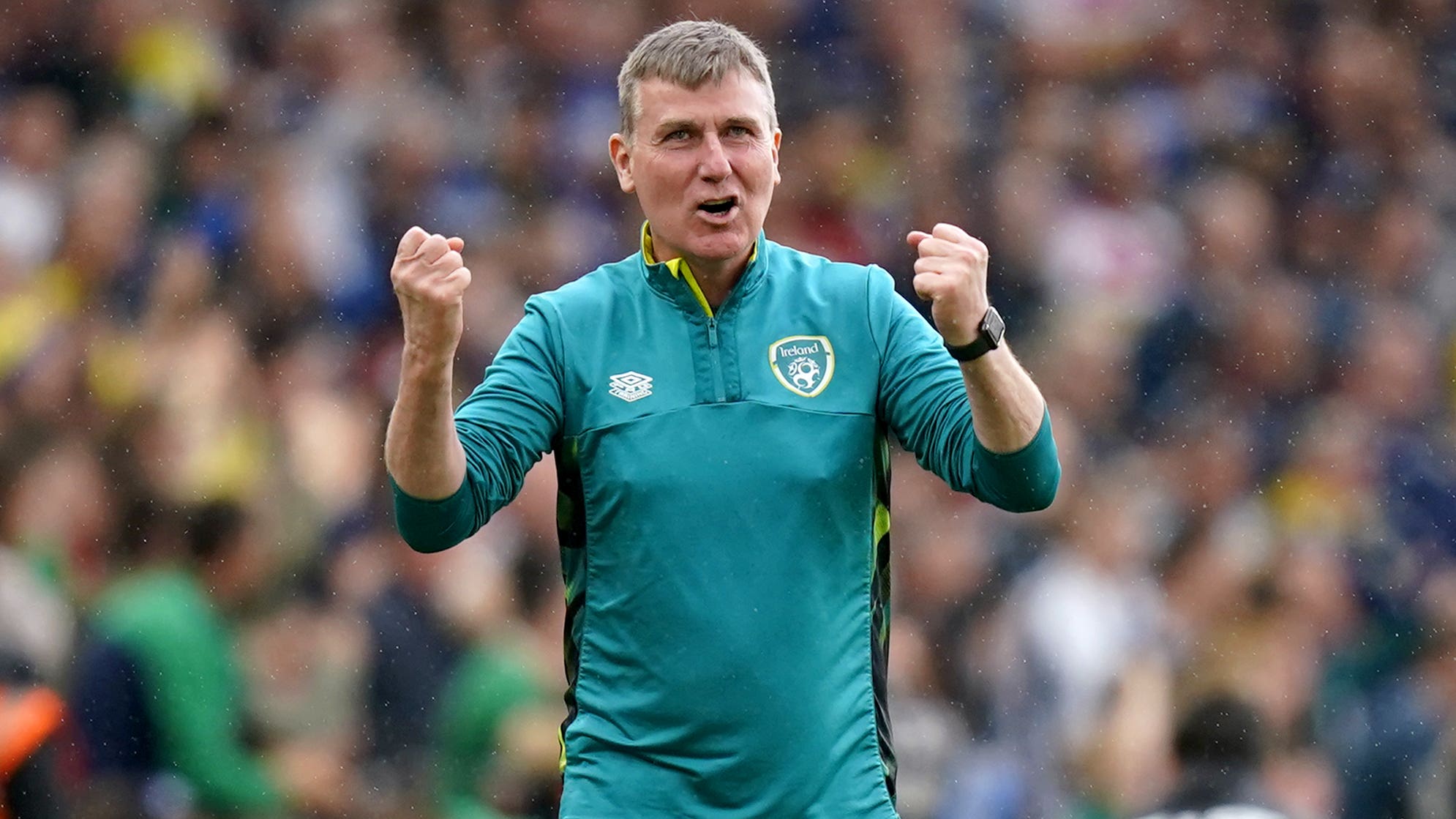 The Republic of Ireland go in search of Nations League victory against Ukraine on Tuesday evening having belatedly opened their account with a win over Scotland.

When the sides met in Dublin last Wednesday night, substitute Viktor Tsygankov’s goal proved decisive for Ukraine, although Stephen Kenny’s men, who had also lost 1-0 in Armenia four days previously, responded superbly to the setback with a 3-0 victory over the Scots at the weekend.

Here, the PA news agency takes a look at some of the talking points surrounding the return in the Polish city of Lodz.

Back to the future

Kenny has big decisions to make at the LKS Stadium with his defensive resources having been significantly depleted by Shane Duffy’s suspension, Seamus Coleman’s injury and the withdrawal of John Egan to attend the birth of his child. QPR’s Jimmy Dunne has been drafted into the squad as a result, but Alan Browne and James McClean performed well in the wing-back roles against Scotland and are likely to be retained, while Dara O’Shea and Darragh Lenihan are the leading candidates to join Nathan Collins in the back three.

McClean’s return to the Ireland starting line-up on Saturday brought not only his trademark vim and vigour into the mix, but a vast improvement in the quality of Ireland’s set-pieces. The 33-year-old Wigan man’s delivery added devil to an area in which Ireland are traditionally strong – his corner was headed back across goal by Duffy for Browne to open the scoring against Scotland – and highlighted what they had been missing in the previous two games.

They think it’s all Oba

Michael Obafemi chose his first senior start for his country to announce himself on the international stage in style with a superb pass to set up a goal for Troy Parrott and a stunning strike of his own against the Scots. However, he tweaked a groin soon after scoring and hobbled off. Despite travelling to Poland, he is unlikely to figure and Kenny will have to find a new talisman.

Kenny has taken charge of 18 competitive games to date and won three of them – against Azerbaijan, Luxembourg and Scotland – all 3-0. Of the nine he has lost, eight have been by a single goal and six have ended 1-0 with the remaining defeat by Slovakia in a Euro 2020 play-off semi-final coming courtesy of a penalty shoot-out after a 0-0 draw.

If Ukraine could have been forgiven for suffering a hangover from their heart-breaking World Cup play-off final defeat in Wales last Sunday, they have shown little sign of doing so. Manager Oleksandr Petrakov made 10 changes for the game at the Aviva Stadium in a bid to avoid that and came away with a 1-0 defeat, and he made eight more for Wednesday evening’s 3-0 victory over Armenia in Lodz.