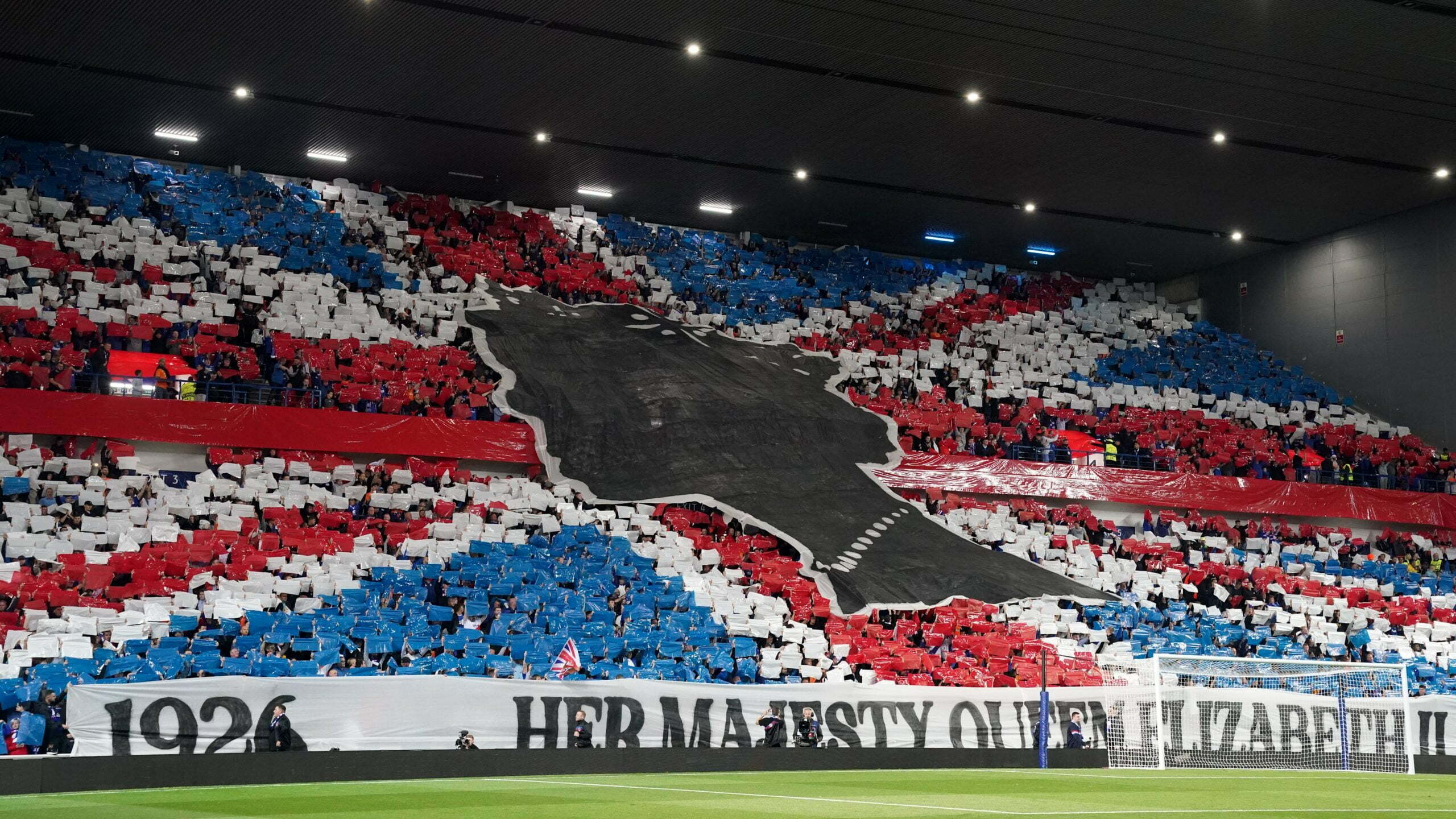 UEFA is waiting to see the official report from its match delegate before deciding whether to investigate Rangers’ decision to play the national anthem before their Champions League defeat by Napoli.

In defiance of instructions from the governing body, the anthem was sung before Wednesday night’s 3-0 Champions League defeat by Napoli to commemorate the death of the Queen.

UEFA has told the PA news agency that action will only be considered once it has received the necessary information from its match delegate.

A passionate rendition of the anthem followed a minute’s silence at Ibrox that had been permitted by UEFA, who at the same time rejected requests from some clubs to play ‘God Save the King’.

A vast silhouette of the Queen amid the colours of the Union Jack could be seen behind one of the goals before the game kicked off.

The supporters of Rangers’ Old Firm rivals Celtic adopted a very different tone for their 1-1 draw with Shakhtar Donetsk in Poland, however.

Both sets of players wore black armbands but the off the pitch some visiting fans made their anti-monarchy views known.

“A banner in the Celtic end stated “F*** the Crown” while another one said “Sorry for your loss Michael Fagan”, a reference to the intruder who broke into the Queen’s Buckingham Palace bedroom in 1982.

Early in the match, there was a chant of “If you hate the Royal Family, clap your hands” but the Celtic fans quickly had some positive play to get behind as their team took a 10th-minute lead before being pegged back.

Sports across the UK have paid tribute to the Queen since her death was announced last Thursday evening.

Matches being played in the Europa League and Europa Conference League that night went ahead with crowds already en route to the venues, but minute’s silences were held.

The England and Wales Cricket Board ruled that no competitive play would take place on Friday, but action did resume on Saturday with a minute’s silence observed before the start of play between the England and South Africa men’s teams at the Oval, along with a rendition of ‘God Save The King’.

Football at all levels was postponed last weekend as a mark of respect but resumed from Monday. However, three Premier League matches scheduled for this weekend have also been postponed due to police resourcing issues linked to the Queen’s state funeral, which will take place next Monday.

The league confirmed minute’s silences will be observed and the national anthem will be played at the matches which are still going ahead, with players and other officials wearing black armbands.

Big screens and perimeter boards will display tribute images to the Queen and flags at grounds will fly at half-mast.

Fans will also be invited to join in a minute’s applause at the 70-minute mark, to honour the Queen’s 70-year reign.