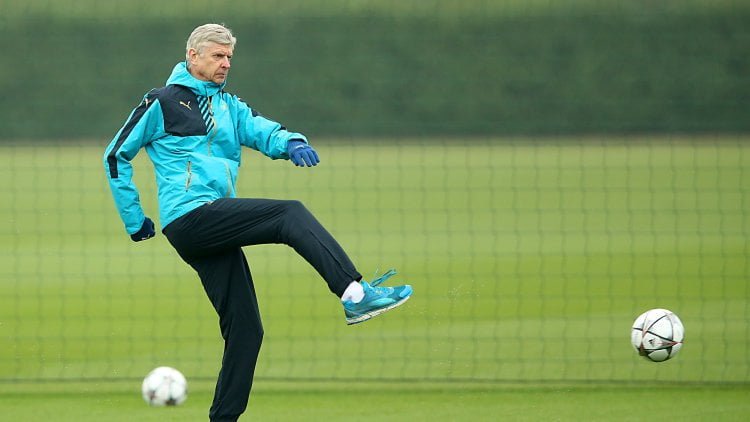 By Peter MartinMarch 16, 2016No Comments

Arsene Wenger is ready to send his Arsenal side on the offensive in Barcelona on Wednesday night – but is aware he needs his defence to hold a hex over the Catalan club’s magicians.

The Gunners face the reigning Champions League holders at the Nou Camp needing to overturn a 2-0 deficit having lost February’s last-16 home leg, with Lionel Messi scoring twice in the second half in London.

Along with fellow attacking talents Luis Suarez and Neymar, the triumvirate have scored 103 goals this season to set Luis Enrique’s side on the path to plenty more silverware.

While Wenger cannot call on anyone as prolific as that from among his own ranks, the Frenchman will throw caution to the wind in an all-or-nothing game for Arsenal.

But he will do so knowing one piece of magic from Barcelona’s front three, with Enrique famously saying before the Emirates Stadium clash last month that he simply says ‘abracadabra’ and they produce the goods, could kill any slim hopes the visitors have of reaching the last eight.

“I believe that the key for us will be a solid defensive performance,” he said.

“The advantage in our position is that the task is clear. We have to attack. We will do that but the magicians of Barcelona will make sure that we will need a remarkable defensive performance from our side.

“I felt that our approach (in the home leg) was not so bad. We lost our balance a bit just after half-time. We got caught on the counter-attack at a moment where we looked to be on top of the game, so we are in a position where I don’t think we have to think too much.

“We are in a position where we need to score two or three goals. We know that we need to attack and take the game to them.”

Travelling home after the game having not achieved what many consider to be almost impossible would be another huge dent it what was promising to be a successful campaign for Arsenal.

But, having fallen from top of the Barclays Premier League at the turn of the year to 11 points adrift and being knocked out of the FA Cup by Watford at the weekend, the pressure on Wenger and his position continues to build.

“Look, I have no doubt about my huge motivation,” he said.

“The problem when you are a long time somewhere is that you are always questioned about the duration. I personally don’t question. I think I give more time to my club now than when I arrived.”

Meanwhile, Enrique may have plenty of attacking options – but the Spaniard is wary of the threat posed by former Barcelona man Alexis Sanchez on his return to the Nou Camp.

Asked if the Chile international may have extra motivation coming up against the side he left for Arsenal 2014, Enrique replied: “Yes there is no doubt about it.

“It would be better for Alexis to answer the question but I’m sure it is a stimulus, he was here for three seasons.

“He is a very important player for Arsenal and also for his national team, he is a quality player and is very fast.

“I think he improved when he came to Barcelona in his way of playing and we have to be careful.”