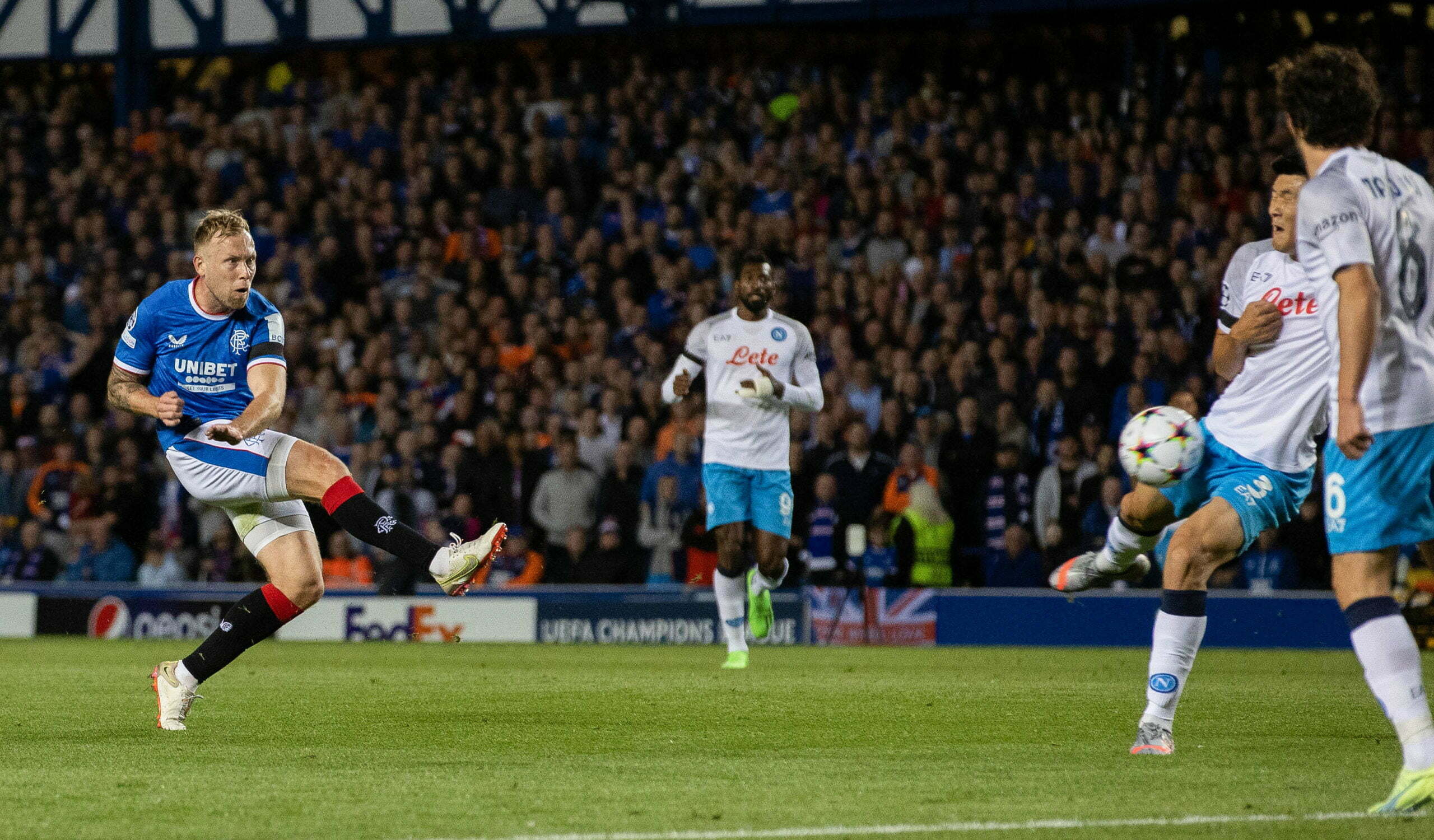 Rangers took on Napoli in their second Champions League group stage game against the backdrop of an emotional Ibrox stadium paying tribute to Queen Elizabeth II.

The Broomloan Road stand unveiled a Union Jack display whilst the stadium observed a minute’s silence before defying a UEFA ruling and giving a rendition of God Save the King in lieu of the traditional Champions League anthem.

Alfredo Morelos was a surprise inclusion in the starting line-up following his absence from the team due to ‘attitude issues’ and he almost lifted the roof off within 15 seconds when his header flew just wide of goalkeeper Alex Meret’s right hand post.

Only a minute later and Napoli proved that the atmosphere was not going to intimidate them as Polish playmaker Piotr Zielinski struck the post as the game somehow remained goalless.

Rangers came out of the traps flying in the opening minutes, Scott Arfield stung the palms of Meret from 20 yards after a flowing break from the home side.

Napoli then carved out their own golden opportunity as Giovanni Simeone darted through the home defence only for his shot to be deflected out for a corner.

Morelos entered the book on the 20-minute mark for leaving a boot hanging when the goalkeeper had collected the ball, leaving the Colombian walking a tightrope with the majority of the game remaining.

It was an end to end first half with both teams trading blows, it seems a matter of if not when the deadlock is broken.