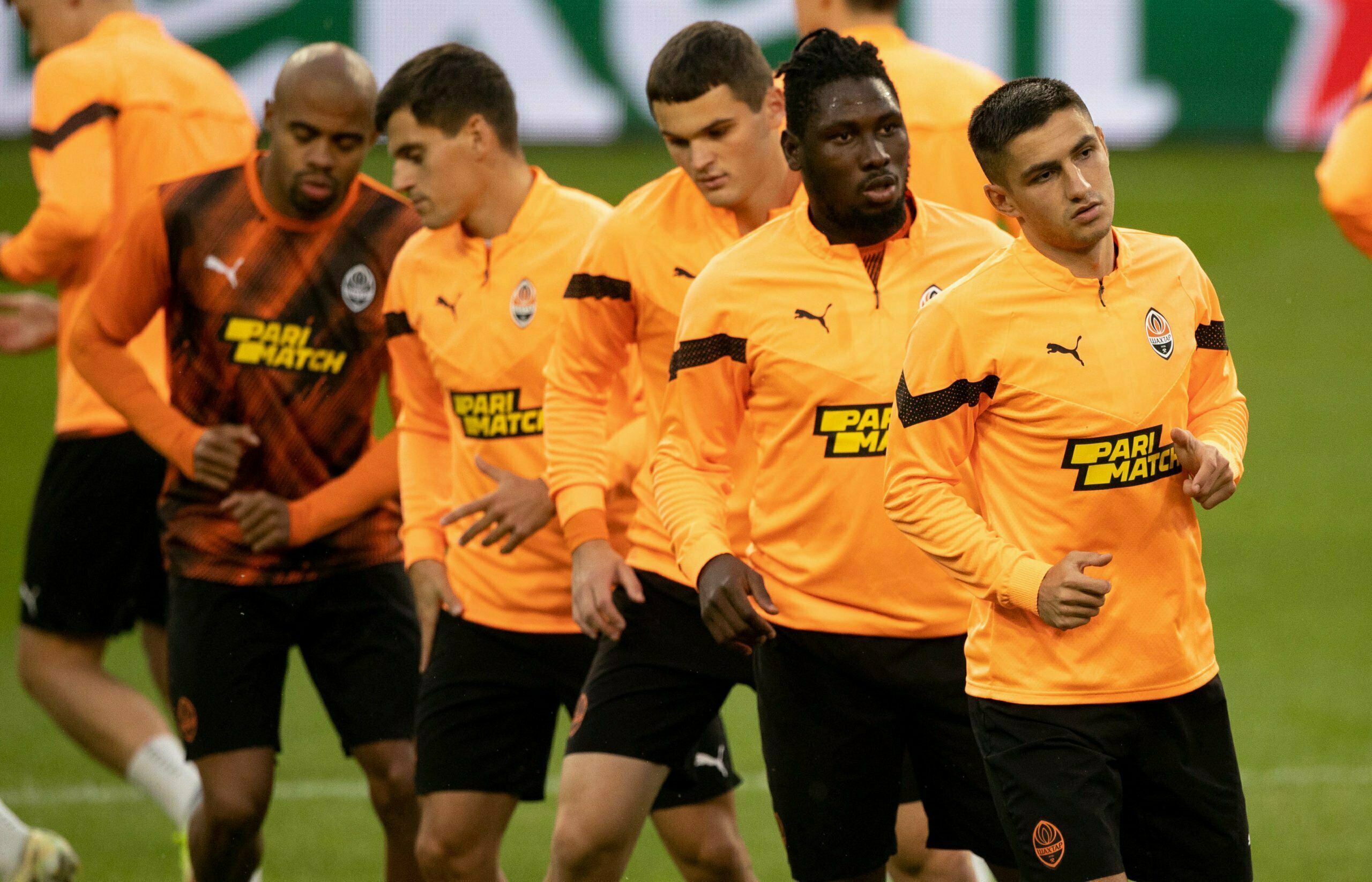 With the extraordinary circumstances surrounding Ukrainian football, FIFA introduced a mechanism for foreign players to effectively suspend their contracts for a year and leave for free.

This left Shakhtar’s squad decimated, given they had often relied on swathes of talent from Europe and South America.

At 21 years old, Mudryk was thrust into the limelight following an exodus of top talent and has emerged as one of the shining prospects of Ukrainian football and a beacon of optimism for the nation.

Already dubbed the ‘Ukrainian Neymar’, the forward will relish the space that Celtic will afford him if they adopt their usual expansive game in Poland.

Brentford and, more recently, Arsenal have been rumoured to be in pursuit of his signature and it seems that he is destined for the top table of European football sooner rather than later.

He already has a goal and two assists to his name in this year’s competition and is vital to Shakhtar’s new look attack.

A name that will be familiar with Celtic fans after his brief spell at the club between 2019 – 2021.

The 25-year-old managed just three appearances for the Hoops during his time in Glasgow, despite scoring on his debut in a Champions League qualifier.

Shved was the first Ukrainian to play for the club with his last appearance coming as a substitute in a 3-0 Scottish Cup victory against minnows Clyde.

Fast forward two years however and the winger is back in his native Ukraine having returned from Belgian side KV Mechelen following the invasion by Russia.

So determined was he to return to play in the country of his birth, he reportedly downed tools in order to force a move.

Shved has already embraced his opportunity, scoring twice on matchday one to sink RB Leipzig and he will be out to prove a point to his previous employers.

The forward, whilst unlikely to start the game, could play a pivotal role from the bench for the Ukrainian side.

Traore has plenty of Champions League pedigree, despite only being 21 he was part of the Ajax side that reached the semi-finals before being cruelly dumped out by a last-minute Tottenham Hotspur goal.

Despite only recently recovering from a serious anterior cruciate ligament tear that left him out for nine months, the Burkina Faso international has shown flashes this season of what he can bring to the side.

Not typically tall for the target man role which he portrays, he can drop into deeper roles and will look to exploit the tired legs of Ange Postecoglou’s back line late in the game – especially given the loss of Carl Starfelt to injury.