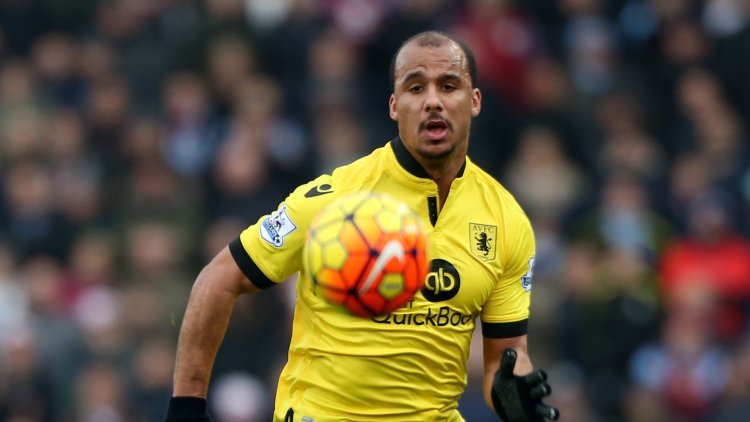 Gabriel Agbonlahor will not feature against Chelsea as managerless Aston Villa carry out an investigation into the striker’s conduct.

The 29-year-old academy product has only made 15 Barclays Premier League appearances for the bottom club this season, and his future at Villa Park looks bleaker after Friday’s announcement.

A tweet from Villa announced that Agbonlahor, who was pictured apparently smoking a shisha pipe during a recent holiday in Dubai, would not be involved in Saturday’s early afternoon clash with Chelsea while an internal investigation into his behaviour is carried out.

Caretaker manager Eric Black, in charge after Remi Garde left on Tuesday, said: “There’s an internal investigation. I spoke to (board member) David Bernstein at length (on Thursday) and the club have taken a decision. I have taken a decision on the footballing side to remove him from the squad, purely because I don’t want anything to distract the players.

“I’ll speak to him again on Monday and then we’ll take it from there. He’s back in and reporting for training.

“I’m not going to go into the details because the investigation is on going. I want us to get back to football and football alone.”

Black made the call to remove Agbonlahor after the club’s new football board, headed by former Football Association chairman Bernstein, launched an investigation.

Club captain Agbonlahor will train with the squad on Friday but will take no part in their overnight preparations ahead of the visit of the defending champions. He will be due back on Monday and is expected to again link up with the first team.

He was pictured with Micah Richards, but the defender will be included against Chelsea.

Black added: “I have spoken to Micah. It’s slightly different circumstances and he’s in the squad.”

Agbonlahor, Villa’s longest-serving current player, signed a four-year contract in 2014 but has scored just once this season with Villa 12 points from safety. They appear set to be relegated from the top flight for the first time since 1987.