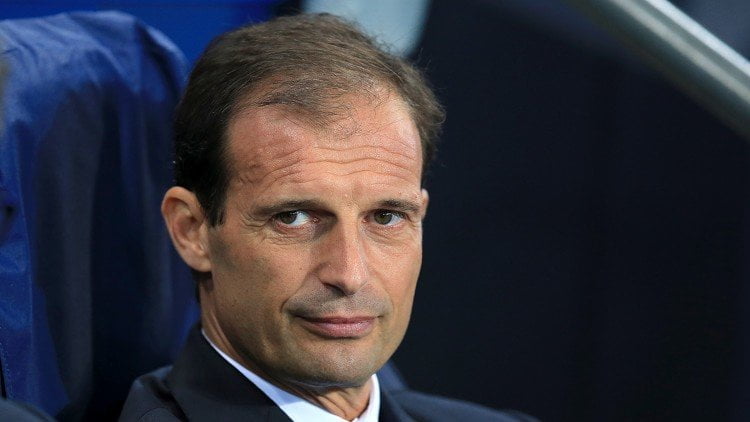 Allegri should ‘think twice’ about Chelsea

The 48-year-old coach guided Juve to the Serie A title and the Champions League final last season and the Turin side’s prospects of winning multiple cups at home and abroad in 2015-16 are bright.

Allegri’s growing reputation – he also steered AC Milan to the Scudetto in 2011 – has reportedly attracted the interest of Chelsea, who are looking for a new permanent manager to succeed Jose Mourinho.

But Marotta insists Allegri, whose contract at the Juventus Stadium expires next year, is already at a “top club”.

He told Mediaset: “We’re speaking to Allegri every day at this crucial stage of the season.

“In the space of one month we have to play in every competition: the league, the Coppa Italia and the Champions League.

“The next month will tell us a lot about how the whole season is going to play out.

“But we talk to Allegri about footballing matters, not about other matters. Beyond the contracts you have to sign there are the relationships you must build with people, and we’re happy with Allegri.

“All the conditions are right for us to continue with him as coach. Results are what count and Allegri has delivered plenty of those.

“Football is a business and the role of a coach is important when it comes to breeding continuity.

“Chelsea are a top club and it’s obvious that they’ll want to look at the best coaches. All I can say is that Allegri is already at a top club, so he’d do well to think twice before leaving Juventus.”

Former Juve boss Antonio Conte has also been linked with the Stamford Bridge vacancy. He secured three straight titles with the Bianconeri before taking the Italy job – his deal with the national team expires after Euro 2016, however.