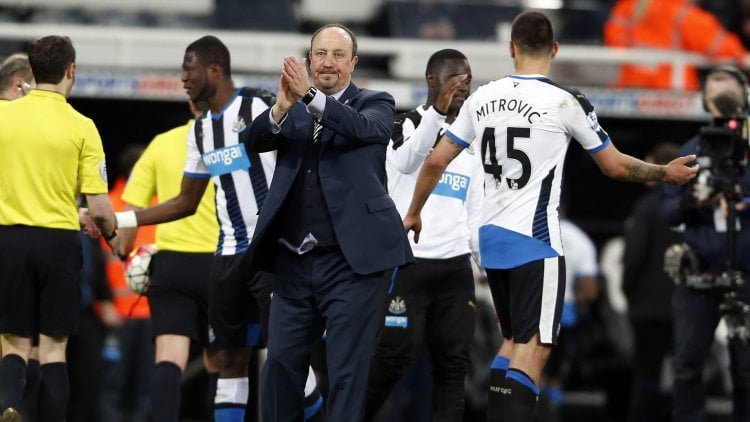 Benitez claims ‘Newcastle can beat anybody’

The Magpies edged to within two points of Norwich after a hard-fought 1-1 draw with Champions League semi-finalists Manchester City at St James’ Park, and might even have snatched a priceless win – which would have lifted them out of the Barclays Premier League drop zone – at the death.

However, they will head for Anfield on Saturday knowing only a continuation of their improved form – they have taken four points from the last six on offer – will give them any chance of getting out of trouble.

Benitez, who led Liverpool to Champions League glory in 2005, said: “We have to try to win every game, it doesn’t matter where.

“My connection with Liverpool is obvious, it’s quite good, but hopefully they will do really well in the Europa League and we can get three points in the Premier League.

“At the moment, it’s true that we are doing well, so hopefully the game away against a very good team like Liverpool, we can see the same things. But you never know.

“What we have is belief. We believe now that we can fight, we can beat anyone and in the next games, we have to show that.”

The Magpies, who had not beaten City in the league in 18 attempts dating back to September 2005, came desperately close to doing so on a night when Sergio Aguero’s 100th Premier League goal – which should have been disallowed for offside – gave the visitors a 15th-minute lead.