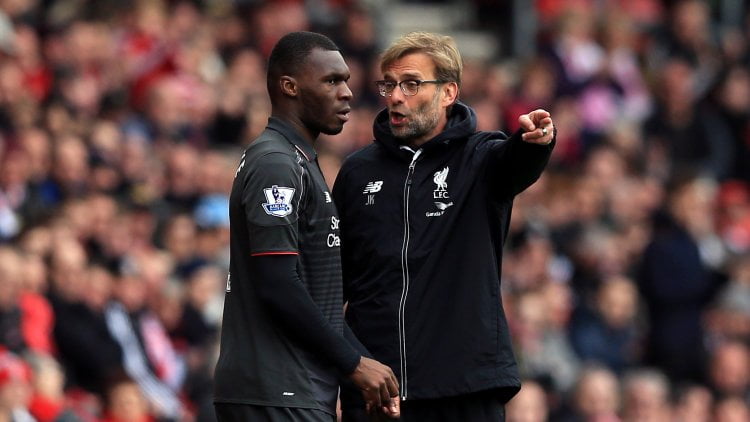 Benteke feels frozen out at Liverpool

Out-of-favour striker Christian Benteke admits he would never have joined Liverpool if he felt he was not going to be a “priority”.

The £32.5million summer signing feels he has suffered from the Reds’ decision to sack Brendan Rodgers in October and bring in Jurgen Klopp.

Rodgers made the Belgium international his number one summer transfer target, persuading the club’s transfer committee to go well beyond their valuation of the player, in order to add a different dimension to the team.

Benteke started the first six Premier League matches of the season but then picked up an injury and by the time he was fit again Rodgers had been replaced.

He struggled to retain a regular place and since the turn of the year he has managed just five starts in 16 appearances, scoring just once, as Klopp has preferred a fit-again Daniel Sturridge and Benteke’s compatriot Divock Origi.

“I was obviously happy (with the move to Liverpool), I joined a great club,” Benteke told Belgium’s Sport/Voetbalmagazine.

“I thought that finally I could find stability, settle for a duration at a big club. I knew I could face difficult months but, in the long run, it would work.

“I played two full matches in a row since Klopp (arrived). I went up against Leicester, I scored, I followed up with a game and a goal against Sunderland and then we lost to West Ham and since then I have been discarded.

“Even my father was annoyed at first by my status as a reservist and told me that I can do nothing.

“I spoke with (Belgium team-mates) Eden (Hazard) and with Marouane (Fellaini), they all gave me the same answer: when a coach does not count on you, you cannot change anything.

“The thing that is annoying is that I had prepared to transfer to Liverpool. I never would have signed if I had not been the priority of the coach.”

Benteke has scored just eight goals in 35 appearances with his only goal in 2016 coming from the penalty spot.

His apparent unsuitability for Klopp’s intensive, high-pressing tactics has been debated for some time but the player rejects accusations he cannot fit in.

“Despite the situation I am in I am second top scorer behind (Roberto) Firmino, with eight goals: this is not so bad although I would have hoped to score more,” he added.

“I am the first to say that I have not shown enough of my worth for a club like Liverpool but on the other hand, when I arrived under Brendan Rodgers I knew I would have the opportunity to show my qualities, I was worth all that money, I deserved to wear the Liverpool shirt. But now…

“He (Klopp) told me he wanted me to be more involved in the game and yet it seems to me that this is one of my qualities.

“I have considered his remarks, I told myself that I had to adapt and change my style of play and then I remembered that Liverpool bought me for my qualities.