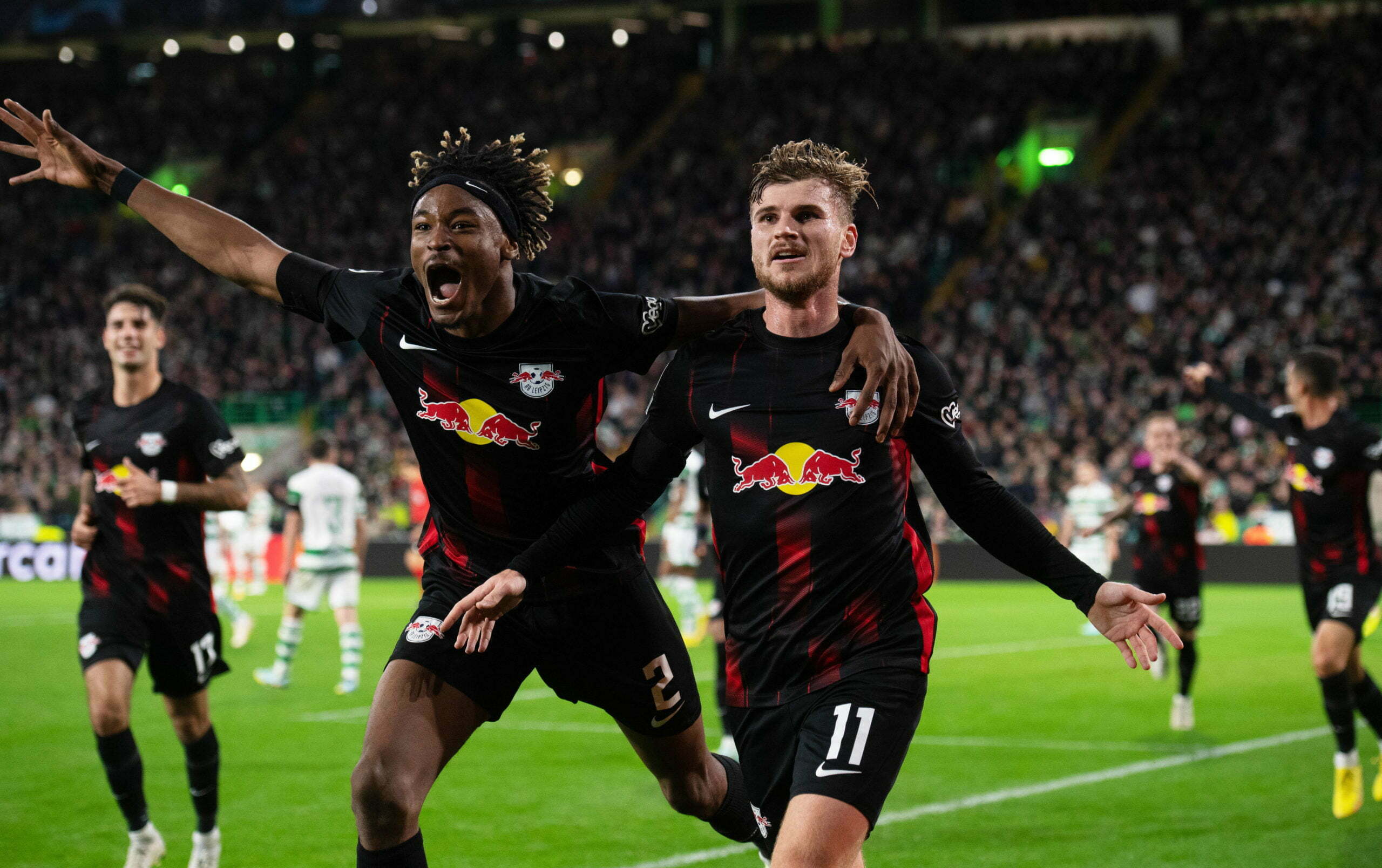 By Blair MalloyOctober 11, 2022No Comments

Two second half goals from Timo Werner and then Emil Forsberg crushed Celtic’s dreams of progression in the Champions League, on a night of wasted opportunities for the home side.

Ange Postecoglou’s men passed up a host of golden chances, while the German visitors were clinical in a dominant second half.

Celtic were looking to make amends after their 3-1 defeat in the reverse fixture and notch up a first win in their Champions League group.

Postecoglou saw his injury troubles continue, with Jota missing out on a place in the squad. The Portuguese winger had to be withdrawn at half time against St Johnstone and was unable to make it back in time.

Daizen Maeda had the first opportunity of the match inside the opening minute. The Japanese forward couldn’t connect properly from close range and saw his header drift wide.

RB Leipzig were living dangerously, opting for a patient passing approach along the back line.

Despite the visitors seeing more of the ball, Celtic were finding success down their left-hand side, with Greg Taylor and Sead Haksabanovic carving out openings in the Leipzig defence.

The home side then managed to hit the woodwork twice in once attack. Matt O’Riley seen his long-range shot rattle the post, before Greg Taylor’s rebound came off the bar.

Kyogo then missed a glorious chance to put Celtic ahead.

The lively Haksabanovic picked out the Japanese international, only for the froward to direct his free header over the bar.

Celtic’s injury problems continued as Liel Abada was forced off with a knee problem before half time. The Israeli was replaced by James Forrest, on for his 450th appearance for the club.

Christophere Nkunku had a quiet first half but provided a reminder about the threat he could pose, forcing a smart save out of Joe Hart on the stroke of half time.

RB Leipzig started the second half the brighter of the two sides.

The match descended into a basketball game at points in the second half, with both teams going for the jugular anytime they picked up possession.

Mohamed Simakan found a sight of goal on the 68th minute mark, only to fire his shot over from inside the box.

Daizen Maeda was seeing plenty of the ball in dangerous areas but was often wasteful, seeing his 70th minute attempt bending wide of the post.

15 minutes from the end and the visitors finally made their second half pressure count. Andre Silva showed great strength on the left before producing a delicately clipped a ball into the box, where Timo Werner was on hand to nod the ball into the far corner.

Giorgos Giakoumakis then failed to convert what looked to be a certain goal, the greek forward unable to connect with a cross two yards out.

The squandered chances mounted up for Celtic, as Aaron Mooy passed up an opening to shoot in the box.

Emil Forsberg then came off the bench for the visitors and provided a lesson in clinical finishing to double the Germans advantage, minutes before the end.

Werner took the ball down inside the box, before laying it off for the Swedish forward, who dispatched his effort into the top corner.

Leipzig saw the game out for 2 goal victory after a dominant second half, but it is once again a story of missed chances for Postecoglou’s side.