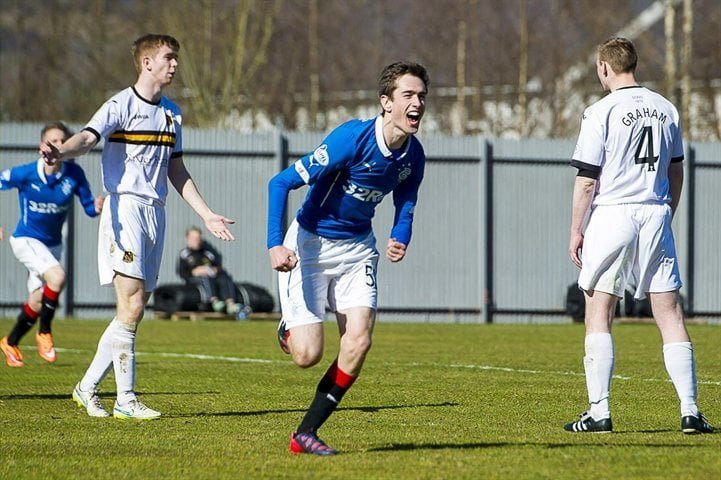 By Laura Brannan at the Bet Butler stadium

Rangers youngster Ryan Hardie helped his side come from behind to beat Dumbarton 3-1 with two goals on his first start.

It was a game filled with exceptional goals as Mark Wilson and Haris Vuckic also unleashed wonder strikes for their respective sides.

Former Celtic defender Wilson opened the scoring after just two minutes when he fired home an unstoppable volley from the edge of the box.

Hardie equalised seven minute later and added an impressive second after the break, finishing a first-touch volley on the turn.

Vuckic then sealed the points with an outstanding top corner strike, much to the delight of his manager Stuart McCall.

“He knows where the goal is,” he said. “It was terrific.”

“Ryan’s first goal was exactly what we thought he might be able to do for us. His second could have gone any where but thankfully it went in.”

Dumbarton scorer Wilson, meanwhile, reflected on his early strike by saying it was a stand out in his career.

“It was one in a million for myself,” he said. “I thought I’d gamble, it fell kindly and I caught it sweetly.

“I’ve not scored many like that, I think most of my goals have been deflections. That was probably up there with my best.

“But I was wise enough to know there was a long way to go in the match so I wasn’t running away celebrating.”