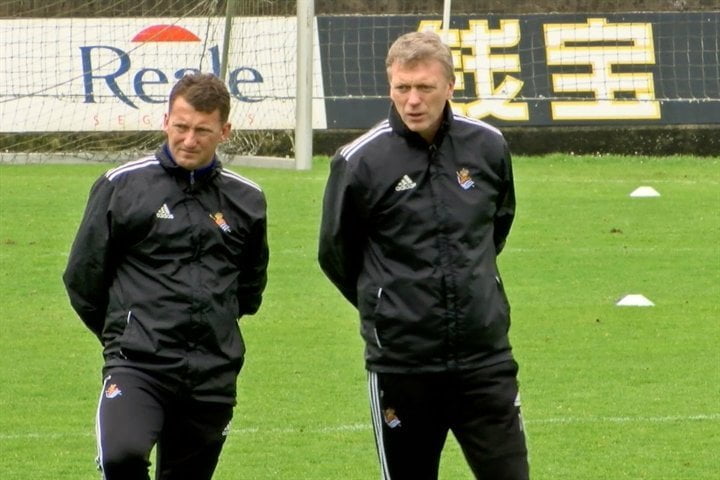 EXCLUSIVE: I could manage Celtic one day, says Moyes

EXCLUSIVEReal Sociedad boss David Moyes has admitted he would love the chance to manage Celtic in the future.

The 51-year-old played for the Hoops in the 1980s, helping to win the Scottish Premier League in 1982 and has been linked with the managerial position at the club before.

Moyes enjoyed a successful reign at Everton before being successor to Sir Alex Ferguson at Manchester United but was sacked after nine months in the job.

However, Moyes is determined to rebuild his career in Spain and also hasn’t ruled out the possibility of returning to the Premier League.

Asked if he would love to manage Celtic one day, he told Peter and Roughie’s Football Show: “Yeah, I’ve always said I think you have to be ready to manage Celtic. It’s a worldwide club renowned throughout the world wherever you go.

“One day, I wouldn’t say definite but there’s always a chance. Scotland is my home, Glasgow is my home and always will be.

“But just now I’m out thinking how I can go about doing well in Europe and win a European trophy.

“I might be Spain a long time I don’t know. My career path altered slightly last year so I’ve got to say this is what I’m doing and I’m really enjoying it.

“Unfinished business in the Premier League? I wouldn’t say no to that. I wouldn’t say unfinished because I did my business with Everton and what I did there gave me the opportunity to manage at a club like Manchester United. But look there’s no guarantees.

“I’ve come to La Liga I want to try to be successful here and get a team near the top of the league and my focus is on that.”