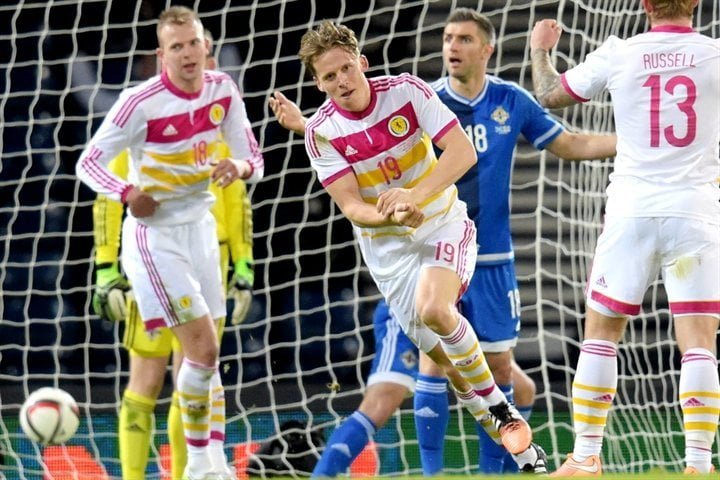 EXCLUSIVE: McKinlay determined to bounce back from ‘ridiculous’ sacking

Billy McKinlay believes his experience as No.2 at Real Sociedad to David Moyes will stand him in good stead for another crack at management.

The 45-year-old was sacked as Watford head coach after only eight days in charge in October last year, which he said “was that ridiculous it was beyond belief”.

However, the former Dundee United player joined up at La Real with Moyes in November and is determined to bounce back from that disappointment, and profit off the tutelage from the former Everton and Manchester United boss.

“At the minute I’m enjoying what I’m doing and learning off David,” he told Peter and Roughie’s Football Show.

“Hopefully if and when that time comes I’ll be more experienced and have a really good appetite for the game as I’ve always had.

“My knowledge has grown and when the time comes I’ll be able to offer somebody the right opportunity to do well.”

McKinlay’s playing career was most notable for his stints at Dundee United, Blackburn Rovers and Scotland.

After his career ended he had a spell as assistant at Northern Ireland and now he’s relishing the challenge of coaching abroad.

“It’s a really good opportunity. It’s something I’m looking forward too. It’s up to me to grasp it and learn as much as possible from the boss and the people round about,” he continued.

“It’s a different culture, environment and style of football and it’s something that I’m going to make sure that I can maximise.”

McKinlay admits sometimes getting his message across to the players can be an issue but being up, close and personal against the world’s best is an invaluable experience.

They might have suffered a 4-1 defeat to Carlo Ancelotti’s Real Madrid but they stunned Barcelona at the Anoeta in January to win 1-0.

Sociedad are mid-table in La Liga as a result of their inconsistency but McKinlay believes outside the big two and Atletico Madrid there is not much between the teams.

“Barcelona, Real Madrid were fantastic games – albeit the Madrid game didn’t go as we would have liked in terms of result – but seeing those guys up close was really something else,” he said.

“The other games have been difficult for different reasons and it’s really just trying to get a grasp of the style, culture and how the players play.

“The top end is real high quality you’d do well to get better teams than Real Madrid and Barcelona even Atletico.

“The rest are catching up and we probably find ourselves in that bracket where a few good results might have went the other way.

“We’re still building so hopefully we can jump on the coattails of Valencia and Sevilla.”