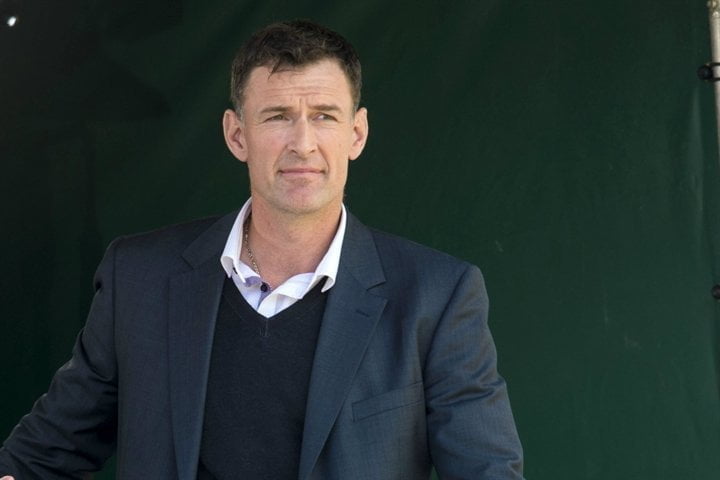 Celtic were one up and had the opportunity of a second but Leigh Griffith’s goal-bound header was blocked by defender Josh Meekings’ hand which would have resulted in a penalty and a red card though neither official saw it.

The Hoops have wrote to the SFA demanding an explanation for the decision or lack of it, while the head of referees John Fleming defended the officiating.

Sutton believes it has robbed the Hoops of a treble and Muir should now never be allowed to officiate in matches like that again.

“Alan Muir is no more than seven or eight yards away and that’s what he’s there for – to help the referee.

“He’s the main culprit for me. It’s robbed Celtic of winning the treble. I don’t think that fifth official should be allowed to be in that position again if he gets something so blatantly wrong.

He added: “It was probably the worst decision I can remember. The referee had a clear view of it. The fifth official is standing eight yards away how could he miss it? I slowed it down and watched it again and again and it is just utterly ridiculous.

“What is the point in having that fifth official? I just don’t get it. They never make a decision. It was an enormous cop out he must have seen it.”

You can watch the full interview with Sutton here.