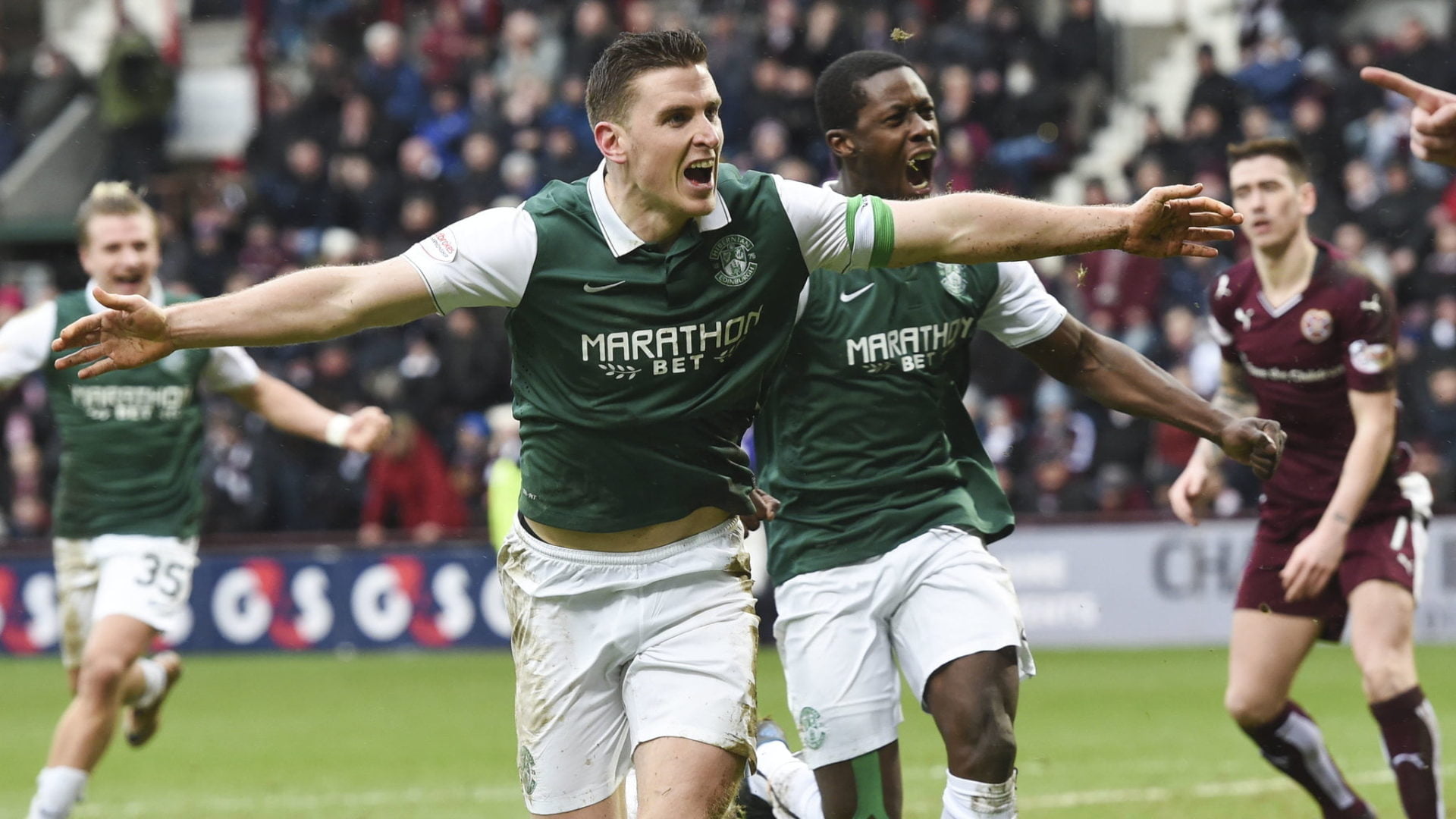 Falkirk fans could hardly believe what they were seeing as the Championship side stormed into a three-goal lead in this semi-final. It could have been four had Lyle Taylor converted his one-on-one chance before the break. However, Hibs produced a terrific comeback and Alex Harris got them back into it. Leigh Griffiths missed a penalty but atoned for his error by scoring a double – including the winner with a stunning left-foot drive.