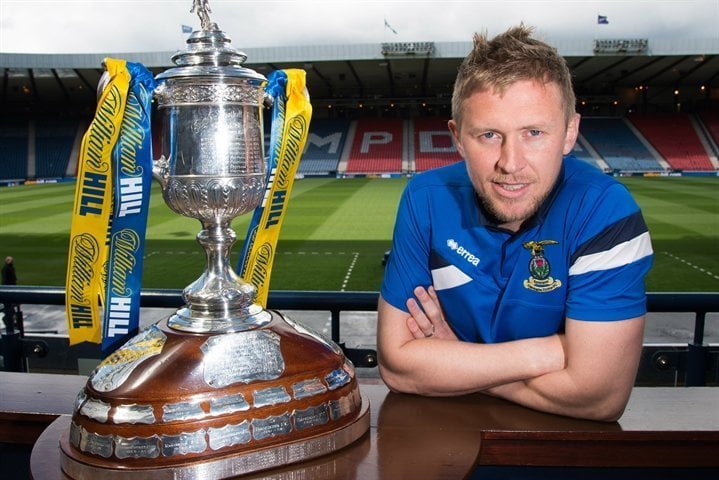 By IainMay 29, 2015November 22nd, 2022No Comments
Inverness CT club captain Richie Foran says he won’t join in the Scottish Cup celebrations if they win the final against Falkirk on Saturday.

Foran, 35, has not kicked a ball for the Highlanders this season after being sidelined for 14 months with a complicated injury which turned out to be bone disease in his knee.

As captain of the club he would be entitled to lift the tropby as suspended captain John Terry did for Chelsea in the Champions League final, but Foran says he will leave that duty to stand-in skipper Graeme Shinnie if they emerge victorious against the Bairns.

“It’s not for me. I won’t be going near the Cup,” he said. “I don’t feel I’ve done enough this season to go up and lift the Cup so I’ll leave that to a couple of other players who deserve it.

“In particular, Graeme Shinnie who has been unbelievable. He’s improved so much this season he’s been a great captain and a great leader, while I’ve been off and credit to him he deserves to lift that Cup but not me not in my mind anyway.”