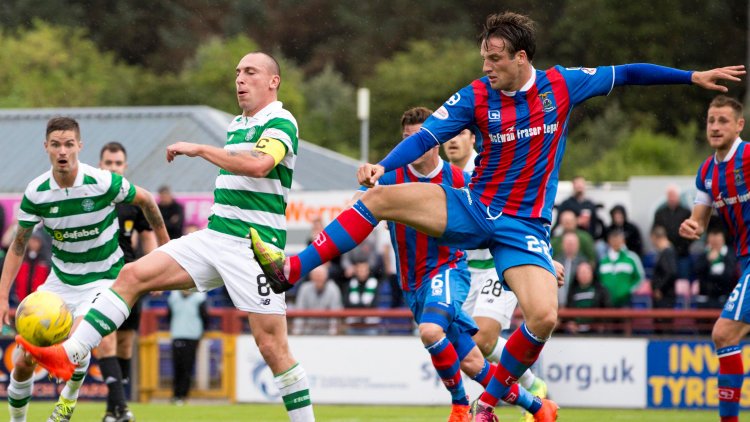 And his approach has been vindicated as Inverness produced a series of surprise results against some of the division’s top teams. After beating St Johnstone, Inverness have held both Aberdeen and Celtic to draws ahead of Saturday’s visit of Dundee.

McKay said: “Arguably, Aberdeen and Celtic are the best two teams in Scotland, so anything you get from them is a bonus. The manager puts belief in us and told us before the game and at half-time of both games, that we could win it.

“You think getting away without a hammering against Celtic you’ve done well, but he said he believed us to get something. It’s brilliant coming from the manager and it helps us going on the pitch.”

McKay made his first two appearances for the club against Aberdeen and Celtic following his move from St Johnstone.

The central defender has been deployed at right-back and has been encouraged by the start to his career in the Highlands.

“It’s been a case of keeping it tight at the back,” he said. “That gives you the foundation to pick something up – we’re not happy with not keeping clean sheets but that will come. We’ve played two of the best teams going forward, so hopefully we can pick up a win and a clean sheet on Saturday.

“I’m feeling better each game. My fitness is getting there; it’s different playing right-back then centre-half. You need to get up and down a lot more and like any player, there’s a few things I need to improve on. There are aspects I believe I need to improve on but I’m just keeping it solid at the back and I’m feeling good.”