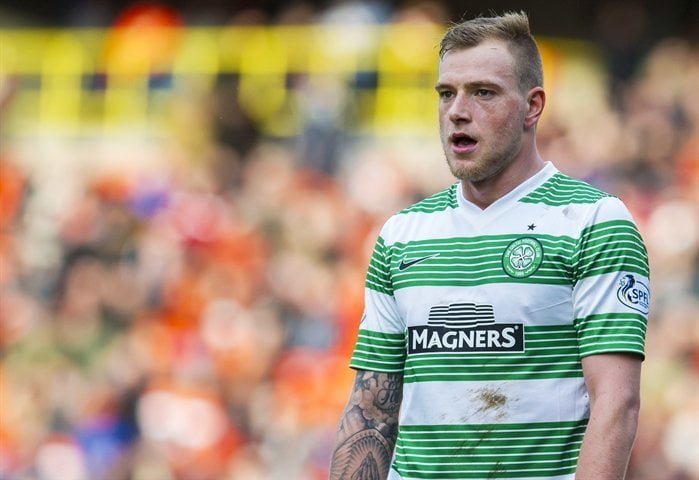 Former Celtic striker John Guidetti has fired a parting shot at Scottish football after claiming that his goals were considered lesser value.

Guidetti started impressively at the Hoops, netting 11 goals in 10 games but fell away thereafter.

He told Expressen: “I was taken out of the national team after scoring, I think it was 11 goals in 10 matches, but I did not play.

“Then I understood. It felt like my goals at Celtic were not counted in the same way as in other leagues and I can understand.

“We played Inter and the stadium was packed. It was the most magical atmosphere I have experienced. But there are too few big games in Celtic.

“So I felt that my goals were not counted in the same way as in another league. There are too few ‘big games’.”

“I would start, but the day before the game he [Deila] said I would sit on the bench because I was not going to stay at the club, he said he would focus on the players who wanted to be there.

“The coach said that we can’t play you if you keep scoring goals and we build up your value , and then you leave the club.”