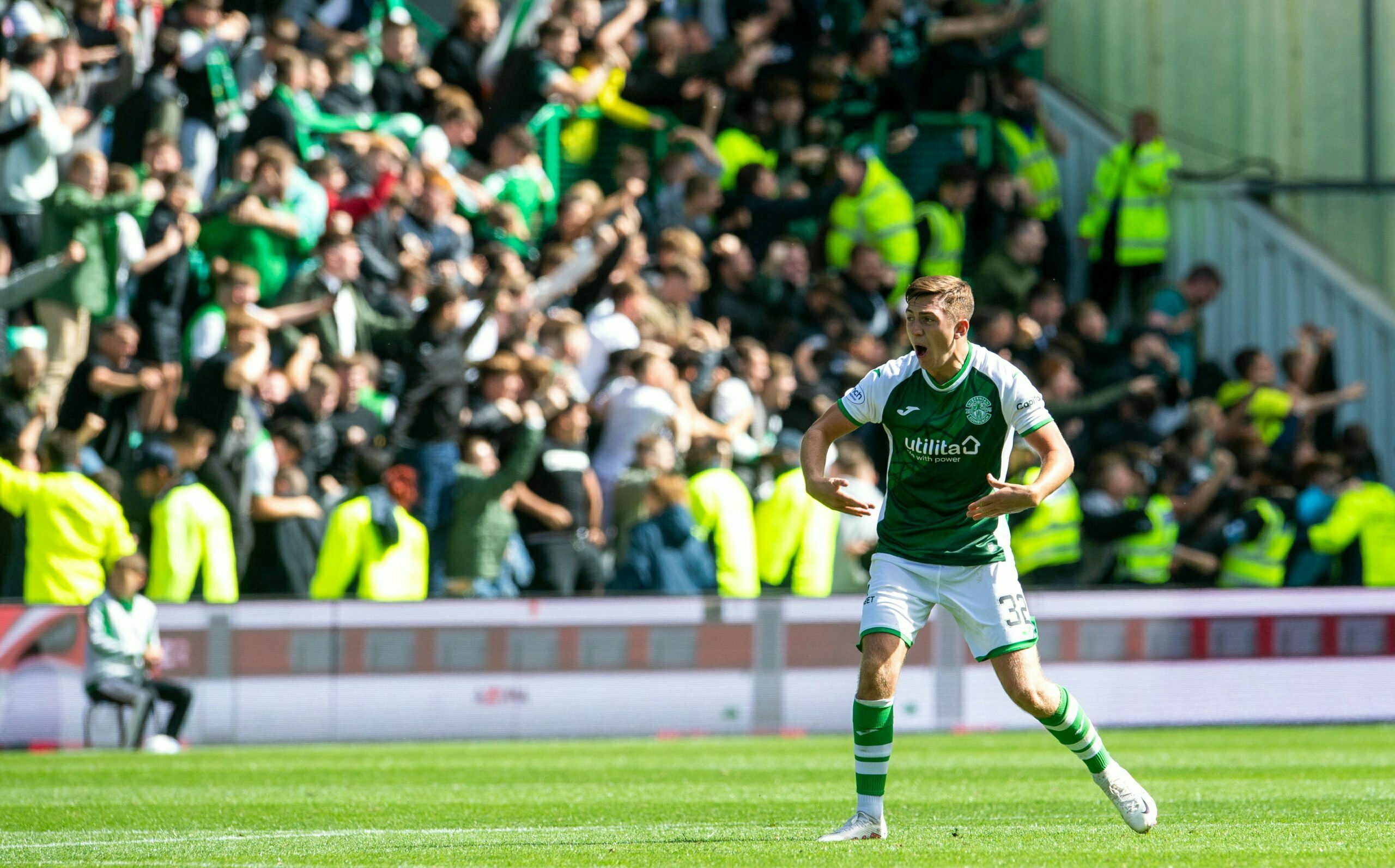 Rangers and Hibernian shared the points in a breathless game, where refereeing decisions were once again under the spotlight.

Hibs were looking to bounce back after their loss to Livingston last week, whilst Rangers were aiming to take top spot in the Scottish Premiership with a positive result in Edinburgh.

The match began with an emotionally charged minutes applause for the late Andy Goram. ‘The Goalie’, who had played for both sides, passed away earlier this year.

Despite a raucous atmosphere, neither team could take a hold of the match in the opening minutes with the first real chance falling to Rangers’ in form front man Antonio Colak. The Croatian forward sent a looping header over the bar which was realistically never troubling Marshall.

Lee Johnson made an unorthodox double first half substitution bringing on Christian Doidge and Marijan Cabraja for Paul Hanlon and Ewan Henderson respectively, in attempt to match Rangers back four.

Ryan Kent found himself in space on the left at various points in the half but was wasteful with his chances, sending a shot over the bar on 35 minutes.

This theme continued moments later as Tom Lawrence refused the opportunity to have a clear attempt at goal instead passing it wide to Kent and losing momentum in the process.

Rangers took the lead on the stroke of half time after James Tavernier converted a penalty won by Antonio Colak. The striker was bundled over by Rocky Bushiri, with the Belgian receiving a yellow card.

Chances had been at a premium in the half, despite Rangers going ahead, with there being more yellow cards than shots on target. Hibs will have felt aggrieved conceding what they will see as a needless penalty but the game was there for either side to take a hold of.

Hibs came out like a steam train in the second half and it took just five minutes for derby day hero Martin Boyle to net an equaliser. The Australian got on the end of Elie Youan’s low ball to send the home crowd delirious.

They were only on level terms for seven minutes however before Tom Lawrence nodded in a delicious Borna Barisic cross to restore the visitors lead.

Minutes later however, John Lundstram picked up a straight red card for a tackle from behind on Martin Boyle. The man who was so influential for Rangers last season made a cynical attempt to stop a counter attack which the referee appeared to deem as serious foul play.

Alfredo Morelos made his eagerly anticipated return to action, replacing Colak on the hour mark. His day was short lived however as he too was shown a straight red card fifteen minutes after entering play.

The Colombian seemed to swing an arm at Marijan Cabraja, however Rangers may suggest his reputation preceded him as Willie Collum sent him to the dressing room before barely getting his boots dirty.

Hibs ramped up the pressure in the final minutes as they attempted to capitalise on their numerical advantage, with both Rocky Bushiri and debutant Lewis Miller having efforts go close.

Rangers finally succumbed to the tidal wave of Hibs’ attacks when Josh Campbell rifled home a spectacular volley from the edge of the box. The nine men couldn’t hold on to their three points and even at this early stage, hand city rivals Celtic an opportunity to open a points gap.

Both teams leave the capital with a point, however the conversation in the coming days will turn towards the decisions made by the man in the middle of the park