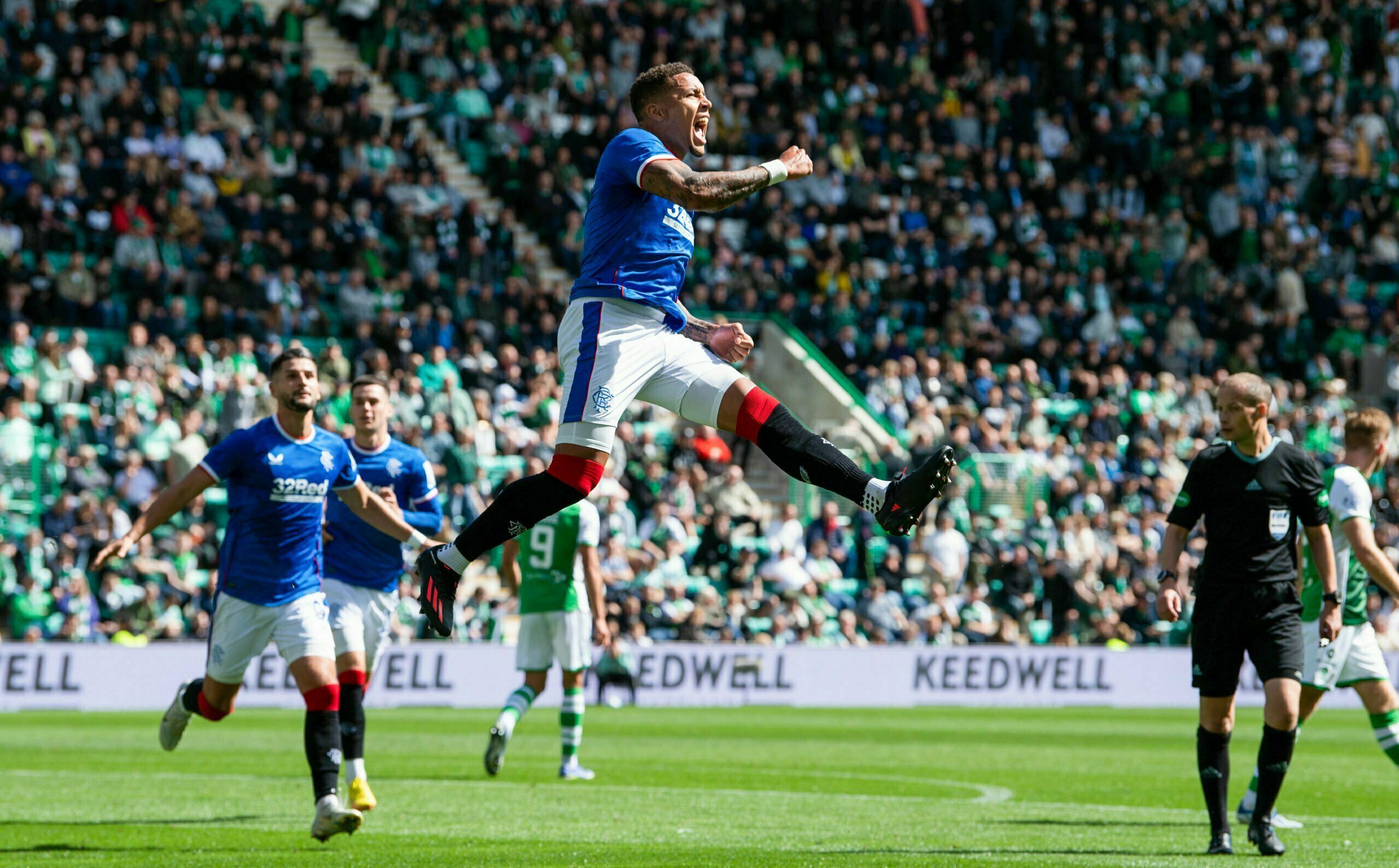 Hibernian are looking to bounce back after their loss to Livingston last week, whilst Rangers are aiming to go back to the top of the Scottish Premiership with a positive result in Edinburgh.

The match began with an emotionally charged minutes applause for the late Andy Goram. ‘The Goalie’, who had played for both sides, passed away earlier this year.

Despite a raucous atmosphere, neither team could take a hold of the match in the opening minutes with the first real chance falling to Rangers’ in form front man Antonio Colak. The Croatian forward sent a looping header over the bar which was realistically never troubling Marshall.

Lee Johnson made an unorthodox double first half substitution bringing on Christian Doidge and Marijan Cabraja for Paul Hanlon and Ewan Henderson respectively, in attempt to match Rangers back four.

Ryan Kent found himself in space on the left at various points in the half but was wasteful with his chances, sending a shot over the bar on 35 minutes.

This theme continued moments later as Tom Lawrence refused the opportunity to have a clear attempt at goal instead passing it wide to Kent and losing momentum in the process.

Rangers took the lead on the stroke of half time after James Tavernier converted a penalty won by Antonio Colak. The striker was bundled over by Rocky Bushiri, with the Belgian receiving a yellow card.

Despite Rangers going in ahead at the break, chances have been at a premium in this half, with there being more yellow cards than shots on target so far. Hibs will feel aggrieved conceding what they will see as a needless penalty but the game is there for either side to take a hold of.