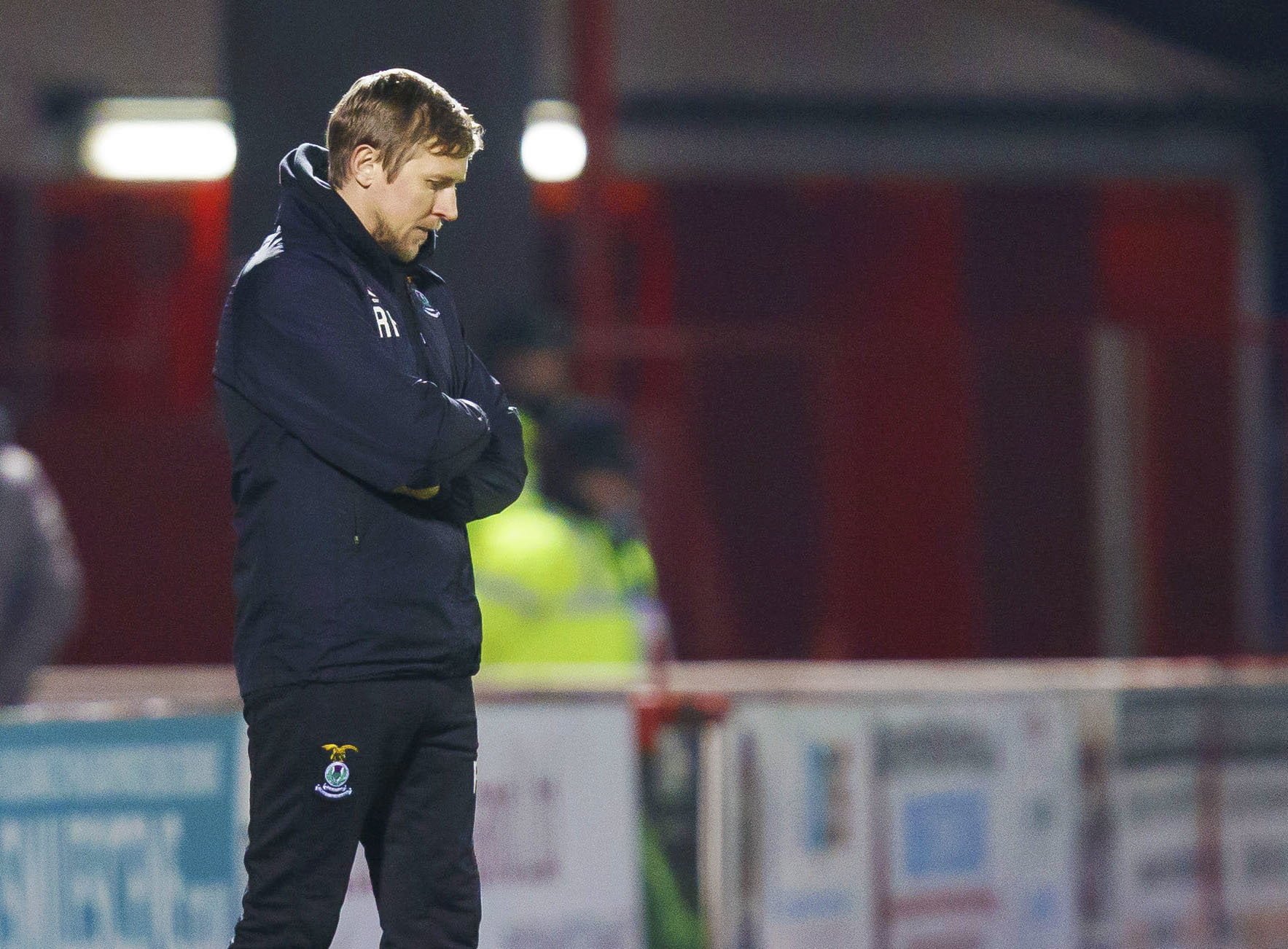 Inverness boss Richie Foran hit out at his “weak” players as he admitted his side are now in relegation trouble.

The Highlanders suffered a 3-0 defeat to fellow strugglers Hamilton which now leaves them three points adrift at the bottom.

The Irishman has previously refused to contemplate a battle against the drop, but their limp display at the SuperSeal Stadium now leaves him with no choice.

Foran said: “That puts us in a relegation battle.

“Unfortunately we have a few players hiding. We have a few mentally weak players, who can’t handle it.

“They can’t handle being bottom of the league. There are a few lacking a bit of bottle.

“It is worrying and maybe those players need a rest. You are looking for warriors and fighters now.

“I can’t keep making excuses for them. It is not good enough.

“I’m sick of hearing apologies for individual mistakes when I go in after the game.

“I don’t want to hear that any more. They need to keep their mouths shut and go out and perform. I can’t keep telling them to have belief, they’ve got to believe it.”

Alex D’Acol, Grant Gillespie and Rakish Bingham all netted as Accies claimed their first win in 13 league games, while home keeper Gary Woods saved a Greg Tansey penalty with the score at 1-0.

“It’s a huge win given the importance of the game,” admitted Hamilton boss Martin Canning, whose side stay in 11th. “I said to the players that probably should have happened on three or four occasions this season when we have performed well but haven’t got the second goal.

“Tonight you saw the difference when we capitalised on the big moments. It puts you a position where you can become more comfortable and the boys can relax.

“We haven’t had enough wins but hopefully tonight can be the turning point.”

Canning is sweating on an Achilles injury suffered by midfielder Ali Crawford but has not given up hope of landing a striker despite failing to add to his squad before Tuesday’s transfer deadline.

He said: “I imagine there will be quite a few players getting released so they can move on as a free agent, so we will see if we can pick someone up.”