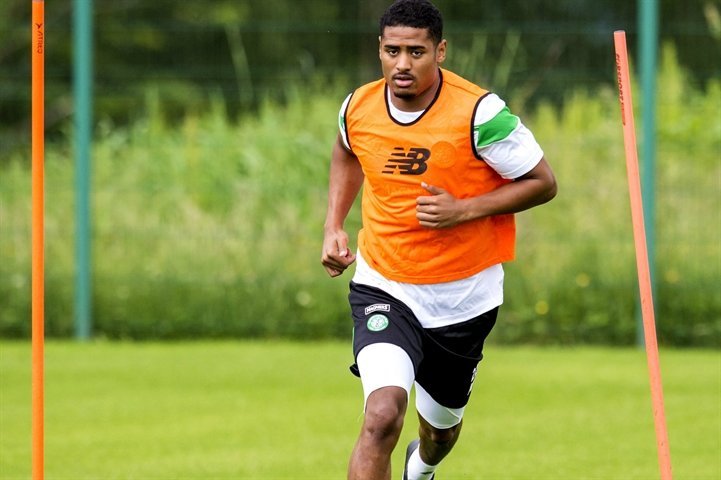 Janko: I couldn’t resist the lure of Celtic

The full-back signed from Manchester United on a four-year deal on Wednesday to become Ronny Deila’s second summer signing and watched on as his new team-mates won a friendly 2-0 over FC Den Bosch at St Mirren Park.

The warm-up match was incomparable to what the 19-year-old has heard about Champions League nights in Glasgow’s East End, which even Barcelona’s Messi and Xavi raved about after they lost 2-1 at Celtic Park in November 2012.

And Janko is desperate to help Celtic qualify for the Champions League so that he can sample the occasion himself.

“I’m looking forward to the atmosphere and the fans which will hopefully be on a Champions League night or even league days.

“Even big players like Messi and Xavi dream about the atmosphere at Celtic Park so I’m looking forward to that.”

Janko revealed he would have been happy to stay at United but felt he needed a fresh challenge having been unable to force his way into the first team with only one appearance to his name.

The full-back picked up some experience out on loan last season at Bolton, managed by former Celtic boss Neil Lennon, and now he intends on making himself a first-team regular at Celtic.

“I was quite happy to stay at Manchester United but Celtic is hard to resist. I’m in the first team everyday I’ll train with them and hopefully get in the first XI.

“At Man United it’s a bit more difficult.They are a big club too and I had a great time there. But I thought I needed a new challenge and here I am.

“It was a hard place to leave because it’s one of the biggest clubs in the world. But it’s hard to leave any place, not just United.

“It’s not easy to break into these big English clubs these days but at United it was easier because they give young players a chance. It’s up to you whether you take it or not.

“That’s what I’m here to do now at Celtic. I’m here to get more game time. If I push more, my other team-mates will push more and the whole level gets better. That’s good for the whole team.

“Deila’s a very good coach. He spoke with me about many things I can’t tell you everything. He wants me to work on a lot of things and make me better as a player. That’s what he told me and I’m happy to do that.”